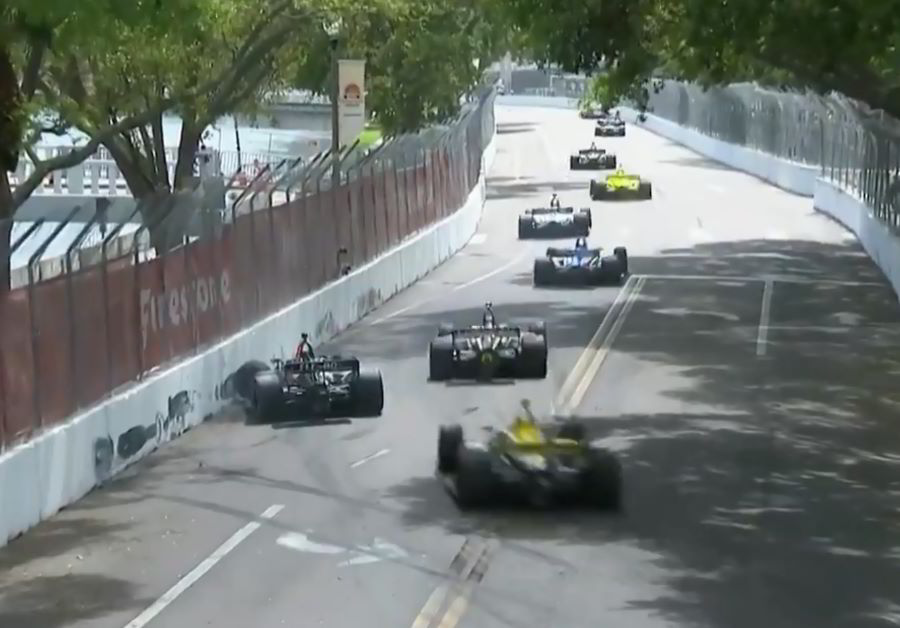 Jones brushed the wall in Turn 9 resulting in the No. 20 hitting the outside wall nose first.

“It was a frustrating weekend," he said. “We had the pace to be at the front in qualifying. Then today, the guys gave me a great race car. We had to take risks to get forward quickly. I made it from 16th to ninth, then I just tried to get a run on Hinchcliffe and unfortunately, I clipped the inside wall in Turn 9 and that was it. I’m sorry for the team, they did great work and they deserved a better result."

The report added that Jones was taken to the Infield Care Center after complaining about a pain in his left hand. It would be later confirmed that Jones suffered a ‘small non-displaced fracture of his distal 4th metacarpal’ by IndyCar Medical Director, Dr. Geoffrey Billows.

With proper splinting, Jones will be able to continue his 2019 campaign with Ed Carpenter Racing. The next race on the NTT Data IndyCar Series season will be on March 24, 2019 a Circuit of the Americas in Austin, Texas.