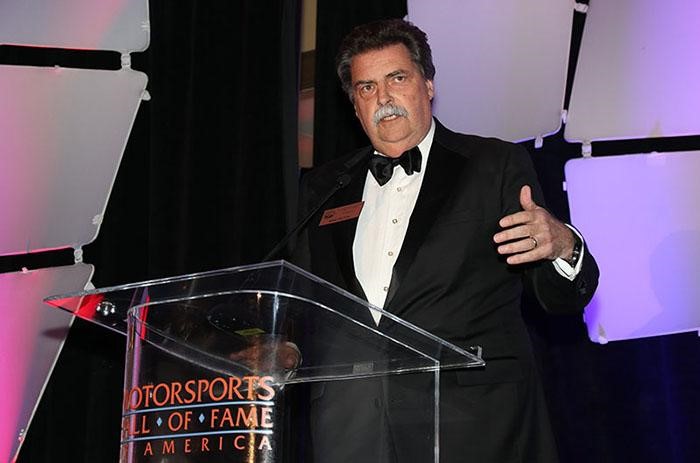 The 31st Annual Motorsports Hall of Fame of America (MSHFA) Induction Ceremony Presented by Firestone, Tuesday March 12, will be a high-level summit of motorsports executives as the industry's brain trust and other notables from the world of racing gather to honor the Class of 2019 inductees at the Shores Resort and Spa Hotel.

Two of the world's foremost racing leaders are taking part in the induction ceremony itself. Chase Carey, Formula One Group CEO and Executive Chairman, is presiding over the event as Honorary Chairman. Doug Boles (pictured bottom), President of the famous Indianapolis Motor Speedway, is presenting Duesenberg for enshrinement.

The host track, and home of the Motorsports Hall of Fame of America and Museum, Daytona International Speedway (DIS), will be represented at the induction events by DIS President Chip Wile. Induction 2019 marks the fourth year the ceremony has taken place in Daytona Beach in step with the MSHFA's move to DIS in 2016, from Michigan. The Hall is housed in the speedway's Ticket and Tours Building located in front of the famed 2.5 DIS tri-oval.

In addition to those taking part in the ceremony, leaders of most of racing's premier sanctioning bodies will be attending, including:

The MSHFA Museum is the site of tonight's annual Heroes of Horsepower Reception where the seven new inductees' bronze busts that will be displayed permanently in the Hall are unveiled.

On Tuesday at 9:30 a.m., the annual Inductee Breakfast Presented by Toyota will be held in the Rolex 24 Lounge in the speedway's stadium grandstands.

Tickets for all events on Monday and Tuesday are available by visiting www.MSHF.com or by calling (386) 681-6843.