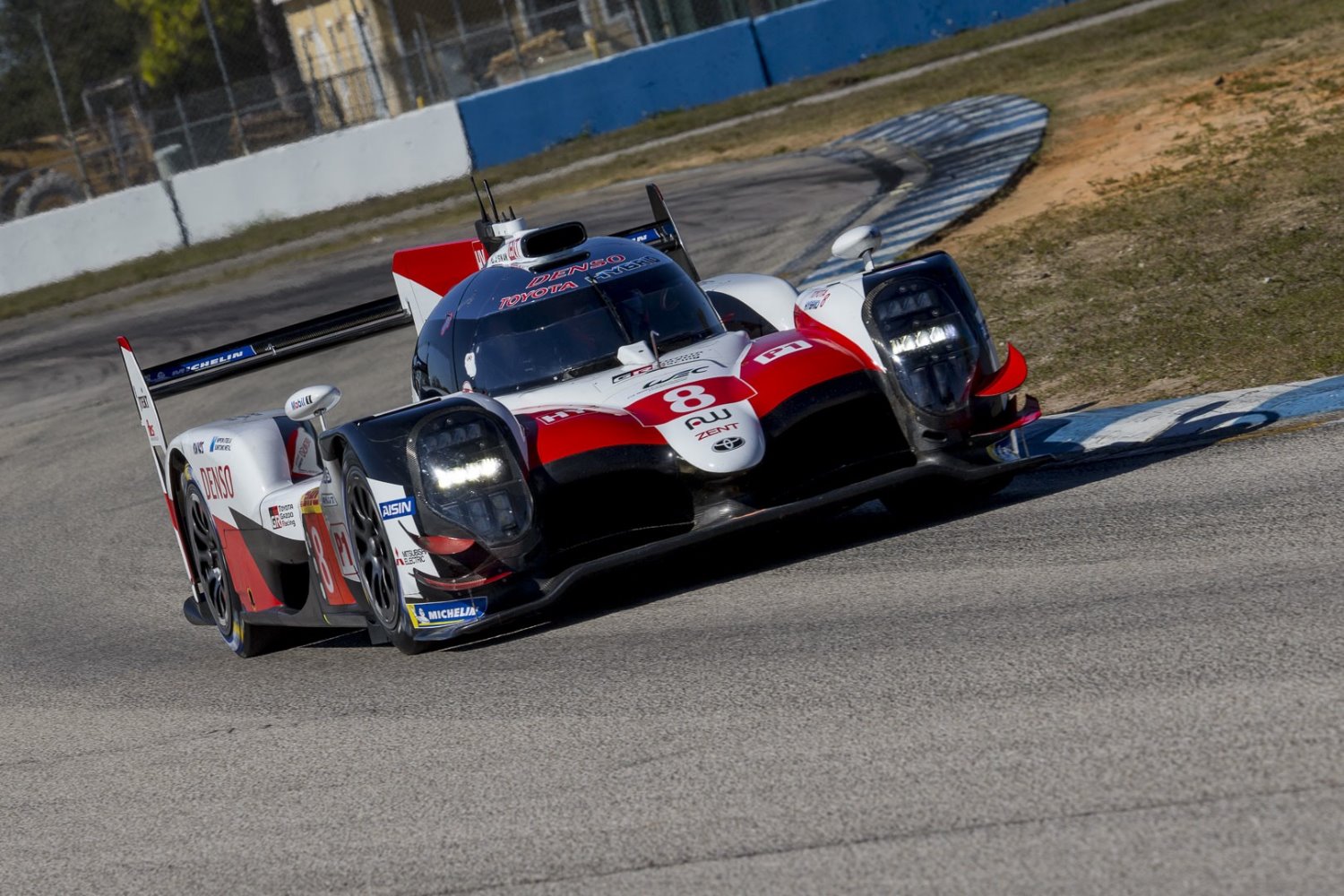 The first full day of testing at Sebring Raceway has concluded with Toyota Gazoo Racing, TDS Racing, Ford Chip Ganassi Team UK and Aston Martin Racing at the head of each of the four categories.

During the four-hour afternoon session, the No.7 Toyota TS050 HYBRID in the hands of Mike Conway lapped the 3.74 mile/5.984m, 17-turn circuit in 1.41:211, unofficially breaking the existing Sebring track record by more than 2.5 seconds.

In LMP2, TDS Racing’s Loic Duval clocked a time of 1:47.869 in the No.28 ORECA 07 Gibson, while Ford Chip Ganassi Team UK led a typically tight LMGTE Pro class. Jonathan Bomarito was fastest in the No.67 Ford GT with a lap of 1:58.318 while Aston Martin Racing’s Pedro Lamy stopped the clock at 1:59.435 in the No.98 Aston Martin Vantage LMGTE Am entry. All fastest times were set in the afternoon session.

Toyota, which is making its Sebring race debut, is among the 29 WEC entries taking part in a two-day test session ahead of the 1000 Miles of Sebring, round six of the 2018-19 FIA World Endurance Championship.

Testing will continue on Sunday, and the next session for the WEC cars will be Free Practice 1 on Wednesday, 13 March for the start of official track action as part of the joint WEC/IMSA Super Sebring weekend.