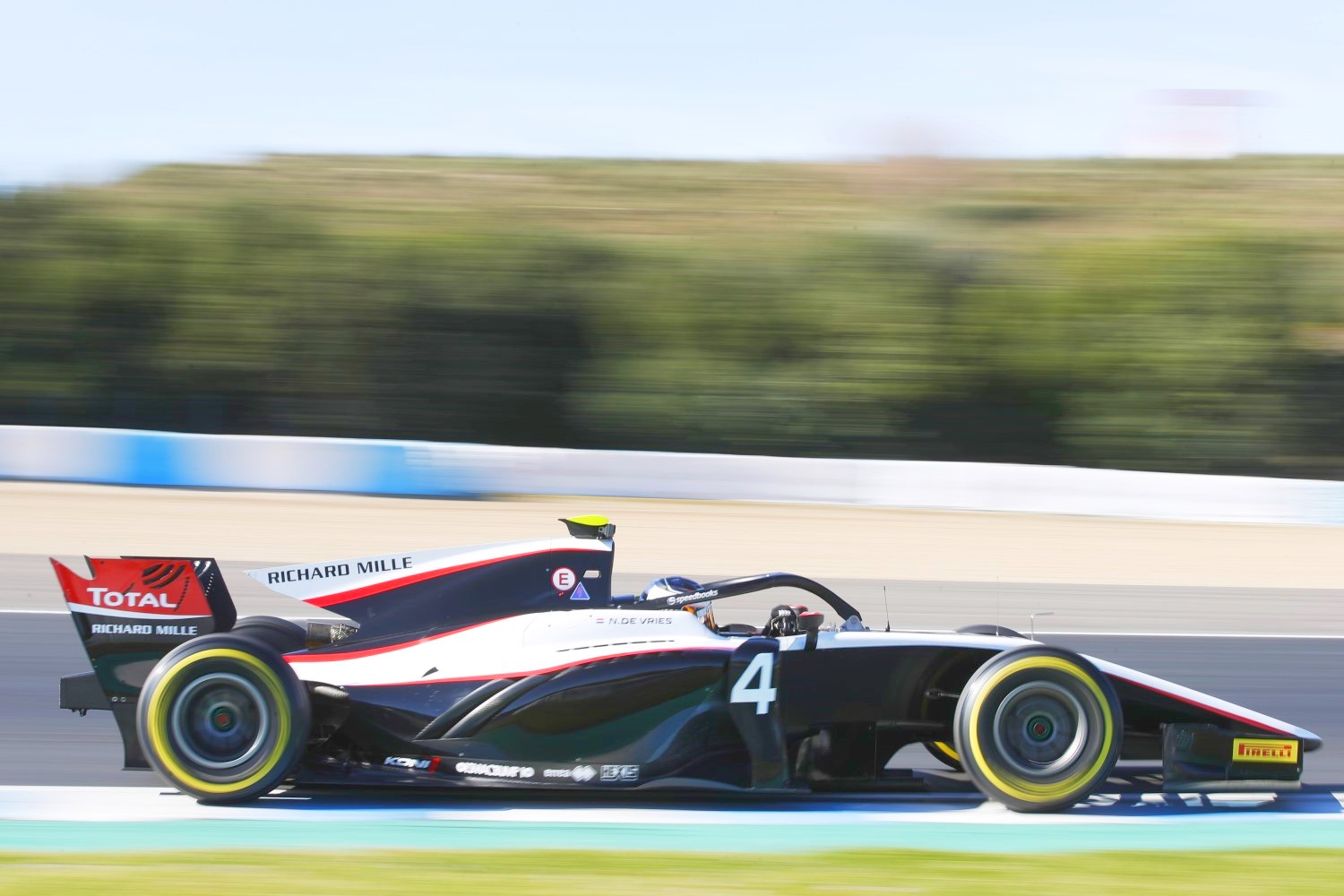 Nyck de Vries has once again topped the timesheets in the final day of the FIA Formula 2 pre-season testing at the Circuit de Barcelona. The ART Grand Prix driver set a laptime of 1:27.024 in the morning session to head Luca Ghiotto and Louis Deletraz. In the afternoon, Juan Manuel Correa was quickest.

Day 3 of testing opened in sunny conditions. Nicholas Latifi was the first driver to hit the track whilst de Vries set the early pace ahead of Ghiotto. The Dutchman improved further to set a time of 1:27.576 in the first half hour of the running. Carlin’s drivers Deletraz and Nobuharu Matsushita also broke the 1m28s barrier to move up to second and third respectively.

The drivers switched from Medium to Soft tires and Ghiotto went top in a 1:27.263 whilst teammate Guanyu Zhou moved up to second (+0.191s). De Vries also found some extra pace to clock in a blazing laptime of 1:27.024 as Deletraz went third quickest behind Ghiotto.

Just before the midway point, the man of the day de Vries spun and stopped at Turn 2 bringing out a red flag. The remainder of the session was dedicated to race simulations and pit stop practices. At the checkered flag the top 3 remained unchanged. Zhou, Matsushita, Nikita Mazepin, Jack Aitken, Sergio Sette Camara, Sean Gelael and Ralph Boschung rounded up the top 10.

After a one-hour break, the pit lane re-opened. Deletraz was the first man back on track ten minutes later. Soon after that Roberto Merhi signed the quickest laptime to sit pretty at the top of the timesheets ahead of Tatiana Calderon and Boschung.

It was a studious afternoon for the teams and the drivers who once again focused on long runs. Twenty minutes before the checkered flag, Correa went fastest by three tenths over Merhi. Calderon ended third ahead of Boschung, Richard Verschoor (who replaced Jordan King at MP Motorsport today), Sette Camara, Matsushita, Gelael, Aitken and Latifi.

This concluded the pre-season testing for the FIA Formula 2 Championship. It’s time for the teams to pack up and get ready for the first Round of the 2019 season which will kick off at the Bahrain International circuit on March 29-31.