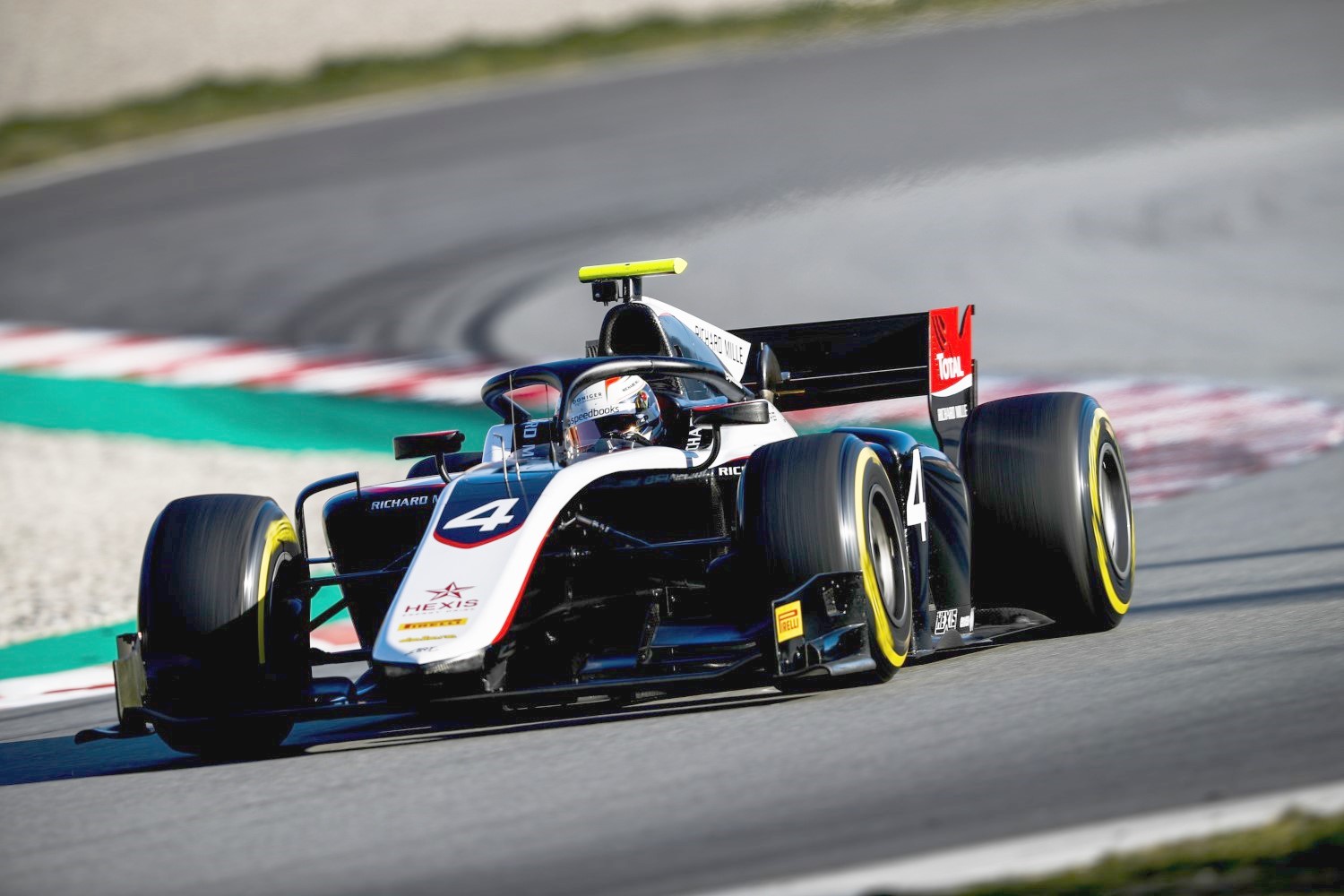 Nyck de Vries set the quickest laptime on the opening day of the second FIA Formula 2 pre-season testing at Barcelona. The Dutchman from ART Grand Prix set a time of 1:28.655 in the afternoon session to lead the way ahead of DAMS’ Sergio Sette Camara and rookie Nikita Mazepin.

The pit lane opened at 9.30 local time under grey skies. Both Trident cars hit the track first with Giuliano Alesi leading Ralph Boschung. There was an early red flag a few minutes into the session after MP Motorsport’s Mahaveer Raghunathan stopped on track at Turn 7. The proceedings were halted once more shortly after the re-start so that the marshals could clean the pit lane.

One hour into the session, Raghunathan was the only driver who had set a laptime until his teammate Jordan King found some pace to dip under 1m30s. Carlin’s Louis Deletraz went top in a 1:28.919, heading teammate Nobuharu Matsushita by +0.804s, but de Vries went quickest just before the two-hour mark in a 1:28.821 as Luca Ghiotto slotted in P2 (+0.048s).

At the checkered flag de Vries sat pretty at the top of the standings ahead of Ghiotto and Deletraz. Jack Aitken was fourth ahead of Mazepin, Nicholas Latifi, Matsushita , Alesi, Sette Camara and Guanyu Zhou.

After a two-hour lunch break, the action resumed under blue skies. The ART pair of de Vries and Mazepin were the first to take to the track, but it was Ghiotto who set the early pace in a 1:29.176. The afternoon session was dedicated to race simulations and pit stop practice. Campos’ Roberto Merhi brought out a first red flag on the one-hour mark after he stopped at Turn 2.

At the re-start, Juan Manuel Correa placed his Sauber Junior Team by Charouz car on P2 but de Vries bettered the American’s time by three tenths. On his next effort, the Dutchman was able to go top whilst teammate Mazepin also set a personal best to move up to second.

In the opening of the final hour, Mick Schumacher claimed the top spot in a 1:28.866 and remained unchallenged until fifteen minutes before the end of the session: de Vries reclaimed P1 as Sette Camara moved up to P2 to edge Schumacher. Mazepin also improved to take third in the closing stages.

Five minutes before the checkered flag Raghunathan stopped at Turn 8 bringing out one final Red Flag. The session was not restarted. Behind the top three, Schumacher, Ghiotto, Zhou, Sean Gelael, Boschung, Correa and Aitken completed the top ten.