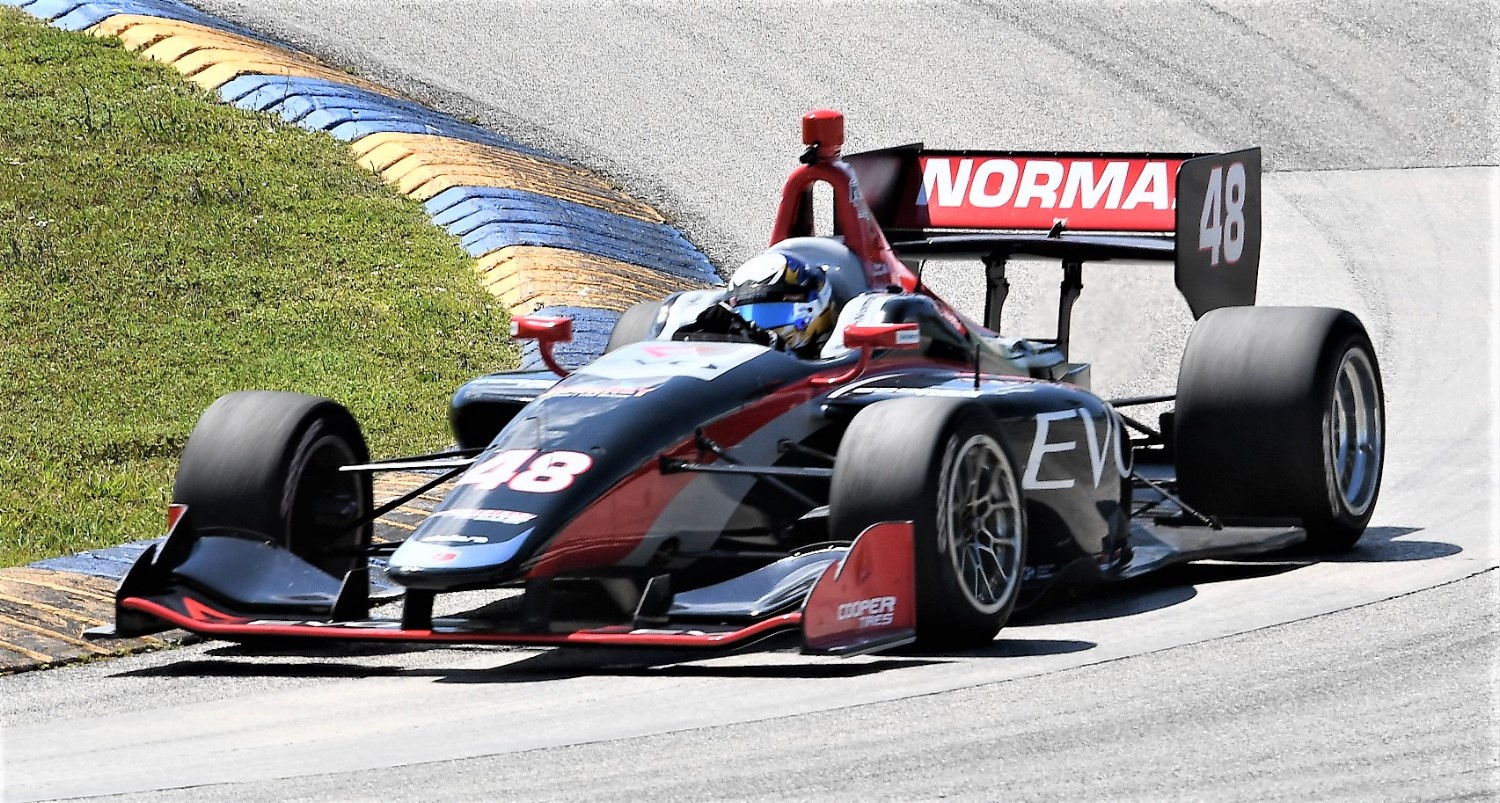 Lap times tumbled in the final 15 minutes of the day as many of the drivers ventured out on fresh sets of Cooper tires. Norman, from Aurora, Ohio, who had been quickest for most of the afternoon, kept his nose ahead of the pursuing pack with a best lap of 1:15.1962, an average speed of 105.803 mph.

“We were really quick on used tires this morning and were pretty fast in the race run this afternoon," said Norman, who will start the 2019 season this coming weekend in St. Petersburg, Fla., with momentum on his side after taking his first Road to Indy race win in the final weekend of the 2018 season at Portland, Ore. “Now we just have to go to St. Pete and execute. I’ve set goals every year, so this year my goal is to win as many races as possible and earn as many podiums as possible."

Megennis, from New York, N.Y., who is stepping up this year from the Indy Pro 2000 Championship Presented by Cooper Tires, pushed his more experienced teammate close with a lap of 1:15.3661.

“I’m super happy with how the day went and super comfortable," said Megennis. “It’s a great crew and I have great teammates. After today, being quick in both sessions, I just want to get to St. Pete and get going."

After joining the Belardi team only a few days before the test having tested previously with Andretti Autosport, Falchero also impressed during his first outing at Homestead-Miami by ending the day just over three-tenths of a second shy of the benchmark time.

“It’s always tricky to go to a new team this close to the first race, so there is a lot to do," said Falchero. “As a driver, the relationship you have with your engineer is so important, so today was about getting to know everyone and that went even better than could be expected; the team was so welcoming. The car is good, we work well, so I’m very happy. This was my first time in this car and it’s never easy to jump in a new car. I have a lot of work to do now, to be ready for this weekend – my first time in St. Pete and my first time on a street circuit in America – so I’ll go through the data and video and process as much information as I can."

Belardi teammate Zachary Claman, from Montreal, Que., Canada, ended the day fourth, narrowly ahead of the third Andretti Dallara of Oliver Askew, from Jupiter, Fla., who topped the charts this morning with a best lap of 1:16.0139.

“The main goal today was to make sure that we go to the first race with no question marks," said Askew. “We worked as much as we could on car setup and how certain changes affect the car. This is only my fifth day in the car so it’s very new to me and I’m trying to learn as much as I can. I did a race stint this afternoon for the first time, so we understand better how to manage the tires. This was basically a systems check, so we accomplished all our goals."

Also of note, Englishman Toby Sowery turned his first-ever laps in an Indy Lights car after finalizing a very late deal to join BN Racing/Team Pelfrey for the start of the season. Sowery, who finished second in his only two Indy Pro 2000 starts last June at Road America – and also posted a new lap record – ended the day ninth quickest with a time less than 1.3 seconds off the ultimate pace.

“Today was not about times, it was about shaking down the car, trying different setups," said Sowery. “We got enough laps for me to be comfortable, especially in a car I’ve never driven and at a track I’ve never been to before. The last single-seater I drove was the Indy Pro 2000 car so this is much more horsepower. The GT3 I drove last year had more horsepower, but it weighed two or three times more."

Judging by the intensity of today’s test, as well as a previous pre-season outing at Circuit of The Americas last month, the 2019 season seems set to provide another exciting battle for the championship and a guaranteed prize of competing in a minimum of three IndyCar races in 2020, including the 104th Indianapolis 500. The new campaign kicks off in only a few days when the teams will reassemble for the Indy Lights Grand Prix of St. Petersburg Presented by Cooper Tires. The weekend will commence with practice and qualifying on Friday, then one race apiece on both Saturday and Sunday in support of the opening round of the NTT IndyCar Series.