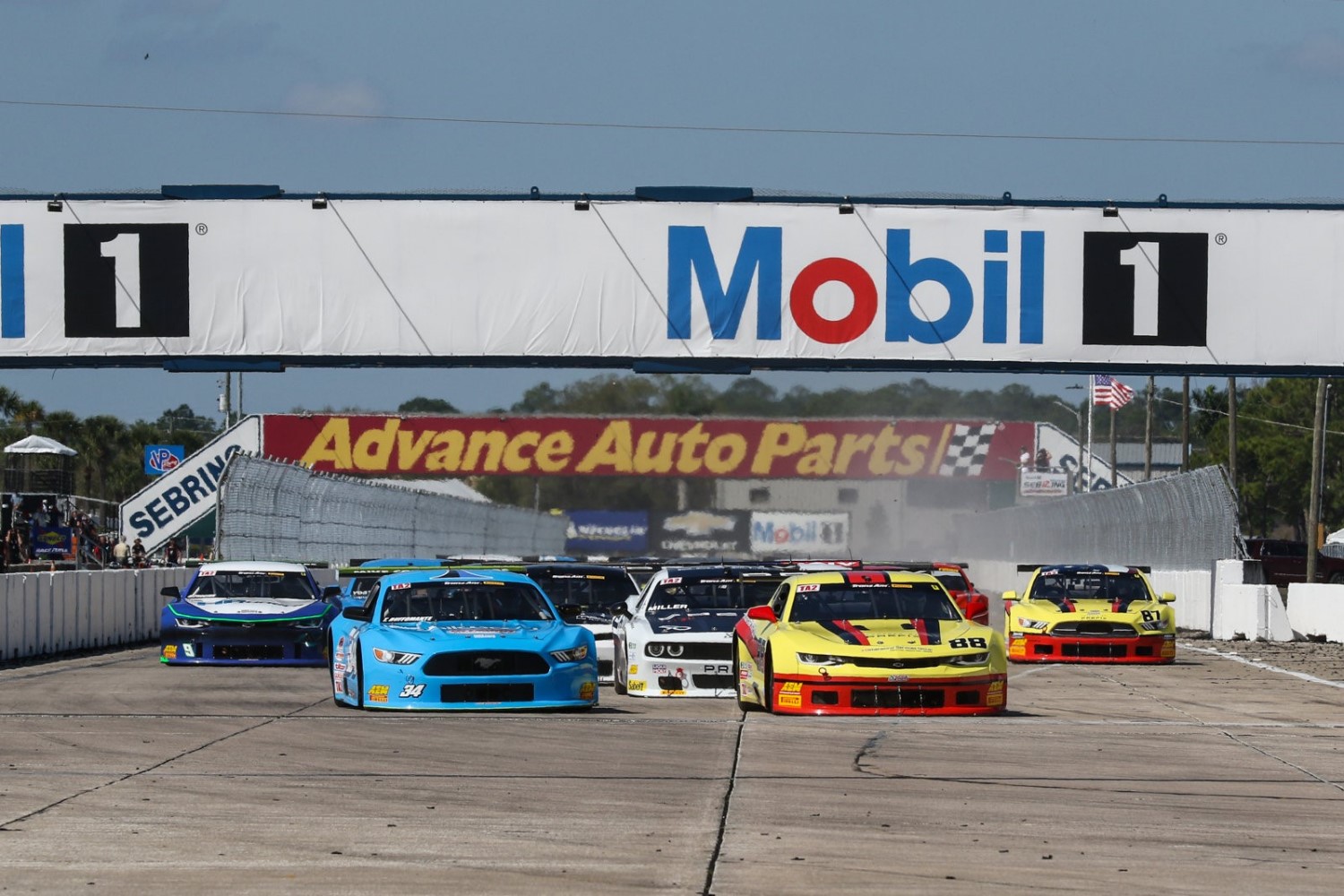 The race was the first of a double-header Trans Am event at Sebring, with the second race featuring TA, SuperGT, and GT classes set for Sunday afternoon.

One year after losing the TA2 race in the closing minutes at Sebring to Marc Miller, Matos kept the field in his rear-view mirror to win in the No. 88 3Dimensional.com Chevrolet Camaro after being chased all the way by Miller’s No. 40 Prefix/Stevens-Miller Racing Dodge Challenger. Miller finished second, with Scott Lagasse coming home in third ahead of two-time Sebring Trans Am winner Doug Peterson, as Tony Buffomante finished fifth in the No. 12 Mike Cope Racing Mustang

“Today was a redemption race, definitely," said Matos, the defending TA2 champion. “I was determined I was not going to lose the race this year. I knew that Marc (Miller) was saving his tires, he was being smart like he did last year. I did everything I could did in the middle of the race to save my car in case I needed it at the end. And when I needed to push the 3Dimensional car, it responded perfectly. It was a great day for everyone on our team. It’s been an amazing time."

Debuting a new No. 40 machine, numbered to celebrate the 40th anniversary for sponsor partner Prefix, Miller was hoping to replicate his last lap pass for the victory from 2018 but was still pleased to bring home a podium to start the season.

“When the yellow came out, I was thinking back to last year—and had to laugh thinking that Rafa was thinking the same thing!" said Miller. “But we didn’t have the balance that we needed with the car to get him. It is a new car and we learned a lot this weekend with it, we are just getting everything sorted. I’m really happy with the show we put on— we have a lot of Stevens-Miller guests here from Prefix, Liqui-Moly and Piper Aircraft, which is right up the road. The team did an awesome job with this car!"

Lagasse ran fifth in the early laps but worked his way up to third by lap 10 in the No. 92 SLR/Fields Tacing/M1 Racecars Camaro. He maintained that position the rest of the way for a podium finish.

“It was solid; it was what we needed," said the second-generation driver from St. Augustine, FL. “I owed it to the guys, because I gave up a little too much too early. That’s my fault, because we were just as good – or better – than anybody at the end. It’s what we needed. Last year, Sebring was hands-down my worst race track. I still have some things to work on as a driver – but we did a lot better and I’ll keep working."

Peterson finished fourth in the No. 87 3Dimensional.com Camaro, improving his position throughout the event to earn Masters honors.

“I wasn’t happy with 11th place in qualifying, because the car was better than that," Peterson said. “I knew I would be able to move up a little bit in the opening laps and I got a good launch. I kept moving up and moving up. Fourth place is amazing, but Sebring is my kind of track. You have to save the tires, and the only driver aids are your right foot and the steering wheel. It was amazing to see my teammate win. Rafa is a racer’s racer."

Elias Anderson, a 17-year-old from Driftwood, Texas, finished 11th in his TA2 debut driving the No. 31 AccioData/Sampson/Harris Hill Mustang. The forward progress earned the youngster a new Coolshirt after earning the Coolshirt "Cool Move of the Race" award.

“It was pretty cool," Anderson said. “ It is great to win a Coolsuit, because I had to borrow one for this race! I rented this car, and I couldn’t be happier with the result. Now I need a sponsor so I can continue. My only other time at Sebring was at 2 a.m, in a Porsche 935 (in the Classic 12 Hours), and it’s quite a bit different today driving a front-engined car against such great competition."

B C Race Car driver Misha Goikhberg missed the pre-race grid and was forced to start at the back of the 27-car field in the No. 10 BC Race Cars Camaro. He was up to 10th by the 39-minute mark, when he suddenly slowed in the Gurney Bend on lap 18 following a punctur

The first full-course caution waved on lap 20. Three laps after the restart, Curt Vogt had an off course excursion entering the Hairpin in the No. 23 Cobra Automotive Mustang, causing the race to end under caution.

While the opening round win puts Matos in the championship lead, that was the last thing on his mind after a champagne shower as he congratulated his teammate Peterson on the Masters win.

“We can’t be thinking about the championship, it is way too early to be thinking about that. It is a long season, there are 13 races. Our approach is race by race, qualifying by qualifying. If you start looking at the big picture you lose your focus. That man (teammate Doug Peterson) is very special the way he is driving and pushing himself and improving his skills is really impressive," said Matos.

Later today, Lawrence Loshak will start from the pole with Burtin Racing’s Chevrolet Camaros sweeping the front row for the TA/SGT/GT event, which takes the green flag at 3:25 p.m. ET