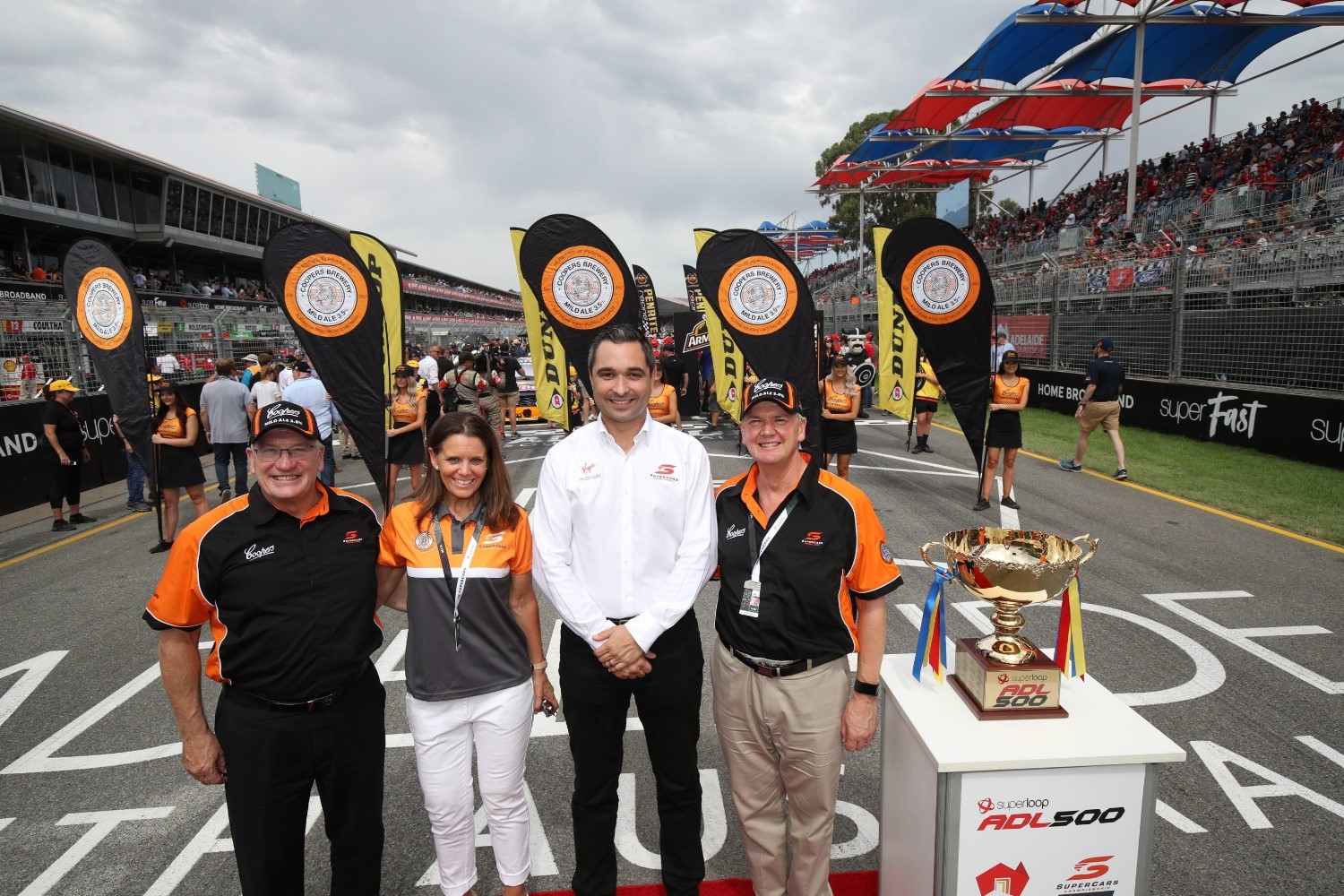 Australia’s only home-grown brewer Coopers has extended its partnership with the Virgin Australia Supercars Championship for a further two years.

The Adelaide-based, family owned company has been the exclusive Beer supplier for the Supercars Championship since 2012 with the extension taking them to nine years as a Series partner.

“The Supercars series has been fantastic for us," he said.

“Supercars is the third most attended sport in Australia and the fourth most watched and has enabled us to showcase a number of our beers across all states and particularly regional Australia.

“In particular it has boosted awareness of Coopers Mild Ale 3.5% which has now established itself as a leader in the Australian mid-strength beer market."

"It is fitting that here in Adelaide for our very first event of 2019 we are able to announce this extension with such an iconic South Australian brand as Coopers," Black said.

"The Coopers team has an incredibly proud history as one of the country's great business success stories as a family owned company for more than 150 years.

“As one of Australia's largest sports we could not be prouder to partner with the Coopers brand."

Today, Coopers stands proudly as the sole major brewer which is 100% Australian owned and holds more than five per cent of the Australian beer market.

Coopers now has the sixth generation involved in contributing to the success of the brewery at Regency Park in Adelaide.