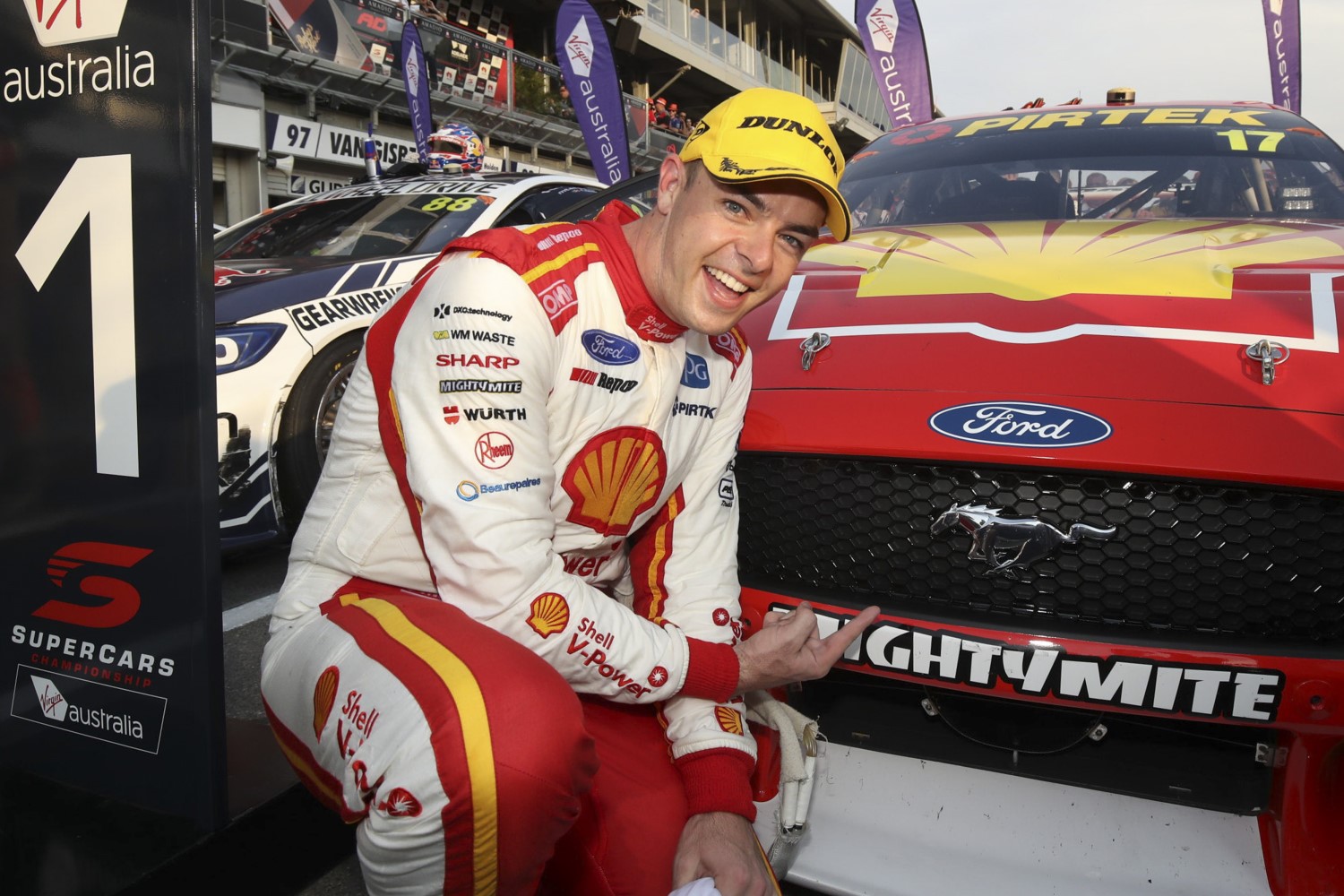 Scott McLaughlin has christened the Ford Mustang with its first race win in Supercars history with a spanking of the field in the Superloop Adelaide 500.

The reigning Champion capitalized on a perfect start from third on the grid and was not headed in a safety car free race, crossing the line a whopping 12.9 seconds ahead of Jamie Whincup with the second Red Bull Holden of Shane van Gisbergen in third.

It was a dominant start for the first Mustang to compete in Supercars and the first in 30 years. His current Shell V-Power co-owner Dick Johnson was the first winner on the streets of Adelaide in a Mustang in 1985 in a non-Championship race.

“I am just stoked for Ford Performance and the Ford fans, it was awesome to bring the Mustang back in and I am really looking forward to the year," McLaughlin said.

“That’s one for the Ford fans, first for the Mustang, we are here to party. It’s a great start. We don’t have number one on the door this year but we are one today."

McLaughlin's victory was the 26th of his career, first in Adelaide and the Mustang's first Australian touring car Championship race win since Allan Moffat's victory at Oran Park in 1972.

Mustangs filled four of the top six places, even with a penalty for polesitter Fabian Coulthard, in a race run in searing conditions without a Vodafone Safety Car.

Like McLaughlin, Whincup was untroubled throughout in maintaining second while Van Gisbergen had the occasional stoush without being too threatened.

The drive of the day from a team perspective went to Will Davison in the Milwaukee Racing Mustang which switched this year to Mostert’s Tickford Racing outfit, finishing fourth.

“I was reasonably happy with that," Whincup said. “No-one was touching Scotty today. We will go away, do some homework and see if we can get better for tomorrow."

Chaz Mostert, in the Supercheap Auto Racing Mustang, looked to have one of the fastest cars on track but made some errors attempting to pass which may have cost him a podium place.

McLaughlin’s Shell V-Power stable mate Fabian Coulthard had a challenging day after starting from ARMOR ALL Pole Position, starting with a ten second penalty for jumping the start. He fought all race after that to finish sixth.

Youngster Cameron Waters was the first casualty of the oppressive Adelaide heatwave when his cooling system failed just a few laps in. He soldiered through until his team decided to bring him into the pits and change the system, although Waters said he was still in good shape.

Waters returned once the failure was fixed chasing points having dropped more than 10 laps behind the leaders.

David Reynolds took eighth, ahead of new IRWIN Racing driver Mark Winterbottom and James Courtney. The best of the Kelly Racing Nissans was Rick Kelly in 11th, just ahead of team-mate Andre Heimgartner.

Every session of the Virgin Australia Supercars Championship is broadcast live in high definition on Fox Sports within Australia.