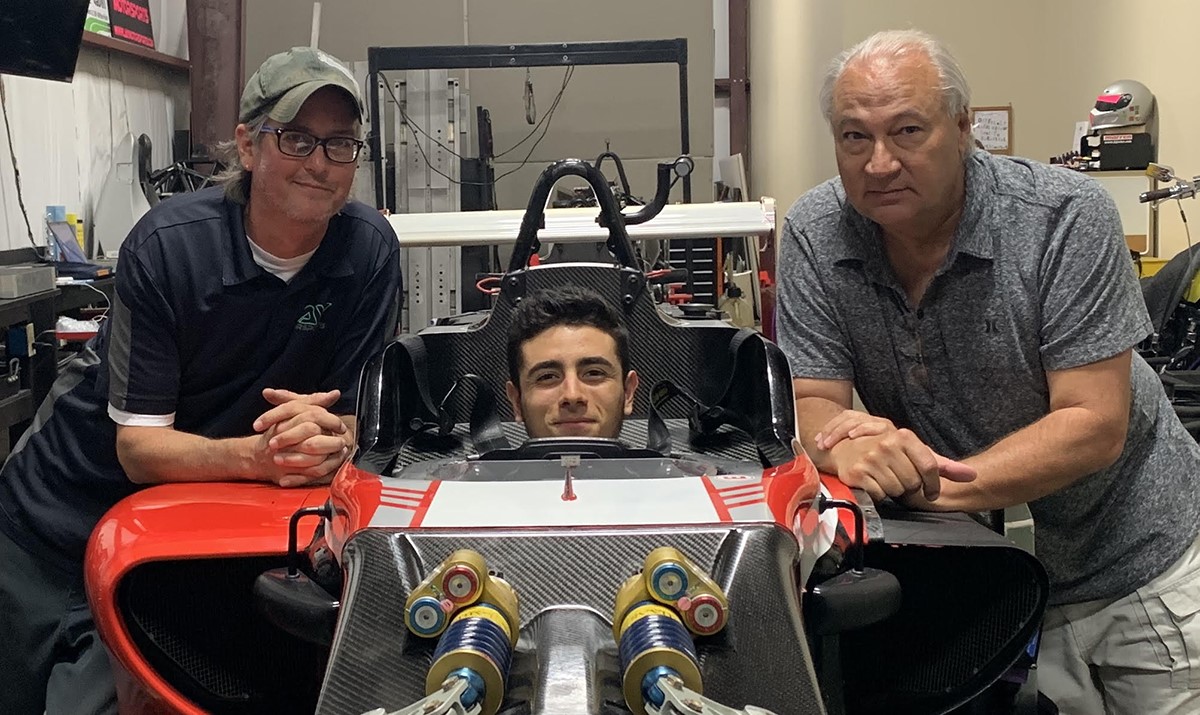 Green, a former racer turned car owner, helmed JAY Motorsports for many years in the SCCA spec categories, winning the Formula Enterprises National Championship in 2009 before joining the UFS2000 ranks in 2012. Stepping away from team ownership in 2017, Green joined Exclusive Autosport to assist the rookie team in launching its Road to Indy program. Exclusive earned a top-three championship finish in USF2000 that season and repeated the feat after expanding to the Indy Pro 2000 Championship Presented by Cooper Tires last year. Enerson’s Team E Racing, the 2008 Indy Lights New Team of the Year, later competed in USF2000 for three seasons, finishing third in the 2012 National Class, winning the Cooper Tires Winterfest Championship in 2014 and finishing an agonizingly close second with NTT IndyCar Series driver RC Enerson in the 2014 USF2000 title-chase.

The pair moved from competing against each other to collaboration in 2015, with Green assisting Enerson as he established the highly successful Lucas Oil School of Racing and its racing offshoot, the Lucas Oil Formula Car Race Series. The venture has been a family affair for Enerson, with son RC serving as an instructor and daughter Rachel as the Director of Hospitality, and both helping to manage the overall operations of the school.

Green had begun preparations to reform his team in 2019, but the plan to start the season was delayed. Aranda, meanwhile, wanted to graduate to USF2000, and between Enerson and Green, the pieces all fit together to combine resources and start a new team. The primary long-term plan for Team E-JAY Racing will be to give graduates of the school and the racing series a convenient way to move up the ladder, with continuity in personnel and environment.

“Neil knows how he brought RC up, and RC has been very successful," said Green. “He wants to build that same sort of program for aspiring drivers coming through the school. And it makes perfect sense. It can be a bit intimidating, rolling into St. Petersburg for your first race, so having people around you that you know and are already comfortable with will make the transition much easier."

“It made sense for both of us to combine our abilities and resources," added Enerson. “It’s a better long-term plan for both of us. This now makes two Lucas school graduates on the starting grid (with Lucas Oil Formula Race Series winner Reece Gold signing with Cape Motorsports) and we’re very proud of that."

The 18-year-old Aranda, a native of Albuquerque, N.M., began his racing career at the school in late 2017 and progressed quickly into the Formula Car Race Series. With instruction from RC Enerson along with Juan Arenas and coaching from Jonatan Jorge setting him on the fast track, Aranda is ready to take this big next step.

“It’s super exciting joining the USF2000 race series and driving for Team E-JAY Racing," said Aranda. “I look forward to continuing to develop my driving skills with the talented USF2000 field of drivers and apply what I learned last season in the Lucas Oil Formula Race Series to contribute to an eventful and winning USF2000 race season in 2019."

“Nate is nothing short of amazing," said Enerson. “He’s just one of those natural drivers. His track awareness and race craft is impressive, given the fast-paced schedule we’ve put him on at the school. We took the processes we applied with RC as he came up the ladder and have applied those to the school, and a driver like Nate is an example of how successful that has been. He shouldn’t be as good as he is, given the amount of experience he has, but he is – and he proves it over and over.

“He knows he has to pay his dues as a first-year driver," Enerson continued. “This is a two-year program, so we’re managing expectations. It’s all about learning the tracks and learning the processes at the racetrack. We’ll set realistic goals and tick off the first-year experience boxes."

The 2019 Cooper Tires USF2000 Championship kicks off this weekend with Road to Indy Presented by Cooper Tires Spring Training at Homestead-Miami Speedway. The season gets underway in one week, with two races on the schedule at the Grand Prix of St. Petersburg. All sessions will be broadcast live on the Road to Indy TV app and USF2000.com.