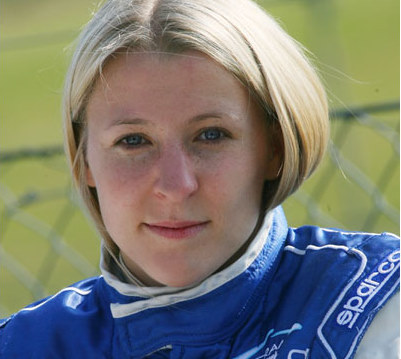 Conquest Racing team owner Eric Bachelart worked throughout the off-season to add a second full-time entry for 2011 to his stables, and while he’ll have just one car for Colombian rookie Sebastian Saavedra this weekend at St. Petersburg, the team could double in size as early as Round 2 at Barber Motorsports Park.

Bachelart, the 1991 Firestone Indy Lights champion, hopes to continue his trend of introducing Indy Lights graduates to the IZOD IndyCar Series if the funding for England’s Pippa Mann can be finalized.

Initial plans called for Mann to share the No. 36 Conquest Dallara-Honda, with the 27-year-old taking the controls on ovals, but according to Bachelart, negotiations have widened to possibly include the remaining 16 races on the calendar.

“Yes, there were some ongoing discussions about sharing the car. The other scenario is it’s still possible that we have a driver that could do the whole season. I'm waiting to hear something before the end of the week so, basically, I’ll know any time now. So there's still two scenarios that are ongoing." More at SPEEDTV.com