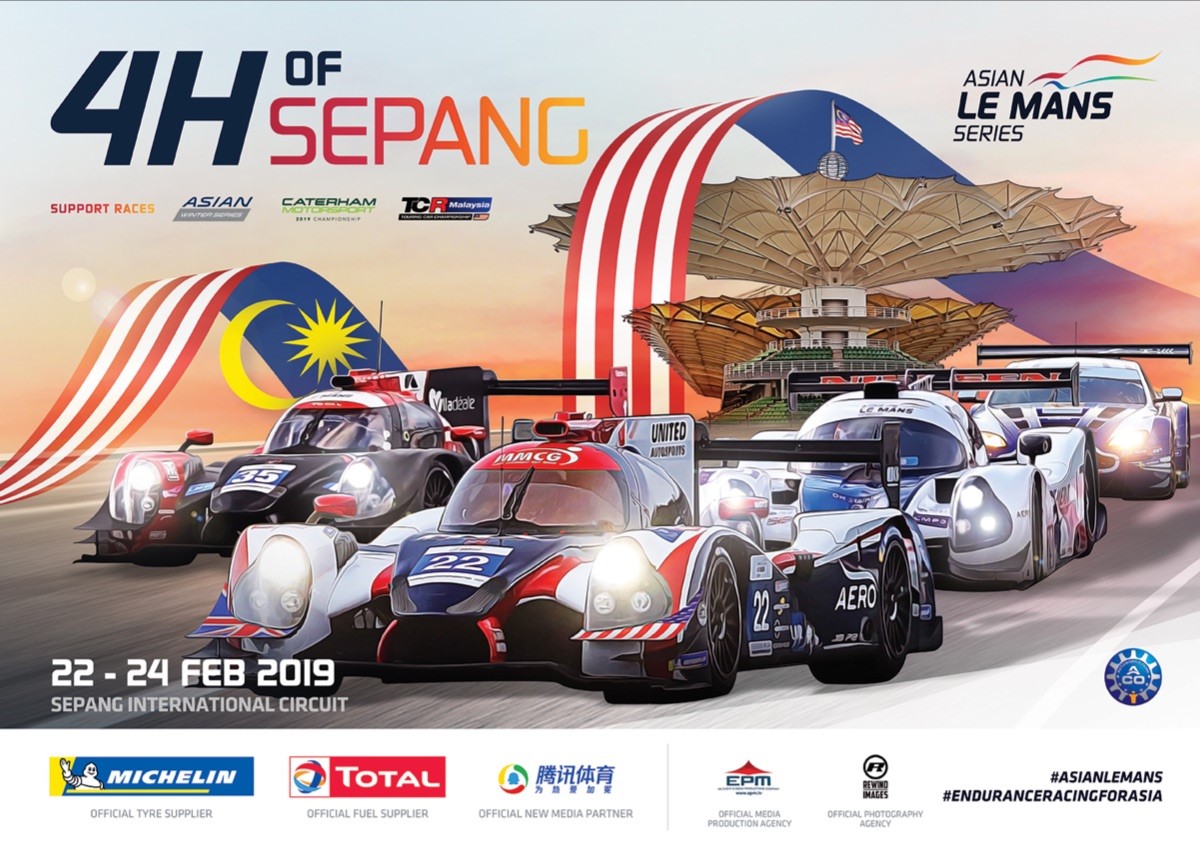 The final round of the Asian Le Mans Series will be held this weekend at the Sepang International Circuit. After a season full of close and exciting racing, all four championships, and their respective invitations to this year’s 24 Hours of Le Mans, remain up for grabs!

The 4 Hours of Sepang, will see the arrival of an additional LMP3 entry from the ARC Bratislava team, and the return of both the #8 Spirit of Race LMP2 entry and the #38 Jackie Chan DC Racing LMP3 entry.

The R24 LMP3 entry will see and all new driver line up including Katherine Legge. Dries Vanthoor will return in the #88 TianShi Racing Audi R8 LMS GT3, and series new comer Qi Peiwen (Aven) will be in their #66 Audi.

LMP2
After missing the previous round in Thailand, the #8 Spirit of Race Ligier JS P2 will be back with Come Ledogar, Alexander West, and Pipo Deranifor the 4 Hours of Sepang. While the #8 is expected to be fighting for the race win, the Championship battle is now down to just three teams, series debutants, United Autosports, 2016/17 Champions Algarve Pro Racing and ARC Bratislava.

4 Hours of Buriram race winners, Phil Hanson and Paul di Resta in the United Autosports #22 Ligier JS P2 Nissan hold a commanding lead of 18 points in the 2018/19 season. Currently second are the 4 Hours of Fuji winners, Harrison Newey and Andrea Pizzitola in the #24 Algarve Pro Racing Ligier JS P2 Judd. For the final round they will again be joined by Ate Dirk De Jong.

The #4 ARC Bratislava Ligier JS P2 Nissan being driven by Miro Konopka, Kang Ling and Darren Burke are also still in with a chance. To win, they must win the race, the #22 DNF, and the #24 finishes 2ndor worse.

LMP3
The LMP3 Championship has been intense this year and going into the final round there are four entire still in contention for the win.

The 4 Hours of Sepang will see the welcome return of the #38 Jackie Chan DC Racing entry. Racing for the team will be Rick Yoon, Jake Parsons and James Winslow.

As previously announced, the line-up of the R24 entry will feature Katherine Legge, Margot Laffite, and Michelle Gatting for the 4 Hours of Sepang.

GT
Series new comers, Japanese team Car Guy have dominated the GT class this season winning every race in the 2018/19 Season, with their #11 Ferrari 488 GT3. In the 4 Hours of Sepang, drivers Takeshi Kimura, Kei Cozzolino and James Calado will again come under intense pressure from the Spirit of Race Ferrari 488 GT3 being driven by Alessadro Pier Guidi, Ozzy Negri Jr and Francesco Piovanetti. The #51 can still win the Championship, but they must win and the #11 not score any points.

Official Audi Sport driver Dries Vanthoor will return with the TianShi Racing Team (TSRT) in the #88 Audi R8 LMS GT3. He will be racing with Xu Wei and (David) Chen Wei An.

Joining the #66 entry will be new driver Qi Peiwen (Aven) who has previously race in the teams SEAT TCR entry. He will join Zhang Yaqi (Dennis), and Max Wiser.

For the Australian audience, Speedcafe.com will also be streaming both qualifying and the 4 Hours of Sepang race live on their website.

In addition, the coverage will be streamed live on Tencent Sport in China, Set India on SonyLIV, Motor Trend on Demand in the United States and Europe, and through Motorsport.tv.

The winners of the LMP2 and LMP3 classes will each receive an invitation to compete in the LMP2 class at the 24 Hours of Le Mans in 2019. New for the 2018/19 Asian Le Mans Series, there will be an added recognition for LMP2 amateur entries – not only will they be fighting for their own Championship honors, they will also be for an invitation. There will also be one invitation to race in the LM GTE Am class for the winner of the GT class.

Prestigious partners:
The Asian Le Mans Series is proud to be run in partnership with the following partners.

Michelin:
Michelin is the world leader, especially in endurance racing where they have dominated for many years. They have tasted unrivalled success in recent years in the 24 Hours of Le Mans where this year they recorded their 20thconsecutive victory.