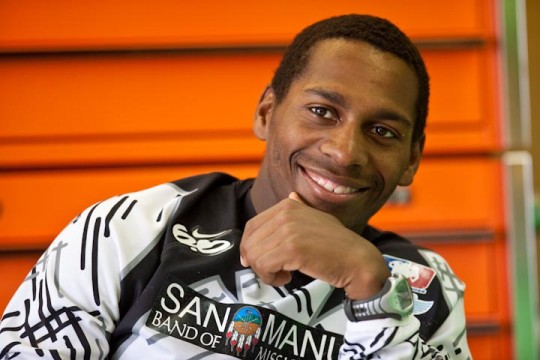 If the Izod IndyCar Series is serious about accepting AMA Supercross star James Stewart to compete for a $5 million prize at Las Vegas Motor Speedway in October, Stewart is happy to participate.

IndyCar will allow up to five drivers — or riders — not currently in its series to challenge for the prize.

"If they want me in the race, I'll go," Stewart said after Saturday night's Supercross race at Lucas Oil Stadium.

Stewart, 25, is a two-time Supercross champion with, if not the largest fan base, certainly its broadest appeal. He's Tiger Woods-like, before the erratic behavior.

His smile is infectious, his energy boundless. He's never driven a competitive race car, but he has plenty of laps in shifter karts.

Stewart said he learned of the Las Vegas possibility Saturday, and he couldn't mask his interest in it.