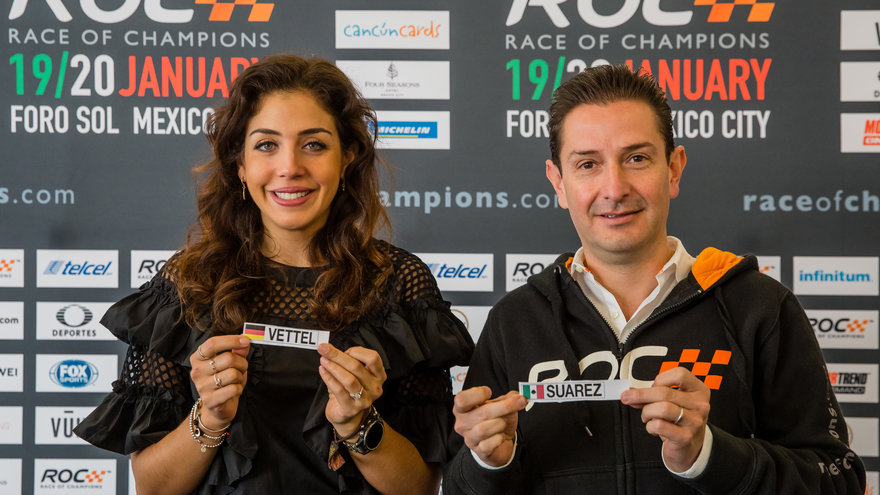 The draw for this weekend’s Race Of Champions (19-20 January) has thrown up a selection of mouth-watering match-ups as some of the world’s greatest drivers bid for the title of ‘Champion of Champions’.

Mick Schumacher will also have a potential race against his fellow German Vettel if he can win his first round play-off with Mexican sportscar ace Memo Rojas.

The top two from each group will progress to the quarter-finals. Then it’s a straight knockout tournament all the way to the best-of-three Grand Final, in which the ROC Champion of Champions will be crowned.

Ahead of the individual Race Of Champions, the weekend’s action will begin with Saturday’s ROC Nations Cup where national pride is at stake, with 10 teams split over three groups.

Group A features four teams (Germany, Mexico, Infinitum Mexico and France), with the top two moving on to the semi-finals. The winners of Group B (Brazil, Telcel Mexico and Sim Racing All Stars) and Group C (Nordic, GB and USA) will also progress. The knockout rounds are best-of-three: if scores are tied at 1-1 after the first two heats, the third decisive heat is always contested by the two winning drivers.

The ROC Mexico line-up was today completed by Britain’s triple World Touring Car Champion Andy Priaulx, who said: “The Race Of Champions is such a fun event and one I love taking part in. It is great to be pitched against the world’s best drivers and to know we are all on a level playing field. The cars are totally different to those we usually drive, so there is always a challenge to get used to them. Fredrik Johnsson and his team put on a great show so I can't wait to get to Mexico, catch up with everyone and start racing…"