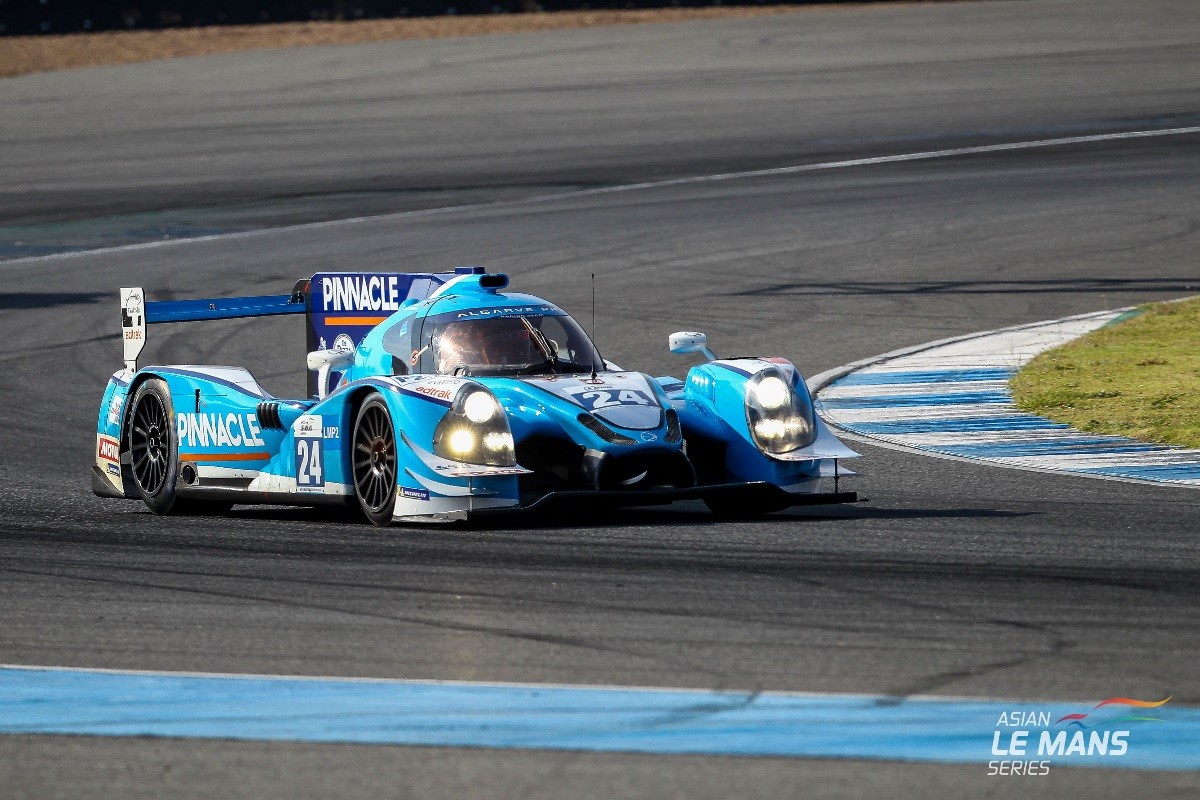 After the very cold temperatures the teams experienced in the opening two rounds of the Asian Le Mans Series, the air temperature was in the low 30’s as qualifying got under way for the 4 Hours of Buriram.

First up was the GT qualifying. Setting the fastest time of the session was Alessandro Pier Guidi in the #51 Spirit of Race Ferrari 488 GT3. Making it an all Ferrari front row was James Calado in the Car Guy Ferrari 488 GT3. Third fastest was Series debutant, Jean Karl Vernay in the TianShi Racing Team Audi R8 LMS.

As the sun slowly set, qualifying for the LMP2 and LMP3 cars got underway. In a high paced 15 minute session, it was reigning Champion Harrison Newey in the #24 Algarve Pro Racing Ligier JS P2 Judd that claimed the outright pole position. In second place was Phil Hanson in the #22 United Autosports Ligier JS P2 Nissan, just 0.385 seconds behind him. In third place was the leading LMP2 Am Trophy entry, the #4 ARC Bratislava Ligier JS P2 Nissan with Darren Burke behind the wheel.

Second fastest in the LMP2 Am Trophy was the Class leader, the #23 United Autosports Ligier JS P2 with Guy Cosmo behind the wheel. In third place was Anders Fjordbach in the #25 Algarve Pro Racing Ligier JS P2 Judd.

The battle for LMP3 pole was claimed by Wayne Boyd in the #2 United Autosports Ligier JS P3. Second fastest in the session was Nigel Moore in the #65 Ligier JS P3 from Malaysian team Viper Niza Racing. In third place was current LMP3 Championship leaders Inter Europol Competition, with Jakub Smiechowski behind the wheel of the #13 Ligier JS P3.

LMP2 – Harrison Newey: I am very happy with pole. It came quite late in the day and took two sets of tires to do it. In the end we had a good margin, and it went better than we thought it was going to. Really looking forward to tomorrow, and it is nice to have the one point for pole, after the woes in Shanghai. Ate will also be back in the car, so hopefully he can keep the lead, and me, and Andrea, will bring it home.

LMP2 Am Trophy – Darren Burke: I was a little bit conservative with track limits, while on the first set of tires. I think it was the same for everybody. The number one priority was to make sure we put a banker lap in to actually get us into the race. The second set of tires was a chance to push a little bit harder and explore the limits of the car a little bit more. I think our race set up will be better than the qualifying set up, but it was great fun being out there.

LMP3 – Wayne Boyd: It was really good for us, with P1. We were really hoping to get the extra point, as our last race didn’t go quite to plan for us, especially in terms of the championship. We did a first run, just to get a banker lap in, then we came in and took another set of tires, and pushed a bit harder, and it was worth it. Very pleased.