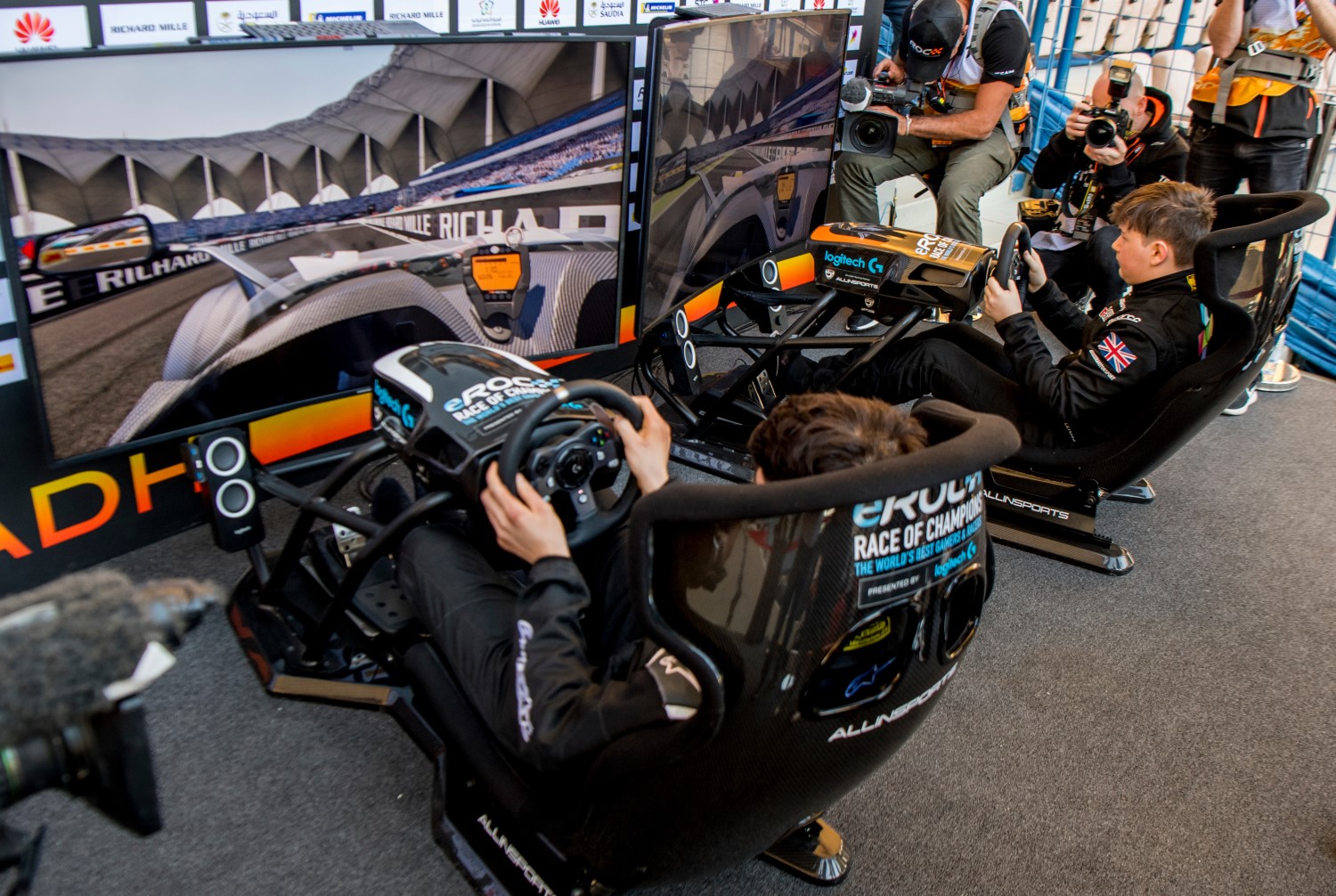 Four of the world’s finest simracers will compete in the eROC World Final next week bidding for a place on the grid at the Race Of Champions – taking place on January 19-20, 2019 at the Foro Sol, the iconic stadium section forming part of Mexico City’s Autodromo Hermanos RodrÃ­guez Formula 1 circuit.

The simracers taking part will include Britain’s Brendon Leigh, the 2018 F1 Esports World Champion for Mercedes-AMG Petronas Esports, who was also the runner-up in last year’s eROC World Final.

Also heading to Mexico is G2 Esports Sim Racing’s Sebastian Job, who won the eROC World Qualifying on Saturday evening. After last year’s eROC was a purely invitational event, this year the competition was opened up to anyone on the planet in a bid to find the overall ‘best of the best’. Many of the world’s finest gamers entered but JMR Scholarship winner Job prevailed over six weeks of time trial events before winning a 32-driver live online shootout.

They will be joined by 2018 Renault eSports Champion and Veloce eSports racer James Baldwin, who won December’s eROC Invitational – watched by over 160,000 viewers – beating off 16 invited champions from across all forms of Sim Racing.

Completing the eROC World Final line-up is Germany’s Nils Naujoks, who has been offered a wild card based both on the strength of his performance in the eROC World Qualifying and his impressive career in gaming over the last 15 years – including five ESL Pro Series titles.

The eROC World Final will take place both in the virtual world of Assetto Corsa and in a mix of real-life ROC machinery on the Foro Sol track itself – after ROC Academy training by stunt legend Terry Grant. Part of the challenge will involve setting a lap with a jury of champion drivers judging them on a range of criteria including track awareness and positioning, car control and outright pace.

The overall eROC Champion will compete for Team Sim Racing All Stars alongside Italy’s Enzo Bonito in the ROC Nations Cup against some of the world’s greatest racing drivers on Saturday January 19. The pair will also go head-to-head for a place in the group stages of the individual Race Of Champions on Sunday January 20.

Bonito (pictured above) won the first ever eROC World Final last year in Riyadh, also earning the chance to race on a real track for the first time. In fact Team Sim Racing All Stars were the revelations of last year’s ROC Nations Cup, as Bonito’s partner Rudy van Buren won two of his heats, seeing off 2019 McLaren driver Lando Norris and F3 ace Joel Eriksson along the way.

Bonito has since gone on to compete for McLaren Shadow, not to mention a drive in a Porsche GT3 Carrera Cup Italy race. Now the Italian is coming back to lead Team Sim Racing All Stars at ROC Mexico, joining forces with the winner of next week’s eROC World Final.

ROC President Fredrik Johnsson said: “We were delighted with the success of the first ever eROC World Final last year in Riyadh – and surprised by how amazingly well the simracers could transfer their skills from the simulator to the real track. So this year we took it to the next level, opening the competition to everyone on Earth.

“Now we have found the four gamers who will compete next week for a chance to join Enzo Bonito on Team Sim Racing All Stars. Enzo triumphed last year so we look forward to welcoming him back and seeing how much progress he’s made in the past year. This truly is the chance of a lifetime: the winner will race at ROC Mexico against some of the world’s best drivers in identical cars… and you could still be there in the stadium to watch how they get on!"

Now the greats of Mexican motorsport have the chance to race some of the world’s best drivers – all in ROC’s identical machinery. The competitors will take to the track in a stunning range of supercars that have been specially prepared for ROC to push them to the absolute limit. To prevail, they will have to master this mix of machines, forcing them to adapt their driving style as they make regular switches between cars and putting all their hard-earned skills to the test. It makes for a thrilling spectacle, with head-to-head races often decided by fractions of a second – as the screams of the crowd compete for supremacy with the screams of the engines…