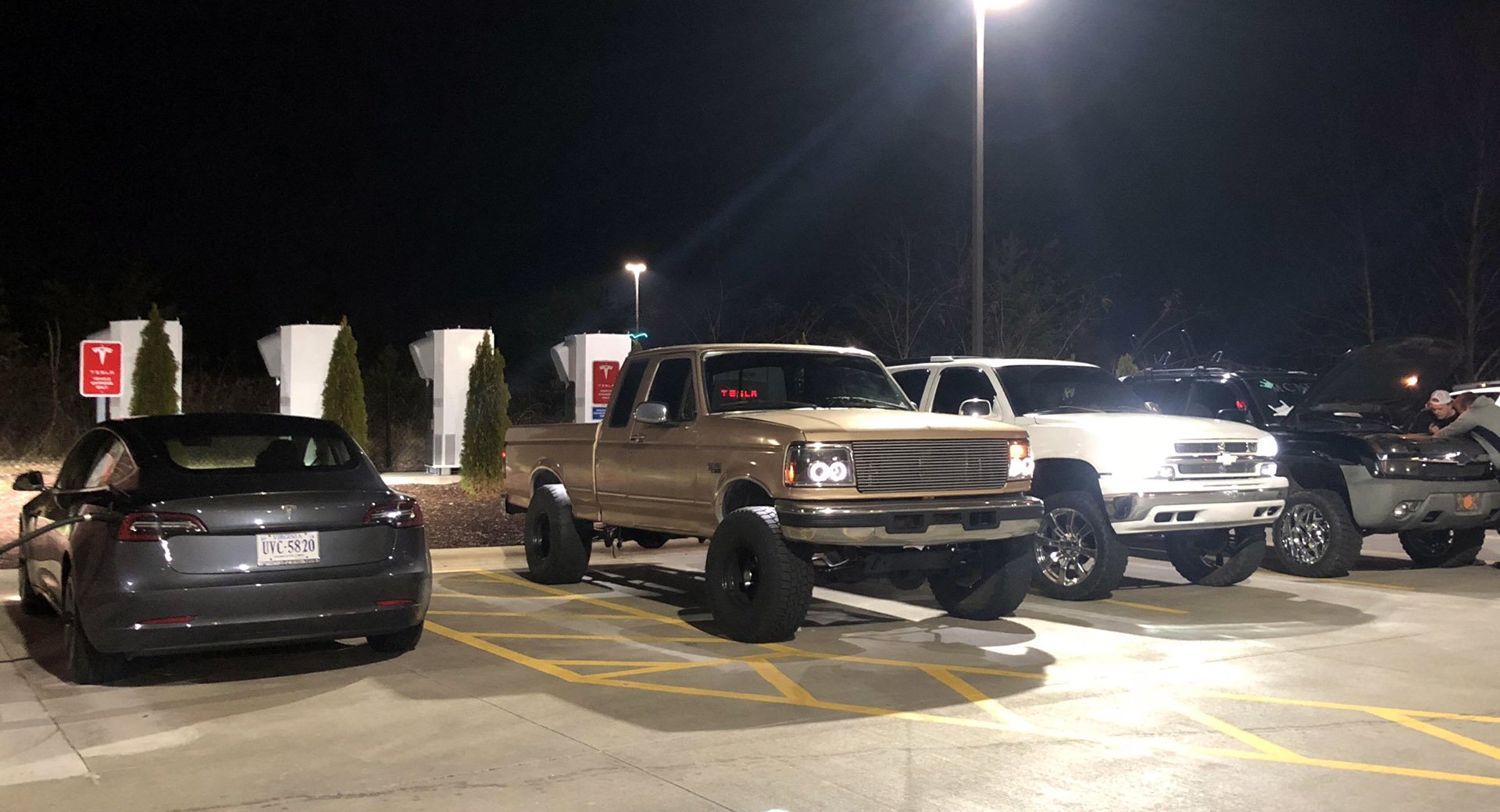 A number of Tesla owners in the United States have found themselves falling victim to a worrying new trend known as ‘Icing’.

The trend, first picked up by users of Reddit, involves owners of traditional Internal Combustion Engine (ICE) vehicles parking in front of Tesla Superchargers and preventing owners from using them.

One recent case happened in Hickory, North Carolina as a Tesla owner pulled up to a local Supercharging station to plug in. However, there were three modified pickup trucks blocking a number of the charging spots. Unsurprisingly, the trucks appear to be owned by young males who were yelling “F**k Tesla."

Some people really need to grow up.

The men didn’t leave until an employee of the Sheetz where the Superchargers are located kicked them out.

Apparently, this childish practice isn’t just happening in North Carolina as a number of states across the United States are working on laws to ban ‘icing’, including California, Florida, Oregon, Illinois, Washington, and Massachusetts.

It remains to be seen why some ICE vehicle owners appear to hate Teslas so much but it could have something to do with the perception that they’re owned exclusively by the rich and are a threat to traditional ICE vehicles.

Whatever the case may be, inconveniencing people with your petty protests is stupid. It’s a good thing lawmakers are looking to ensure this trend doesn’t spread further. Carscoops