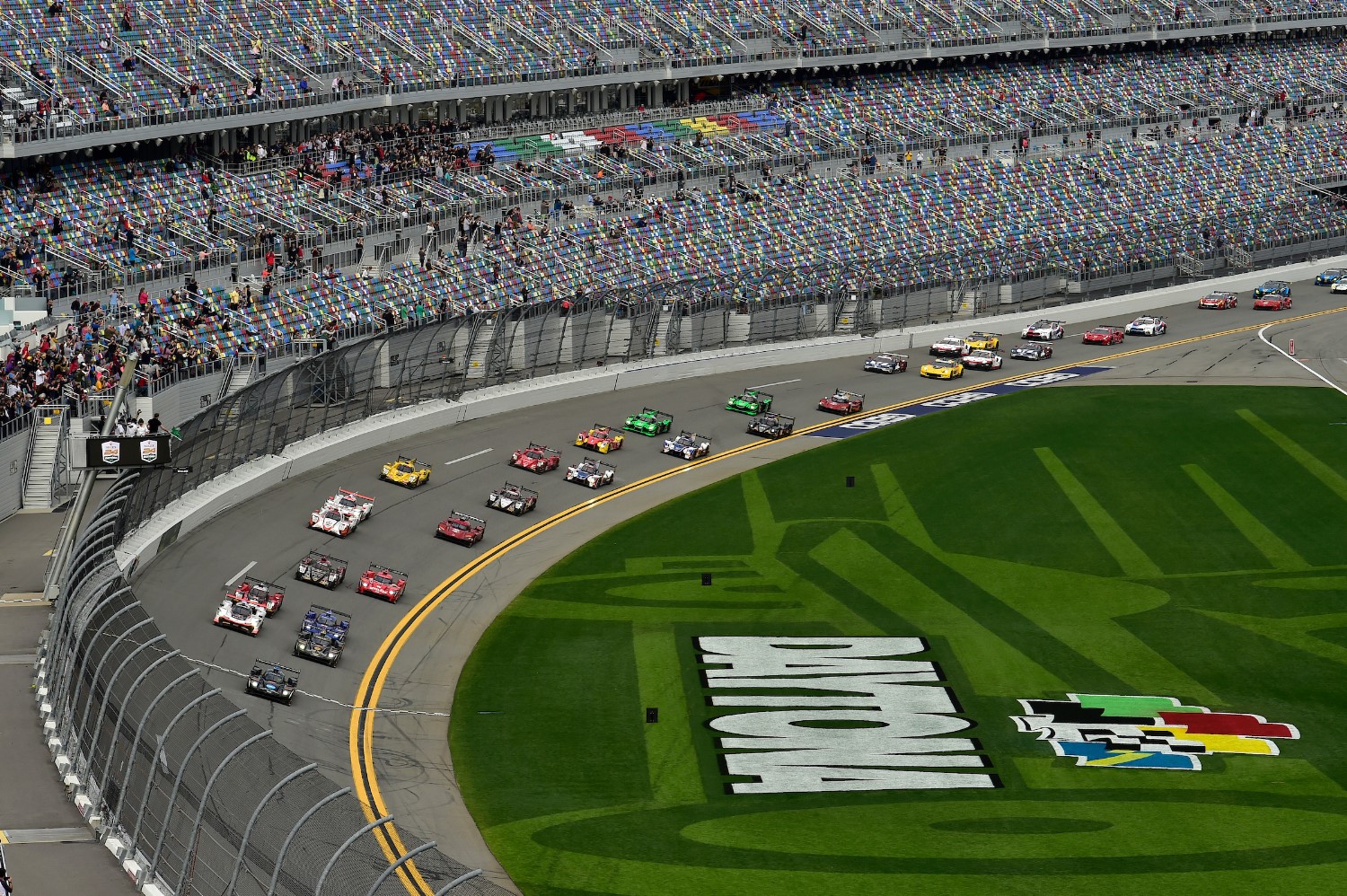 IMSA’s 50th Anniversary season will get off to a ‘Roaring’ start on the first weekend of January with 47 IMSA WeatherTech SportsCar Championship entries slated to participate in the annual Roar Before the Rolex 24 At Daytona three-day test session on the 3.56-mile Daytona International Speedway road course.

Of the 47 cars on the provisional Roar entry list released today, 37 have confirmed plans to compete full-time in the 2019 WeatherTech Championship as season-long, “premium" entries. Today's provisional entry list (available HERE) includes all teams and cars that have been entered for the Roar. An updated entry list with driver lineups will be released on Wednesday, Jan. 2, 2019.

The premier Daytona Prototype international (DPi) class features 11 entries from four different manufacturers: Cadillac (6), Acura (2), Mazda (2) and Nissan (1). Leading the way is the defending Rolex 24 champion No. 5 Mustang Sampling Cadillac DPi-V.R. The team announced this week that the car will be shared by 2018 co-drivers Joao Barbosa, Filipe Albuquerque and Christian Fittipaldi – who will retire from driving after the 2019 Rolex 24 – and FIA World Endurance Championship ace Mike Conway.

The No. 31 Whelen Engineering Cadillac DPi-V.R that won the 2018 WeatherTech Championship Prototype title with co-drivers Felipe Nasr and Eric Curran also returns at the Roar. In September, the team announced that Curran is shifting his driving focus to the four IMSA Michelin Endurance Cup rounds in 2019, with Brazilian racer Pipo Derani – a 2016 Rolex 24 At Daytona overall winner – stepping in as Nasr’s new season-long teammate.

The GT Le Mans (GTLM) class features nine race cars from five manufacturers: Chevrolet (2), BMW (2), Ford (2), Porsche (2) and Ferrari (1). Ford Chip Ganassi Racing, which has won each of the past two Rolex 24s in the GTLM class, returns with its familiar pair of entries.

Corey Lewis also returns to the No. 48 driver lineup for the four IMSA Michelin Endurance Cup rounds. He teamed with Sellers and Snow, to win the 2018 Mobil 1 Twelve Hours of Sebring Presented by Advance Auto Parts.

On-track testing for WeatherTech Championship machines at the Roar begins at 11 a.m. ET on Friday, Jan. 4, 2019. The DPi, GTLM and LMP2 classes will have a total of seven practice sessions between Jan. 4 and Jan. 6, with five practice sessions set for the GTD class on Jan. 4-5.

In addition to WeatherTech Championship testing, the Roar also includes six test sessions for the IMSA Michelin Pilot Challenge throughout the three days of on-track activity. Also, the IMSA Prototype Challenge opens its 2019 season with the three-hour Scouts of America race beginning at 12:15 p.m. ET on Saturday, Jan. 5. The race will be streamed live on IMSA.com.