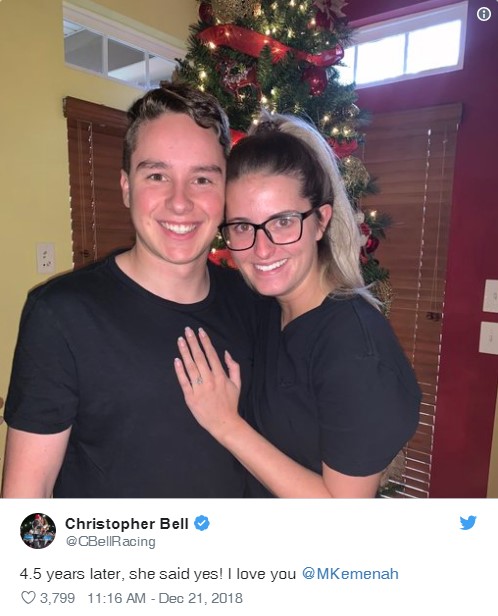 Christopher Bell announced Friday that he and girlfriend Morgan Kemenah are now engaged.