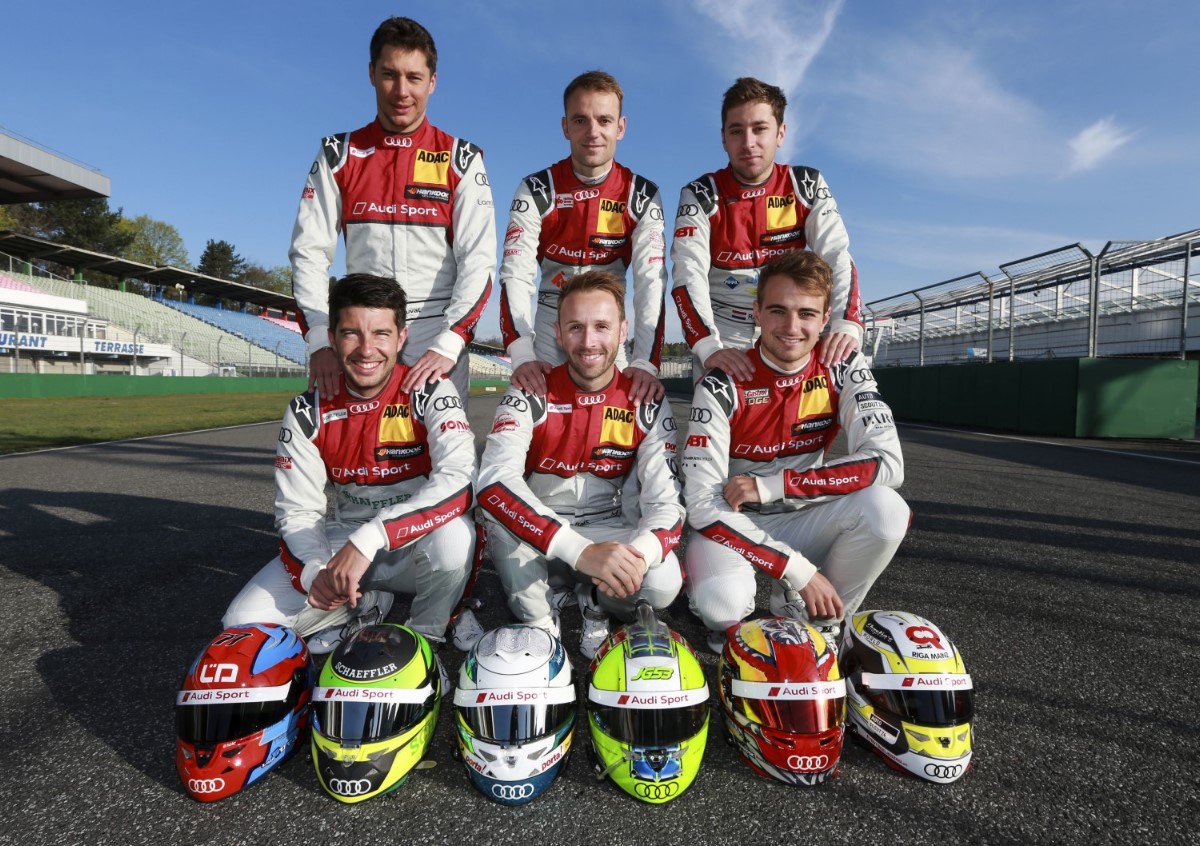 Audi Sport will enter the new turbo era of the DTM with a proven driver squad. Loic Duval (F/36), Robin Frijns (NL/27), Jamie Green (GB/36), Nico Muller (CH/26), Rene Rast (D/32) and Mike Rockenfeller (D/35) have been confirmed as drivers for the 2019 DTM season. The previous pairings with the three Audi Sport Teams Abt Sportsline, Phoenix and Rosberg will remain unchanged as well. The new season will see the fielding of the more powerful turbo engine.

“There’ll be many exciting innovations in the DTM next year," says Head of Audi Motorsport Dieter Gass. “The more powerful engine will no doubt be the most significant one." The first pre-season tests confirmed that at the wheel of the new Class One race cars the drivers’ performance is even more crucial than it used to be. That is why Audi is filling its six cockpits with drivers that have previous DTM experience and are able to handle the demands that have grown once again. “In Loic, Robin, Jamie, Nico, Rene and Mike we already had an extremely strong driver squad in 2018 and are continuing this lineup in the new season. In my view, they’re the right six for Audi Sport. All of them have the potential to battle for the DTM title. Aside from that, they again proved to be extremely good team players last season."

The Audi driver squad includes two former DTM Champions: Mike Rockenfeller (2013) and Rene Rast (2017). Four of the six Audi drivers have previously won DTM races. Combined, the Audi sextet’s track record reflects 32 victories, 26 pole positions and 42 fastest laps. 16 of the victories were achieved by Jamie Green. The team is bringing experience from 514 DTM races to the grid and has scored 2,573.5 points in the popular racing series to date.

Robin Frijns and Nico Muller are racing for Audi Sport Team Abt Sportsline. Loic Duval and Mike Rockenfeller form Audi Sport Team Phoenix, Jamie Green and Rene Rast Audi Sport Team Rosberg. “In the past, we changed the team compositions from time to time," says Dieter Gass. “However, in the current pairings, the drivers complement each other perfectly so that we didn’t see any room for improvement in this respect."

Audi’s customer team WRT will be fielding two additional Audi RS 5 DTM cars of the new generation. This team will announce its drivers at a later date.