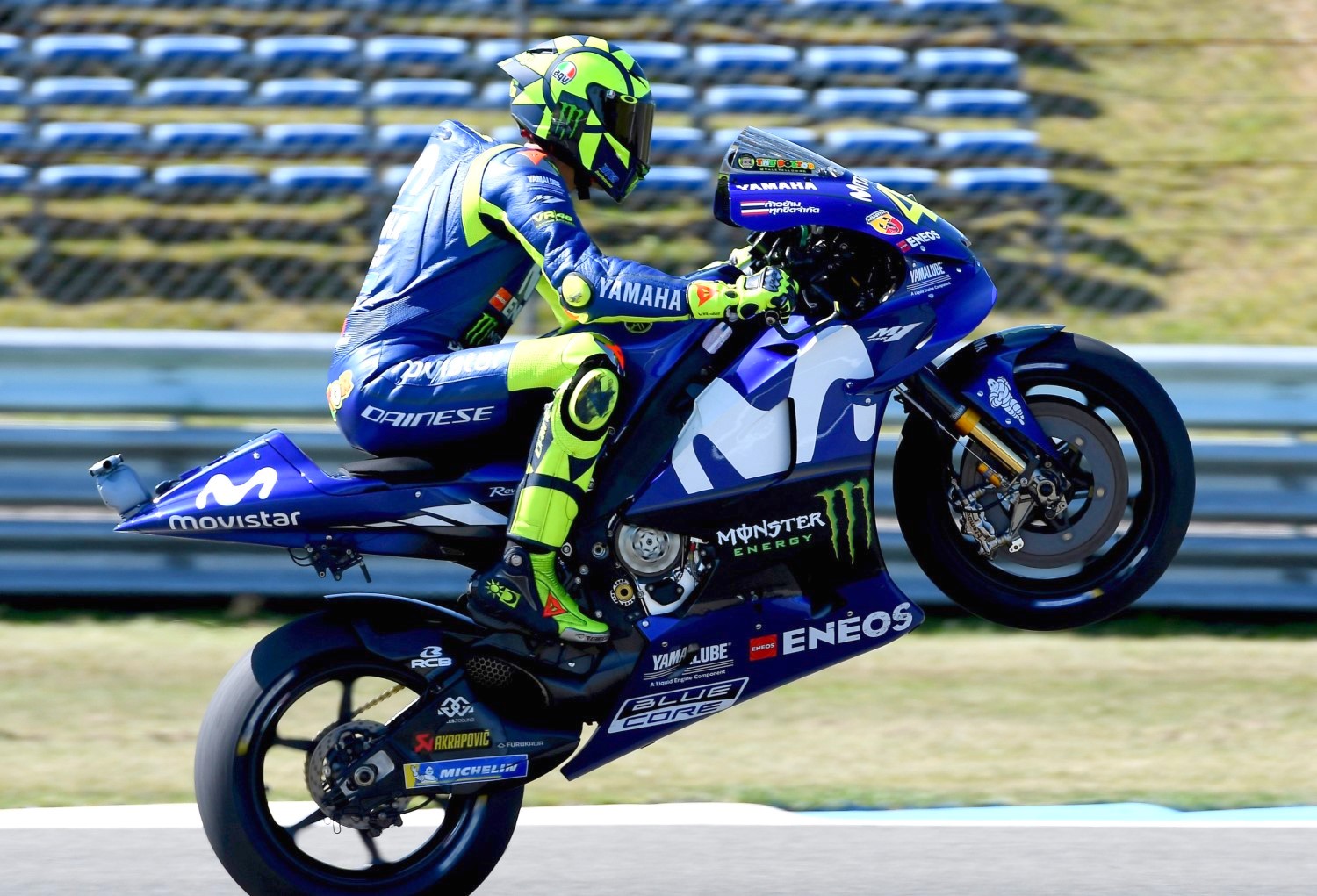 Honda MotoGP boss Alberto Puig says Yamaha rider Valentino Rossi is "having a hard time accepting" that he is no longer the best rider in MotoGP.

“Valentino has been a terrific rider," Puig told Spanish daily La Vanguardia. “He has all of my respect.

“At his age [39], he still has the desire, the talent to go fast and he doesn't accept not being able to win.

“But he's having a hard time accepting that his moment is over. Sometimes the methods he uses are not the right ones.

“At no time have I seen Marquez out of line, doing anything malicious towards Rossi. It was always race incidents.

“I respect Rossi, but in life everything has its moment. And like it or not, Marc is number one [now]."

“Marquez doesn't care at all about the tide of opinions that is being generated from Rossi's environment," Puig continued.

“On the contrary, we have sensed weakness in their actions."

“Marc doesn't act like a superstar, he doesn't pretend to be someone he isn't," Puig said.

“He has the humility and curiosity to listen, to learn and to have respect. When he gets on the bike, he is a real killer, which is what he has to be. He's a machine programmed to go at full speed.

“Perfection doesn't exist, but he is quite close. Perfection is being the best, and he is. As to how much better he could be – given his age, he still has room for growth."