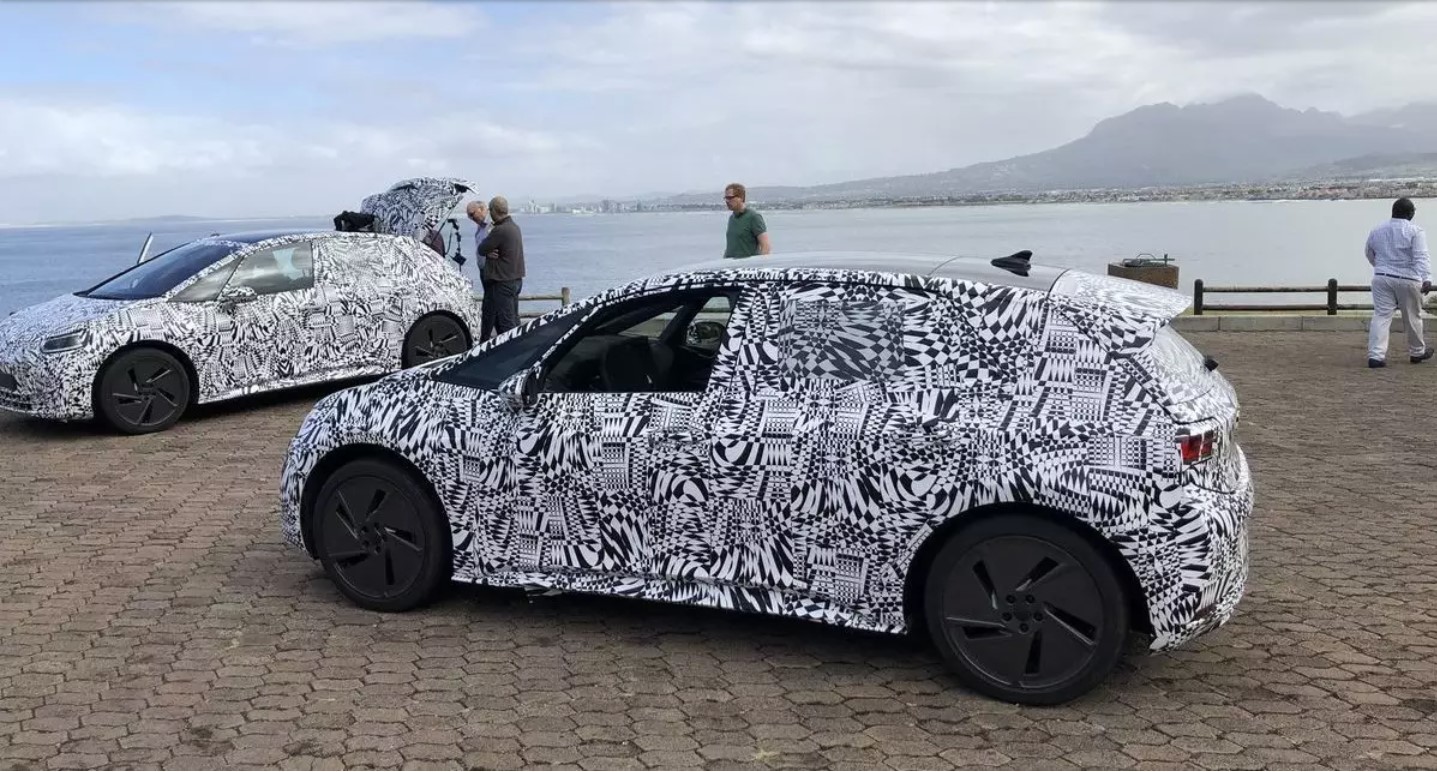 Test mules for Volkswagen's upcoming electric hatchback called the I.D. have been spotted in South Africa.

Twitter user @Theolitz stumbled across at least two of the vehicles in a convoy together, and snapped photos which he posted to social media. The depicted vehicles bear a strong resemblance to the concept car, the smoking gun being the small, triangular window between the A-pillar and the door's window frame.

These images confirm that the I.D. will be sold with wheels or covers similar to those available for the Tesla Model 3. Limited photos mean there are no shots of the I.D. mules' interiors, likely because test drivers are rarely friendly to snap-happy onlookers. In this case, Volkswagen has yet to formally reveal the production-spec I.D., which we expect to be shown sometime in the spring of 2019.

Volkswagen is at liberty to change the design of the above vehicles before their formal debut, but it has already set in stone many of the EV's technical specifications, outlined a week ago by a company executive. Maximum range is estimated to be 342 miles in WLTP testing, a new metric used commonly outside the United States. When the I.D. comes stateside, its range estimate will be more conservative.

Battery capacities for the I.D. are unconfirmed, though we believe the 342-mile model will use a 111-kilowatt-hour (kWh) battery based on company statements that linked said battery to a version of its I.D. Buzz Cargo concept, claimed to have 340 miles of range. The smallest battery size for Volkswagen's family of EVs on the MEB platform–of which the I.D. is one–is reported to be 48 kWh, which is likely to be the cheapest option, but still give a WLTP estimated range in excess of 148 miles.

Pricing for the I.D. according to a Volkswagen executive will start around the price of a diesel Golf, likely putting the entry-level model in under $23,000. It remains to be seen whether the I.D. will be rear- or all-wheel-drive, as Volkswagen has stated it will favor these drivetrain configurations in its MEB-based EVs, though it has said nothing of the driven wheels on this model.