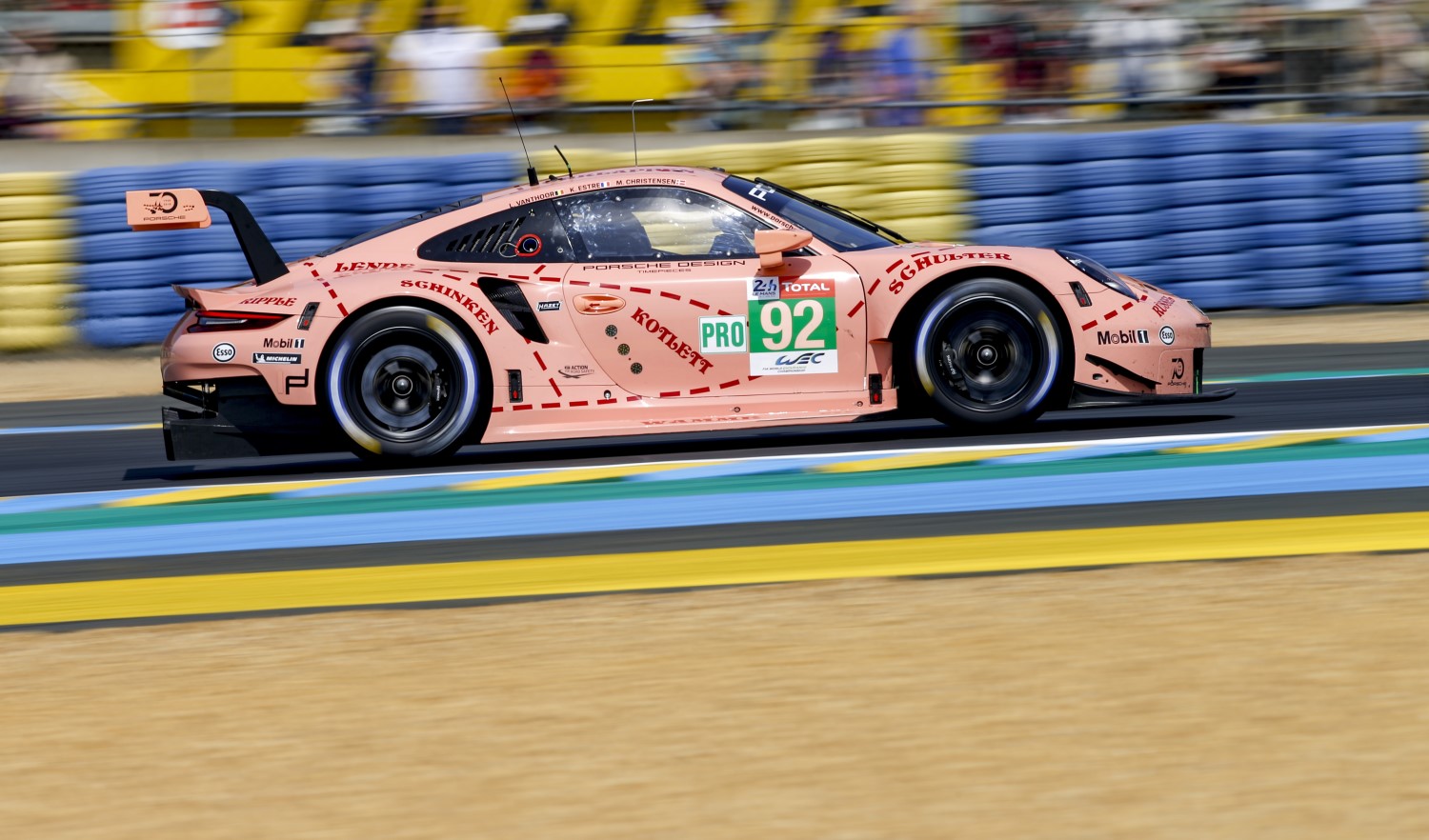 Porsche has announced its driver line-ups for next year’s 24 Hours of Le Mans as part of its 2019 program reveal during an end-of-season ceremony on Saturday.

This lineup will comprise of its two full-season WEC entries, as well as the two cars run by CORE Autosport in the IMSA SportsCar Championship.

Defending winners and current WEC points leaders Michael Christensen and Kevin Estre will once again team up with Laurens Vanthoor in the #92 car. The #91, which took pole this year in the hands of Gianmaria Bruni, will again feature the Italian alongside Richard Lietz and Fred Makowiecki.

The two cars from IMSA will be labelled #93 and #94, with Patrick Pilet, Nick Tandy and Earl Bamber racing the former and factory junior drivers, Sven MÃ¼ller, Mathieu Jaminet and Dennis Olsen teaming up in the latter.

In IMSA, Tandy and Pilet will return for another season together with Makowiecki installed for the Endurance Cup rounds. Their sister entry, meanwhile, will be driven by Bamber and Vanthoor with reigning ADAC GT Masters champion Jaminet coming in for the long-distance legs of the season. Jaminet got his first taste of IMSA and GTE formula action in this year’s Petit Le Mans season finale.

On the GT3 racing front, a total of 45 new-generation Porsche 911 GT3-Rs have been sold ready for the car’s global competition debut in 2019.

Porsche will have a two-car factory presence in both Intercontinental GT Challenge and the Blancpain GT Series with Jaminet, MÃ¼ller and Romain Dumas sharing one car, and Olsen, Matt Campbell and Dirk Werner competing in the other.

* Daytona, Sebring and Road Atlanta only