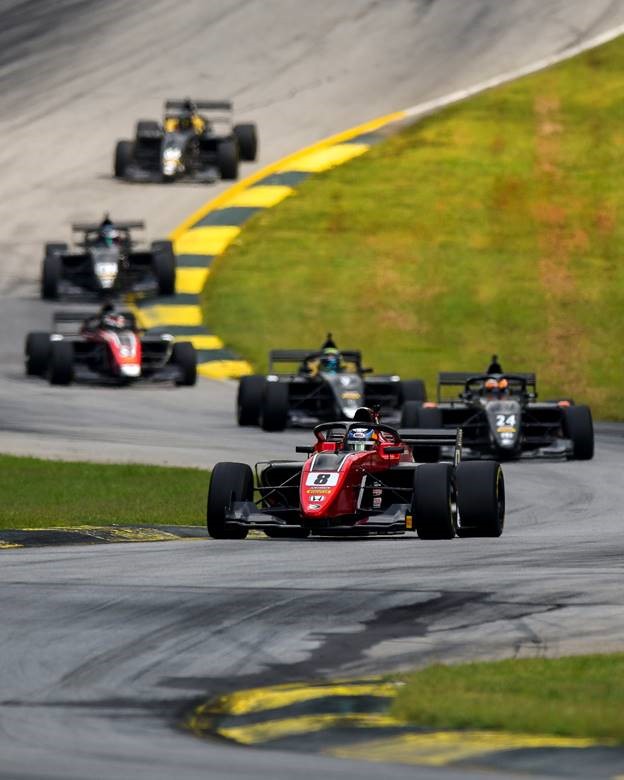 “We are very excited to kickoff our 2019 season with, not only some stellar venues and events, but also to have Scott join our team," said Sydney Davis-Yagel, SCCA Pro Racing Senior Manager of Race Operations. “Scott will be a real asset in race control and in the paddock. We are looking forward to working to expand the F4 U.S. and F3 Americas Championships in 2019 and beyond."

Complete with the only North American application of the Halo safety device, a bump in performance to 303 horsepower from the Honda Civic Type R engine and new Hankook slicks developed specifically for the championship, F3 Americas opens its 2019 season at Barber Motorsports Park as the support race to the IndyCar Series during the Honda Indy Grand Prix of Alabama April 5-7.

Both Championships break from racing in May and return to action June 21-23 at Pittsburgh International Race Complex. F4 U.S. and F3 Americas then travel to Virginia International Raceway with Formula Race Promotions July 26-28.

The F4 U.S. Championship season concludes at Circuit of the Americas with Formula 1 during the United States Grand Prix Nov. 1-3. The sixth F3 Americas date will be announced at a later date.

During the press conference, Goodyear addressed his key objective for this season: help develop young drivers on and off the track in effort to create more green-flag racing.

“All world-class racers start at the grassroots level to forge a path to the top levels of motorsport," said Goodyear. “Although some time ago, I can remember my first time I climbed inside the cockpit of a formula car – pure magic. The path today is the same, karts to cars, and the best first step for young racers is the SCCA Pro F4 U.S. and F3 Americas. My son, Michael, went from karts to F4 so I know the value in the series. I’m very excited to blend my time behind the wheel along with years training drivers to guide the young up and coming racers in the F4 and F3 Americas Championships. “

More information on the 2019 schedule and teams can be found at F4USChampionship.com and F3Americas.com.

Nov. 1-3 Circuit of the Americas with Formula 1

The F3 Americas Championship Powered by Honda continues the evolution of affordable, competitive and technologically advanced open wheel racing that was established by the successful Formula 4 United States Championship Powered by Honda that debuted in 2016. This next level of open wheel racing meets the demands of racers and teams looking to grow their capabilities into more sophisticated and powerful machinery. The F3 Americas Championship aligns with the global FIA development ladder philosophy of using common components to provide a cost-efficient, reliable, and powerful racing structure as drivers ascend through the levels on their way to U.S. or global racing success.

FIA F4 is designed as entry-level open-wheel racing for participants, around a contemporary, modern, cost conscious formula. SCCA Pro Racing and its chosen partners that embrace these ideals and support this vision with appropriate technology and products. The selected F4 powerplant is a production-based engine powering the Honda CivicÂ® Type RÂ®, tuned to meet FIA-mandated output of approximately 160 Hp. The engine and the ECU are sealed to provide parity and compliance.