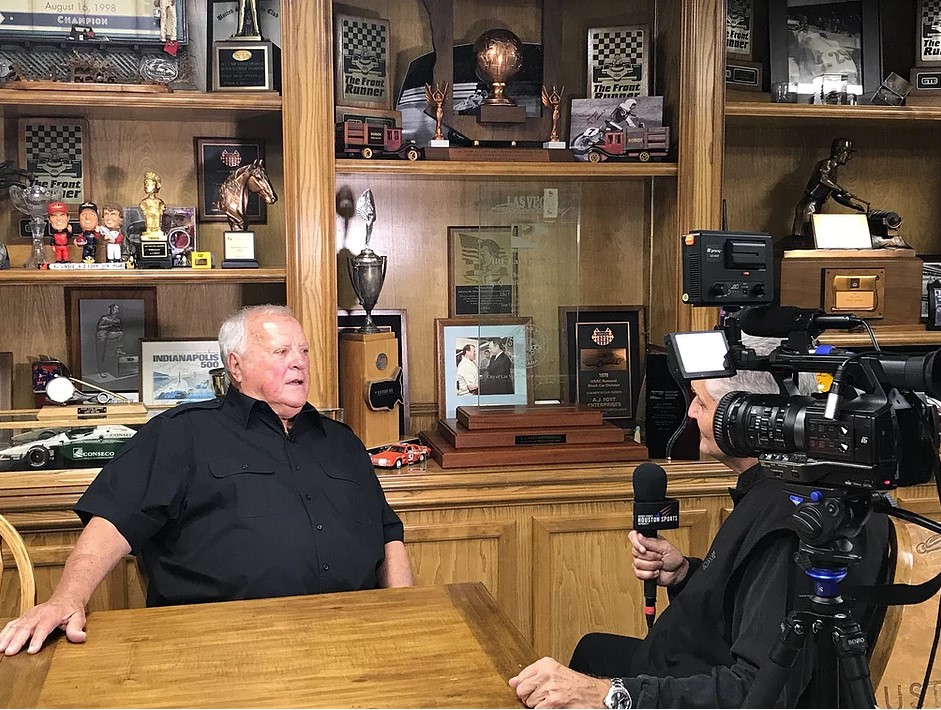 A.J. Foyt will join some esteemed company next year when he is inducted into the Houston Sports Hall of Fame on February 6th.

“I was born and raised in Houston and I’ve never left. I don’t care how many times you’ve been honored, it is really special to be honored in your hometown," said Foyt, whose iconic racing career took him to four continents and throughout the continental United States. “And I’m glad to know I won’t be the oldest one there!"

Honorees will receive their plaque on the Houston Sports Walk of Fame, individually designed HOF rings created by Diamond Cutters International and a custom Knot Standard blazer on stage.

Being inducted with Foyt are 95-year-old Golf Hall of Famer Jack Burke, Jr., who won the Masters and the PGA championship in the same year (1956), Olympic gold medalist and two-time World Heavyweight Champion George Foreman and Houston Oilers quarterback Dan Pastorini who led the ‘Luv Ya Blue’ Oilers to two consecutive AFC titles.

The first four-time winner of the Indianapolis 500 and his fellow inductees will be joining inaugural Hall of Famers Nolan Ryan, Earl Campbell and Hakeem Olajuwon who were honored last year, united by the theme of each wearing the No. 34 in their careers.

Foyt still holds several records in IndyCar racing despite having retired in 1993. He has won a record 67 races and seven national IndyCar championships. He started in a record 35 consecutive Indianapolis 500 mile races. He has won 14 major driving championships and is the only driver to have won the Indy 500, the Daytona 500 and the 24 Hours of LeMans which are the premier events in three very different auto racing categories: open wheel, stock car and sports car.

The second annual Houston Sports Awards will be held on Wednesday, Feb. 6th at the Hilton Americas. The star-studded red-carpet dinner and awards show will be produced by ABC affiliate KTRK channel 13, televised on AT&T SportsNet Southwest immediately following the Houston Rockets-Sacramento Kings game that night and streamed LIVE on ABC13.com. The Awards show will gather together Houston’s top athletes, both past and present, to commemorate, celebrate and recognize Houston’s top sports achievements, performers and moments.