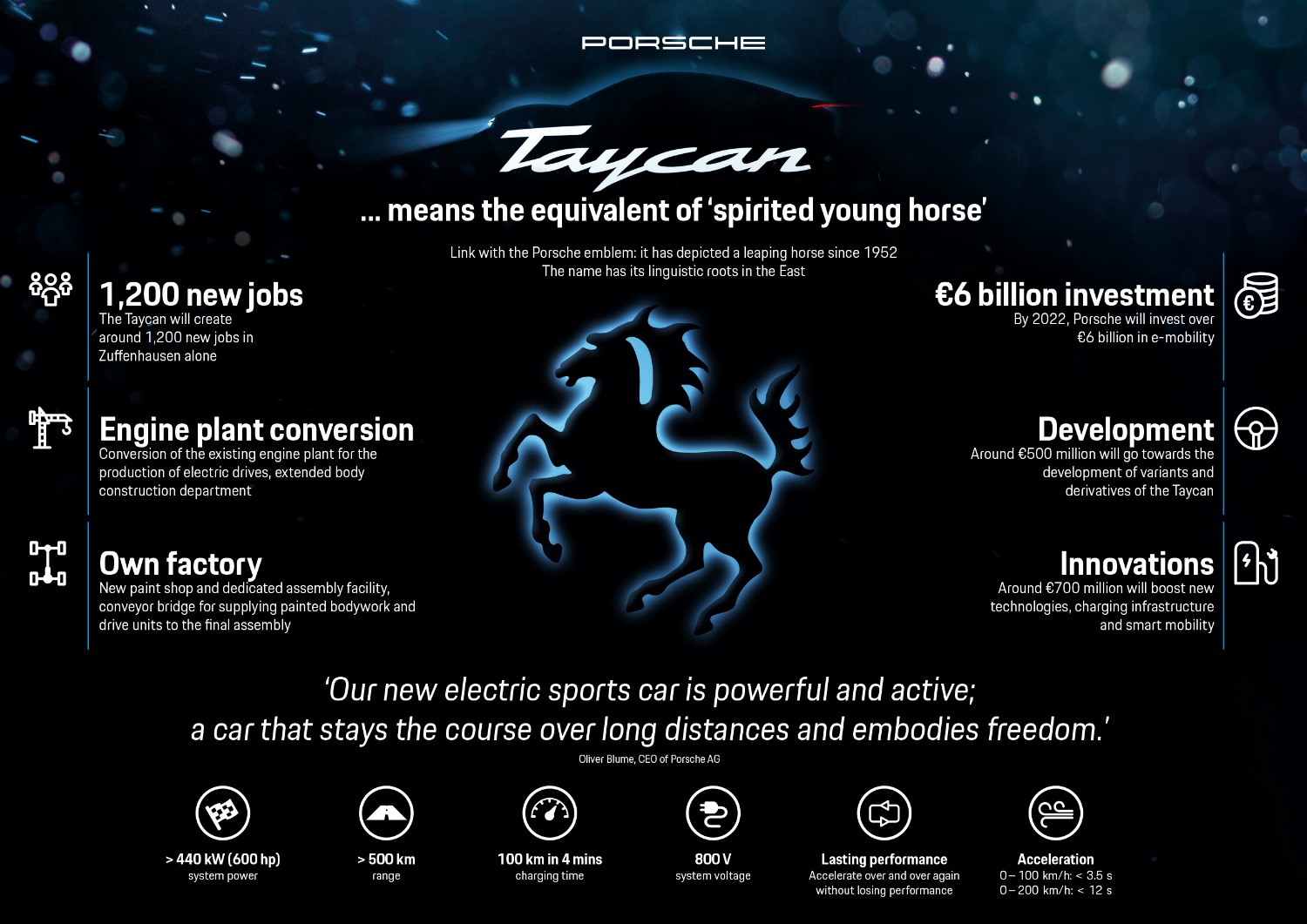 The German brand's CEO Oliver Blume told WirtschaftsWoche in a report last Friday that strong demand has led to increased production. Blume said the added production will be split between the standard Taycan sedan and the Cross Turismo variant Porsche confirmed for production earlier this year.

Porsche initially estimated it would sell 20,000 Taycans per year, but the higher-than-expected demand has been shocking. In Norway, for example, where Porsche typically sells about 600 new cars a year, the company has received nearly 3,000 reservations for the Taycan with cash deposits.

The company did somewhat prepare for the high demand for the electric sedan. A new plant in Zuffenhausen will build the Taycan, and Porsche made sure the car had its own dedicated assembly line and paint shop.

Porsche released the Taycan's initial specifications earlier this year and said the electric sedan would come with over 600 horsepower and 300 miles of estimated range. However, we expect additional variants of Taycan to come with less power to fall in line with Porsche's typical base, S, and Turbo model hierarchy.

The car will also usher in Porsche's 800-volt electrical system that will fast-charge the car to 80 percent in about 15 minutes. A 2-speed automatic transmission will send power to standard all-wheel drive, but rear-wheel drive could be offered later in the car's life.

Production will begin in mid-2019, and we'll see the company take the wraps off of its long-awaited electric sedan in the near future.