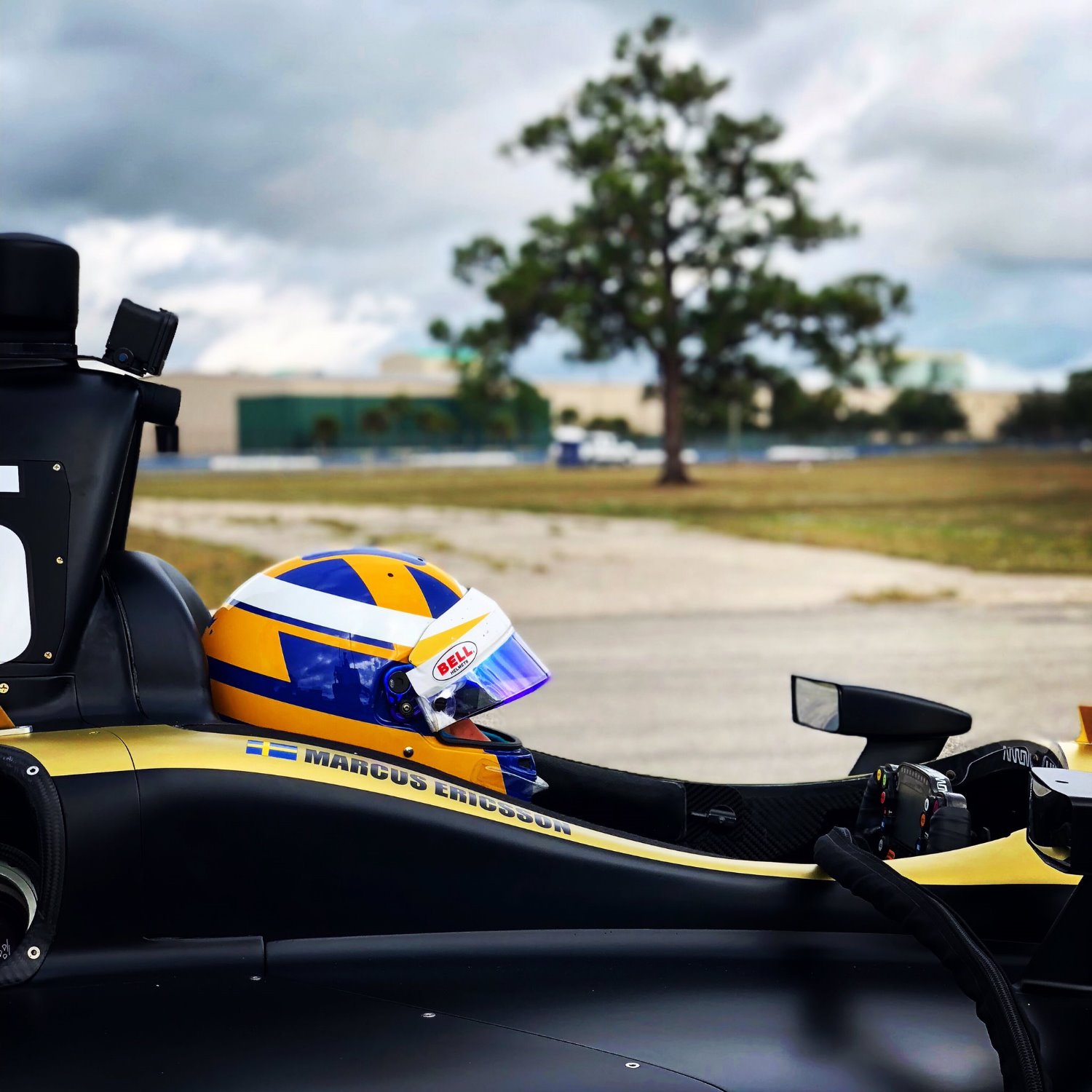 UPDATE Added photo of Ericsson in the SPM Honda and his quote from Twitter.

“I’d never seen these cars live before," Ericsson said after watching Team Penske’s three-car fleet begin a day-long test. “It was cool to see the other guys go out. The car looks really cool. I’ve watched a lot of clips on the internet to prepare myself for this. To be here today and also have Penske here is a perfect spot for me."

Nine days ago, Ericsson was competing in the Formula One season finale in Abu Dhabi. On Tuesday, he was writing the latest episode of his racing career, far from the opulence of F1, deep in the shopworn charm of Sebring, and enjoying every lap of his first test with Schmidt Peterson Motorsports.

“This sort of gets me back to why I fell in love with racing," Ericsson said after his first few hours of testing an SPM Honda. “F1 is always going to be F1, you know? But it’s sort of a bit artificial in some ways. You always go to these perfect places, and that’s not racing, I would say. This takes me back to the passion of racing."

After spending the last four seasons of his racing career with Alfa Romeo Sauber F1 Team, Ericsson signed in late October to drive the Schmidt Peterson Motorsports No. 7 Honda for the 2019 IndyCar Series season. Much of Tuesday’s test — which also included Team Penske’s Josef Newgarden, Simon Pagenaud and Will Power — served as an ease-into-it starter project for Ericsson.

His immediate thoughts? It’s as far from F1 as Sebring is from Abu Dhabi.

“As a driver, you have to work this car a lot more," Ericsson said. “F1 always starts from perfection, whereas here you have to deal with the car you have and then sort of perfect it. It’s a lot more work from the driver. That’s the biggest difference."

In five years in F1, the 28-year-old Swede competed in 97 races, with a top finish of eighth in the Australian Grand Prix in 2015. He will remain with Sauber as a reserve driver in 2019 but is scheduled to compete in all 17 IndyCar races in 2019 for Schmidt Peterson.

As for Monday’s initial test, his team was as impressed as Ericsson.

“I’m totally impressed with his outlook on this test," said Taylor Kiel, SPM’s general manager. “It’s difficult for a driver to come into a test and not be focused on the lap times, right? Just to get in the car, understand it, really take the time to understand the nuances: how you come into pit lane, what you do when you’re in pit lane, and what you do when you leave pit lane — all of the things we’re going to ask him to do on track. He’s responded very quickly to that."

When he arrived at the track Monday evening to join the team in its preparation for the test, Ericsson repeatedly told his new teammates how he couldn’t wait to get started. Even before the first engine fired and brought him to his feet, Ericsson emanated enthusiasm.

“I feel like I definitely have stuff that I can bring from my F1 experience to help us as a team to move forward, but I also think the team is really at a high level," Ericsson said. “I’ve been impressed with the way they work and the preparation they do before a test with all the prep on the setup side. That’s been quite impressive."

What he found Tuesday was a vehicle more difficult to control and completely different than an F1 car, but something he welcomed. His new team noticed it, too.

“To the layman, this car looks similar to an F1 car, but it’s such a different animal," Kiel said. “There’s no power steering, there’s way less downforce and the brakes coupled with the downforce are not as good in an Indy car. So there are a lot of things that he needs to get used to and that he’s working on doing today. So far, so good. The learning curve is going to be steep, but he’s very well-prepared mentally to attack that right now."

Kiel said Ericsson will test again after the first of the year in preparation for the 2019 season-opening Firestone Grand Prix of St. Petersburg on March 11 at St. Petersburg, Florida. Jeff Olson/IndyCar