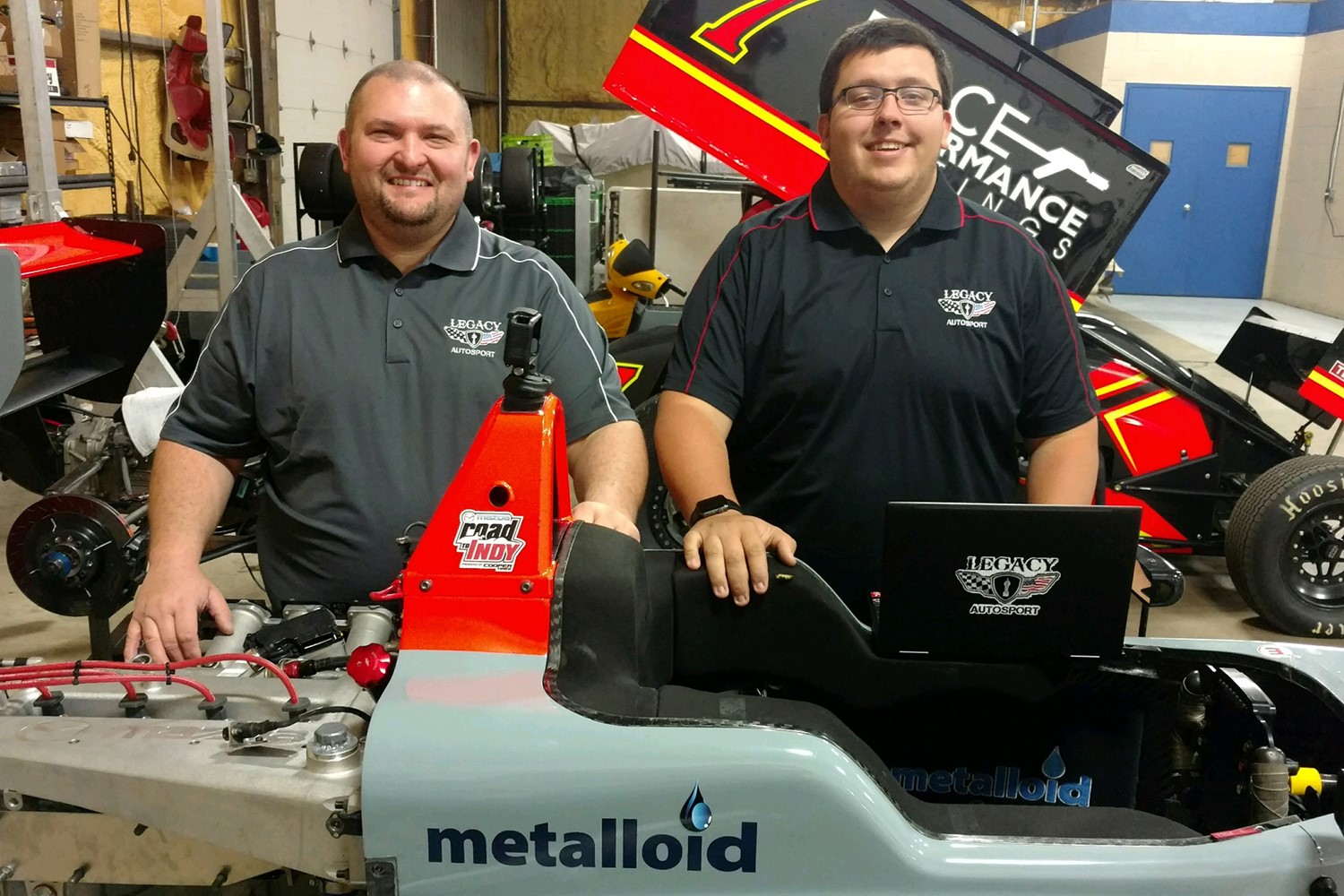 Primed and ready to make their official Road to Indy Presented by Cooper Tires debut in the Cooper Tires USF2000 Championship in St. Petersburg, Florida next March, Legacy Autosport is pleased to announce the addition of Nathan Toney to the team’s technical staff for the 2019 campaign. Toney comes to the team with experience working Andretti Autosport in Indy Lights and IndyCar, NASCAR’s ThorSport, and most recently, with Belardi Auto Racing at the Chris Griffis Memorial Test at the Indianapolis Motor Speedway. The 22-year old will work alongside team owner Mike Meyer in the engineering room, while centering his pit lane focus on the team’s #77 machine.

“Having Nathan join Legacy Autosport full-time is the final piece to what I feel is a championship caliber team," offered team owner Mike Meyer. “Since his first test with the team, it was a perfect fit, everything flowed like we had been working together for 20 years. The experience and success he achieved so early in his career is a testament to the effort and dedication he has for the sport. I am very proud of the team we have assembled. Everyone here at Legacy Autosport is working hard and chomping at the bit for the green flag to fly at St. Pete."

Born in Indianapolis, Toney began his career as a driver at just five years of age, racing quarter midgets before moving through Micro Sprints. Nathan eventually re-focused on engineering fast, race winning cars, beginning his career with Corey Fillip (former IndyCar crew chief) at his shock absorber business, Advanced Racing Suspensions. The experience he gained at ARS led to an opportunity at Andretti Autosport as a Junior Engineer with their Indy Lights operation. With Andretti, he developed his engineering knowledge baseline and fell in love with the Road to Indy program. He gained invaluable experience while being a part of the team which won the Freedom 100, among other races. Nathan also contributed to the Indy 500 teams at Andretti Autosport and was a part of Andretti when the team captured the 2016 and 2017 Indianapolis 500 victories. This past season, he had the opportunity to be a race engineer in the NASCAR Camping World Truck Series for the #88 ThorSport F-150. He then capped the year in the Race Engineer role for Belardi Auto Racing at the Chris Griffis Memorial Test in Indianapolis.

“I was able to engineer with Legacy Autosport at a test in Gingerman and that is where this opportunity started," Toney added. “To be a part of a team with such great people is an honor. Mike and Butch come from an incredible racing family and they have done great things in this industry to keep adding onto their family’s story. Fred Edwards and Ryan Barth from Metalloid have a great company and a love for racing that I am much honored to work for. I also can’t wait to work with Alex (Baron), given his experience in the Road to Indy."