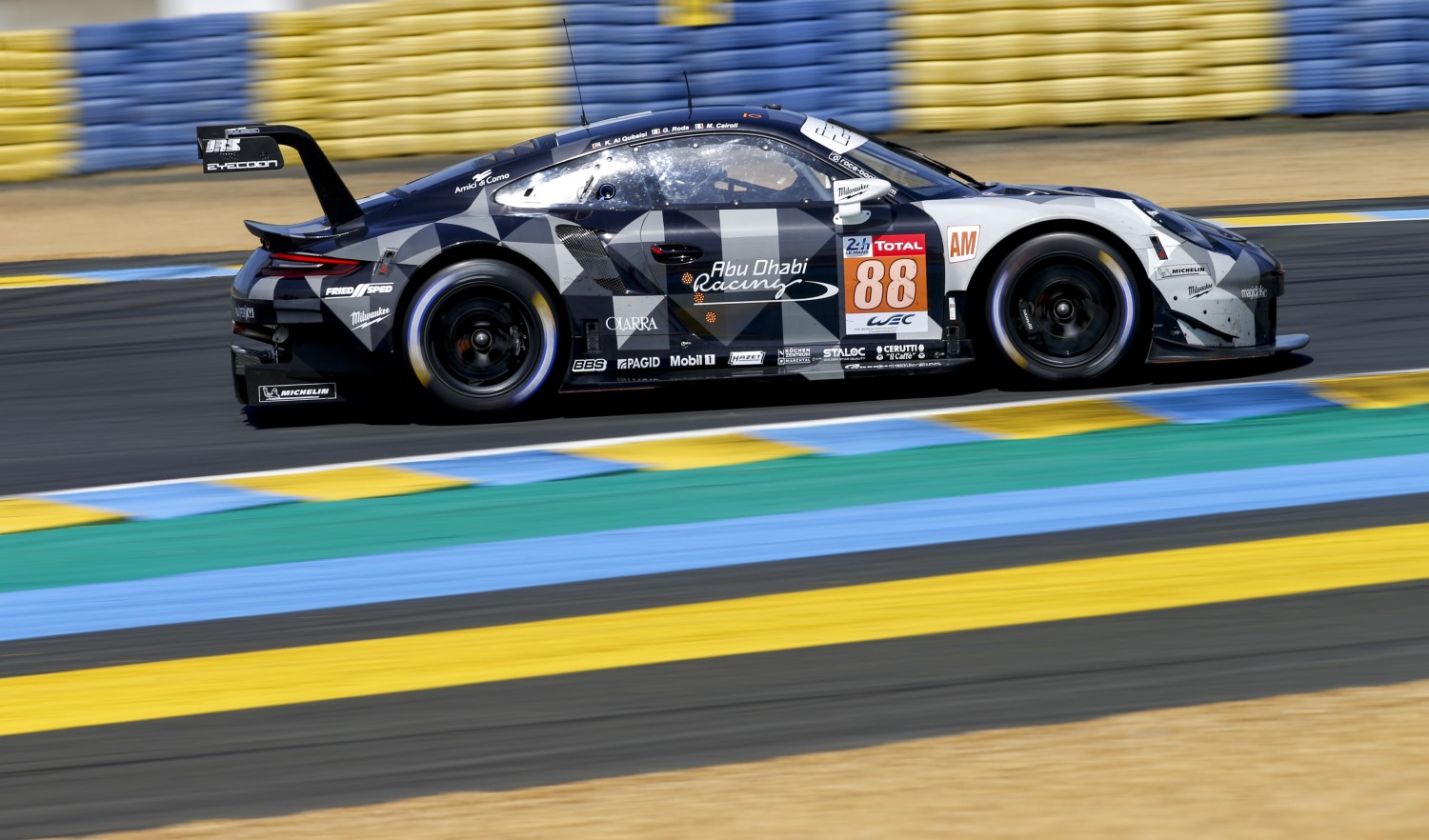 UPDATE The GTE-Am championship-leading Dempsey-Proton Racing squad has lost all points from the 2018-19 FIA World Endurance Championship season following a data logger infraction discovered at the Six Hours of Fuji.

The German team’s two Porsche 911 RSRs were found to have slipped under the 45-second minimum refueling time for GTE-Am and were subsequently given post-race time penalties following the Japanese round.

An investigation that was launched between last month’s Fuji event and this weekend’s race in Shanghai concluded that the cars’ data loggers provided inaccurate transmissions in a “fraudulent process".

The FIA issued its findings on Saturday, on the eve of the Six Hours of Shanghai, also confirming the disqualification of the two cars from last month’s Japanese round.

A line of code was modified in the data logger that artificially added two seconds to the actual refueling times from Fuji, although it was determined the system had been in place since the Six Hours of Silverstone in August.

During the post-Fuji investigation, the team declared that the data logger modification was made by an “external consultant" who has not been identified, despite repeated attempts to do so in hearings with team principal Christian Ried, technical director Michael Ried and a team representative.

The team told the stewards it was not aware of what the external consultant did, although the decision report stated that it “failed in [its] duty of loyalty" for not revealing the identity of the person.

The loss of points covers all of Dempsey-Proton’s relevant championships, including the drivers’ championship which Matt Campbell, Julien Andlauer and team owner Christian Ried led.

It means the Team Project 1 Porsche trio of Joerg Bergmeister, Patrick Lindsey and Egidio Perfetti now lead the GTE-Am drivers’ standings, 12 points ahead of TF Sport’s Charlie Eastwood and Salih Yoluc heading into tomorrow’s fifth round of the season.

The latest WEC post-race controversy comes after this weekend's Fuji race where the second-place finishing #88 and the sister #77 Dempsey Proton Porsche cars, which led the Championship before Fuji after wins at both Silverstone and Le Mans, received time penalties, and notice of a further investigation, again into fueling-related issues.

In the first instance, the Fuji result has changed with time penalties applied to the #88 which dropped the car from its second place at the line down to fifth after minimum fueling times were breached by both cars. Read all the Stewards Decisions on the matter

Potentially even more serious though are a pair of related Stewards decisions that state that the sensors monitoring the fueling logs from both cars were “found sending a signal that was….. intentionally modified before being sent to the FIA datalogger."

The team have denied any knowledge of such a function and the Stewards have directed an investigation by the FIA Technical Delegates before the next FIA WEC round at Shanghai next month.