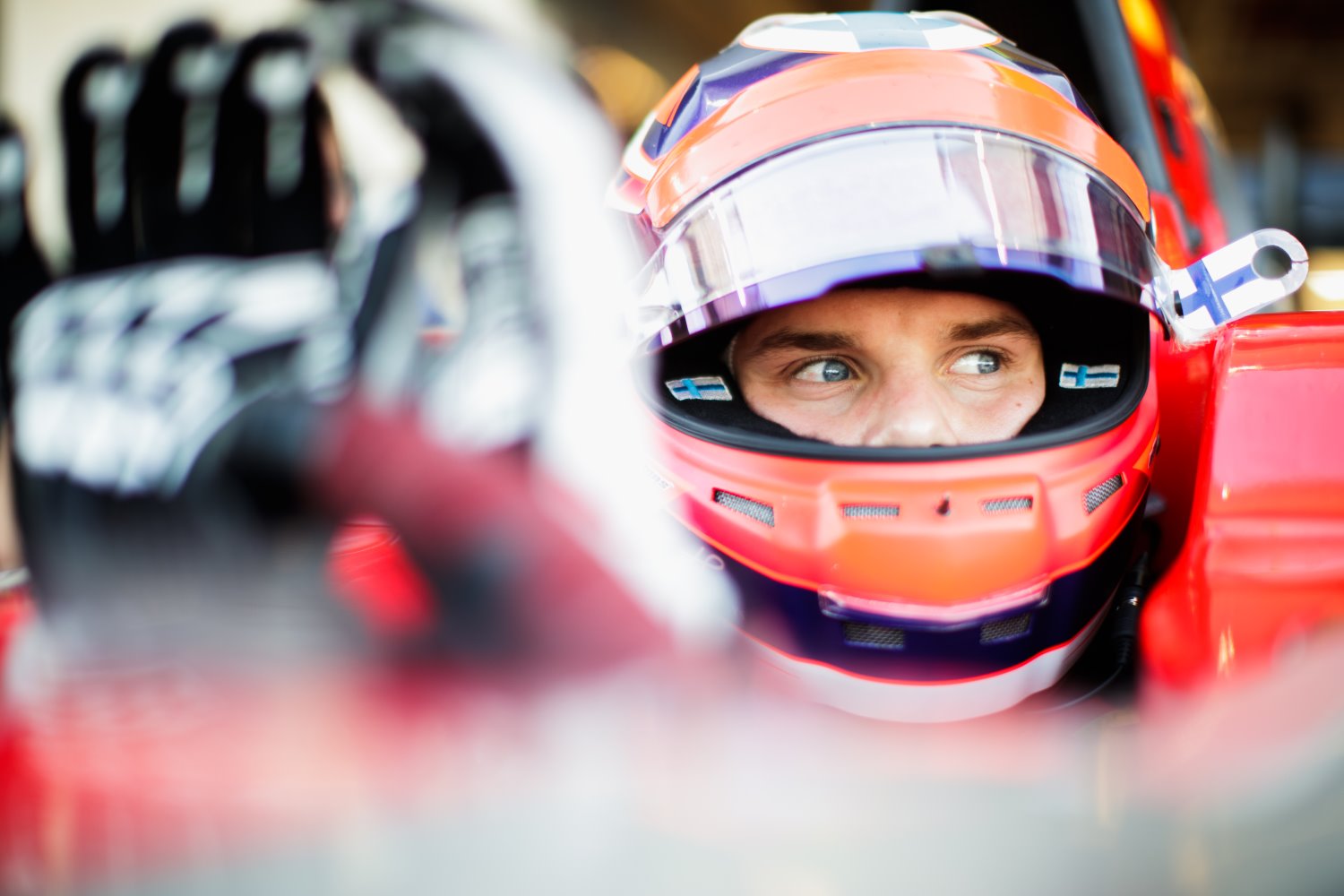 Niko Kari was once again the quickest man at the Yas Marina Circuit: the Finnish driver set a laptime of a 1:54.683 at the wheel of a Trident in Day 2 morning session of the 2018 post-season tests. Jehan Daruvala topped the afternoon session in a 1:54.753 with Campos Racing.

Day 2 opened at 9am local time and Logan Sargeant led the rest of the pack out of the pitlane as soon as it went green. The American driver who spent Day 1 with MP Motorsport moved to Trident this Friday and set the early pace.

The studious morning session saw Kari and Daruvala swap positions at the top of the timesheet with the Indian driver drawing first blood in a 1:55.102. The Finn improved further and dipped under 1m55s, but Daruvala went even quicker in a 1:54.689 to retake P1.

With one hour and thirty minutes left on the clock, Kari reclaimed the top spot with a laptime 6 thousandths better than Daruvala’s. When the flag dropped, Kari, Daruvala and Sargeant completed the top 3 ahead of Alex Peroni, Linus Lundqvist, Richard Verschoor, Christian Lundgaard, Yuki Tsunoda, Maximilian Fewtrell and Devlin DeFrancesco.

Daruvala was back at the top of the timesheet in the early stages of the afternoon session, but the battle for P1 raged again as Kari went quickest with a laptime of 1:55.888.

Most of the session was dedicated to long runs and we had to wait until the final half hour to see Daruvala retake the top spot in a 1:55.325. DeFrancesco was able to improve on the Indian’s best to go top, but with five minutes left on the clock Daruvala went even quicker to end the session P1. Verschoor and Lundqvist also moved up to second and third respectively in the dying minutes. Piastri, DeFrancesco, Tsunoda, Sargeant, Kari, Lorenzo Colombo and Peroni rounded the top 10.

The GP3 Series will run one final day tomorrow.