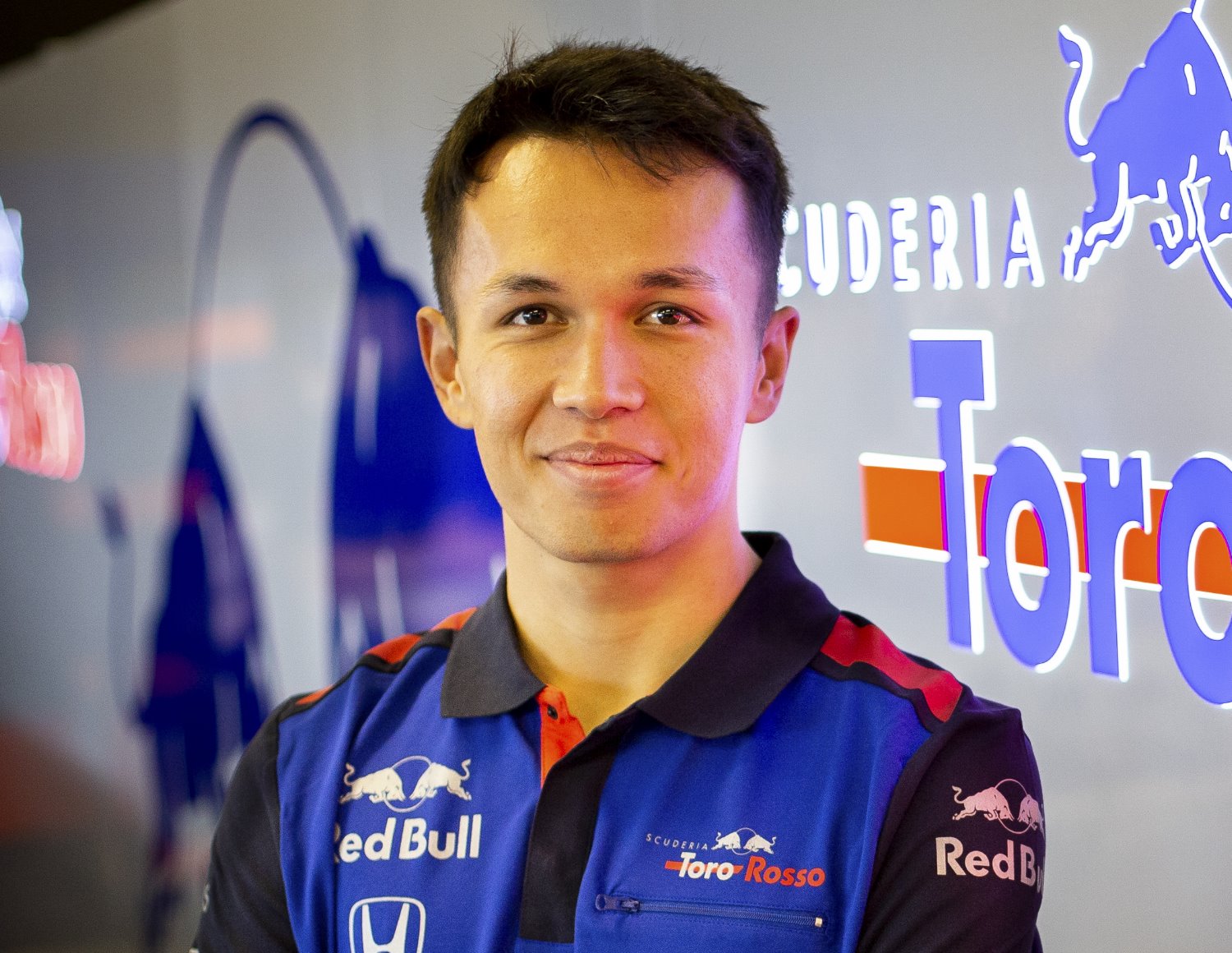 Scuderia Toro Rosso announced on Monday that Alexander Albon will drive for the team alongside Daniil Kvyat in 2019.

The British/Thai driver, 22, reveals below where we was when he got the call confirming his drive, his love of cats, and his hidden talent.

Where were you when you received the call to tell you that you are now an F1 driver?
I received the call on Monday afternoon. I was told that I was now confirmed as a Toro Rosso driver and that the team was ready to make an announcement. I was in the shopping mall buying a pair of trainers so I rushed back to the hotel straight away!

What was your reaction? Did it come completely out of the blue?
I was beyond excited as I have waited for this moment since I was six years old. I can’t say that it came out of the blue, because I have been trying to resolve my situation with Nissan e.dams to allow me to join Toro Rosso for the past few months. I still couldn’t believe that it finally happened!

Who were the first people you told about the news?
My mum was the first person I called, she was most probably more excited than I was.

You are known for your exciting overtaking maneuver's, are you confident you can bring your racing style into F1?
Yes, I am. The way the cars are designed in F1 make it hard to overtake, but with the rules for next year, I'm sure there will be some nice battles. Quite a cool fact is that I raced with around half of the drivers on the grid from karting, so in some ways I think it will feel like battling like the old days!

You race under the Thai flag, how proud of a moment will it be to be the first Thai driver on the F1 grid since the early 1950s?
I am so proud to be representing Thailand. It is a huge honor for me and my family to be given such an opportunity. Hopefully I will do them proud.

How tough a period was it after being dropped from the team in 2012?
Very tough, it was a difficult year for me for numerous reasons, not least because of my results, but it made me work that much harder. I was on the brink of stopping racing all together. Since then, I knew I had to impress every time I drove and fortunately Dr. Marko gave me a second chance.

Did you think your F1 dream was over at that point?
I never gave up on it, I needed to believe that it could still happen. Having said that, I knew that my chance of going to F1 was very slim as I didn't have a proper budget. In reality, the only way I was going to have the opportunity was through Toro Rosso/Red Bull, but as we all know, it is not easy to impress Dr. Marko!

What are your hopes and goals for the 2019 season?
Personally, I don't really set goals for the end of the year. It's more about trying to maximize each race weekend as it comes. I won't have many days in the car before Melbourne, so it will be very important to be as prepared as possible and take each race as it comes. Of course, it would be nice to fight regularly for points and at the sharp end.

Who are your idols in F1?
Michael Schumacher, I was obsessed!

Outside of motorsport, what else do you enjoy spending your time doing?
I spend most of my time training and the rest with my family and friends… and pets, I love animals. We have two dogs and five cats at home.

Do you have any hidden talents people may not know about?
I would say I'm pretty good at drawing and designing. I even help design other drivers’ helmets!