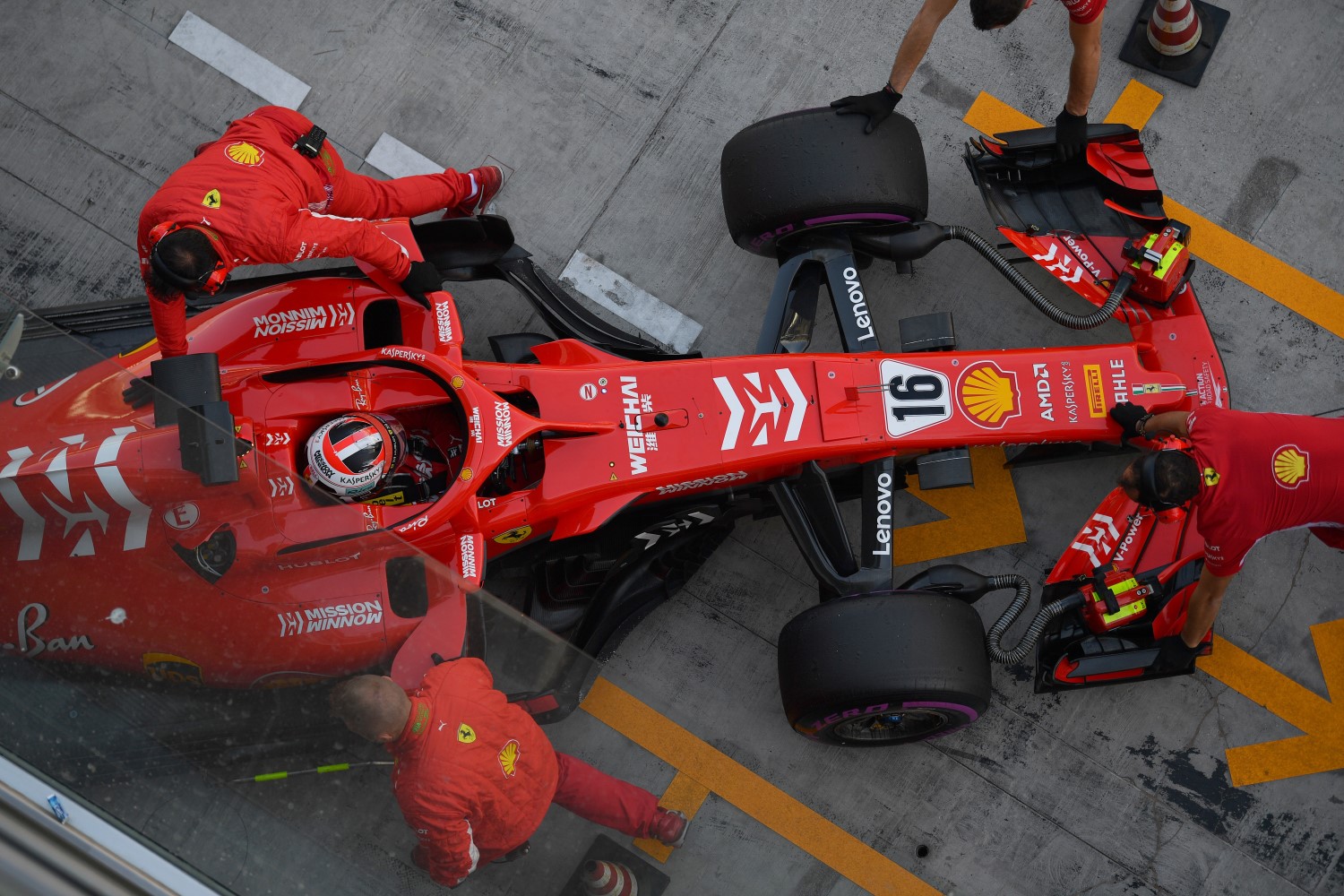 Life as a Ferrari race driver got off to the perfect start for Charles Leclerc as he set the fastest time on the second day of tyre testing in Abu Dhabi on Wednesday.

The two-day Pirelli tyre test came to a close at Yas Marina, with all of the teams enjoying productive days. For Leclerc, it was his first outing in a Ferrari since being confirmed as Kimi Raikkonen’s replacement in 2019 and he duly set the pace with a 1m 36.450s to sit comfortably clear of the rest of the field.

It wasn’t only Leclerc who featured at the top of the timing screens for his new team, with Pierre Gasly second to Leclerc on his first appearance for Red Bull.

Gasly posted a 1m 37.916s which was just 0.031s faster than new team mate Max Verstappen had managed on Tuesday. However, Gasly did have a tyre advantage as his time came on the 2019 version of the hypersoft tyre, compared to ultrasofts for Verstappen.

Force India had split driving duties on the opening day of the test, but on Wednesday Lance Stroll was able to carry out a full day of running for the team. For the second day in a row the Canadian finished third fastest, with his best lap just over 0.1s slower than Gasly.

As was the case on Tuesday, there were a number of 2019 drivers taking on testing duties with their new teams, with Carlos Sainz in a McLaren for the first time. The Spaniard was 0.099s slower than Mercedes’ Valtteri Bottas – the only driver to complete both days – as he managed 150 laps – the highest mileage McLaren have managed in a single day of testing in the V6 turbo-hybrid era.

With Daniel Ricciardo not able to test for new team Renault, Artem Markelov was back behind the wheel of the RS18 and ended up within half a tenth of Sainz. There was a spin for Markelov in the final sector during the morning’s running but he was able to continue without damage and post a 1m 38.590s.