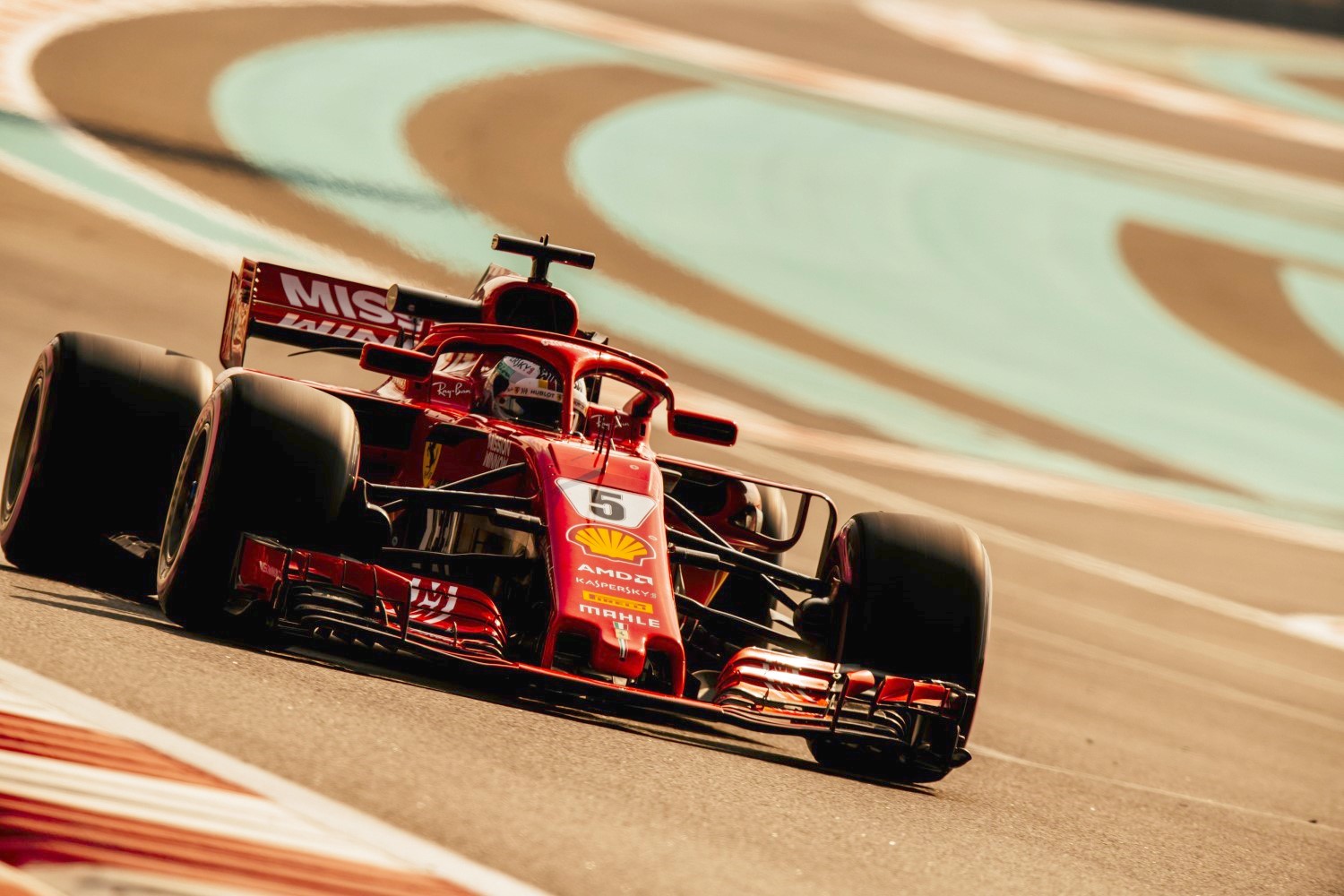 Sebastian Vettel set the fastest time in Formula 1's post-season Pirelli tire test in Abu Dhabi on Tuesday, with a best time of 1m36.812s on the 2018 version of the hypersoft tires.

“The purpose of this test is primarily to get a first feeling of the new tires, with the impressions of the last weekend of racing still fresh in our minds,which gave us the possibility to compare," said Vettel.

"Unfortunately, today we lost some track time to repair work, but overall I think there were no major surprises as these tires seem to work and to be fairly similar to the ones we used this season. Now we’ll see how the new regulations for 2019 affect the speed of all cars and how they work in combination with the tires, also depending on the compound choices at the various tracks".

Valtteri Bottas was second quick with a time of 1m37.231s using 2019 Pirelli test tires labeled as 'compound 5' – the softest of the 2019 types brought to the test.

"Overall, a good day of testing here in Abu Dhabi. We completed our program without any issues and we were able to do some long and short runs on a mix of the new Pirelli compounds. We can see some differences to this year's tires but we have all winter to work on understanding the new tires from all the knowledge we are gaining from this test. I'm sure Pirelli will learn a lot from these two days of testing as well. We'll be back on track tomorrow for the final time this year."

Lance Stroll used 2018 hypersofts to jump to third for Racing Point Force India with a time of 1m37.909s ahead of Max Verstappen and Sergio Perez.

Lando Norris jumped to sixth in the afternoon for McLaren, ahead of Nico Hulkenberg.

F1 test debutant Pietro Fittipaldi caused a red flag early in the day when his Haas stopped on track, and it was several hours before he rejoined as the team changed his Ferrari engine.

Fittipaldi made a series of improvements to finish eighth.

“It was an amazing day. I’m very happy to have had my first drive in a Formula One car," said Fittipaldi

"The braking power of the car, the acceleration, the speeds you carry through the corners, it was just insane. The car is so fast. It’s just stuck to the ground. The amount of downforce it has is unbelievable. We had small issues at the beginning of the day, but the team got them sorted. They really did a fantastic job to get back out there, and then in the afternoon we worked through the plan we had.

"We compared the 2018 tires to the 2019s from Pirelli. I tried to give the engineers my best feedback so they can start working on that information. The team has given me a huge opportunity to be testing with them next year. I’ll learn as much as I can, but also help them with developing the car for 2019 and throughout the season. It was a really good test."

Robert Kubica took over from 2019 Williams team-mate George Russell for the afternoon and bested the Formula 2 champion's time by three tenths to finish ninth.

On Wednesday Charles Leclerc will drive for Ferrari for the first time since being confirmed as a 2019 race driver, as will Pierre Gasly for Red Bull and Carlos Sainz Jr for McLaren.