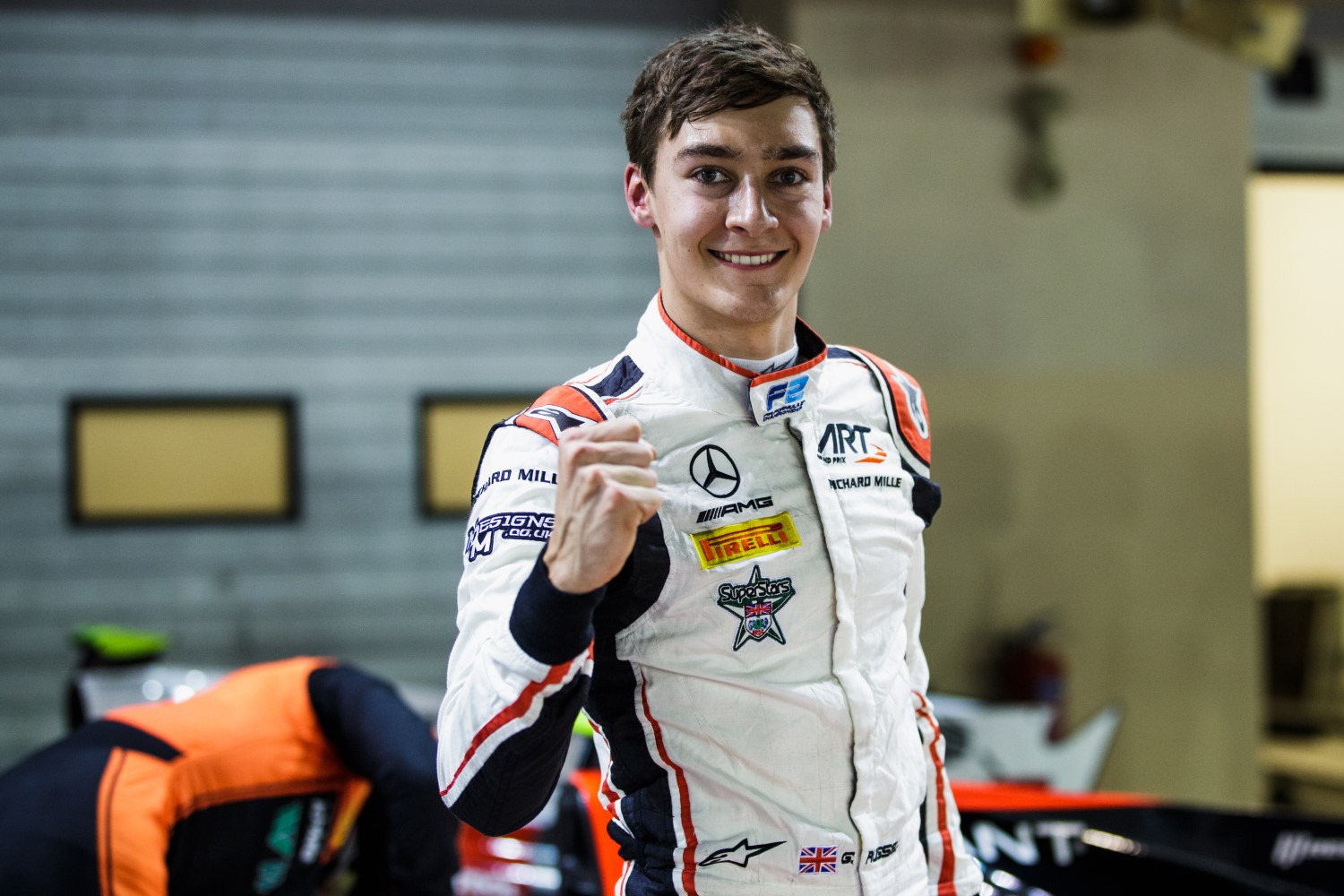 George Russell has put one hand on the trophy by claiming a fifth pole position at this evening’s FIA Formula 2 Championship qualifying session to extend his lead over title rival Alexander Albon to 41 points with just 44 left to claim this weekend, with the Briton flying on his second run to grab the top spot ahead of Nyck de Vries and Nicholas Latifi.

The Briton stopped the clocks with a lap of 1:49.251 with a minute remaining in the session, while Albon had a wide ride over the curbs in the final sector of the lap, destroying any chance he had of getting one over his rival ahead of tomorrow’s feature race.

The temperatures remained up as the sun dropped down ahead of the session, and with the lights blazing overhead the teams concentrated on making the final preparations until the circuit opened for business. Russell was the 2nd driver on track and was clearly keen to stamp his authority on the session: Carlin pair Lando Norris and Sergio Sette Camara briefly alternated the lead before Russell claimed the top spot for himself, with Albon and Artem Markelov slotting onto the timesheets just behind him.

Nyck de Vries and Latifi emerged for their first runs just as their rivals were returning to the pits, and both men put the clear track to good use, with first the Canadian and then the Dutchman annexing the top spot, although de Vries made it clear to his team that he didn’t think his lap was good enough to hold on as he returned for fresh tires. It was a point that was soon to be proven correct.

With six minutes remaining everyone was back on track and looking to find the time they left on track last time around: Russell’s sectors went green and then purple before holding on the final sector to claim provisional pole, with de Vries and Latifi improving as well but both being unable to usurp the ART driver, and when Albon had a ragged final sector after a trip across the curbs Russell’s pole was secure.

Behind the top three Artem Markelov made a tremendous improvement on free practice to claim a second row start ahead of Jack Aitken, Louis Deletraz, Norris, Albon, Tadasuke Makino and Sette Camara: tomorrow’s feature race promises even more fireworks with the title potentially to be secured.