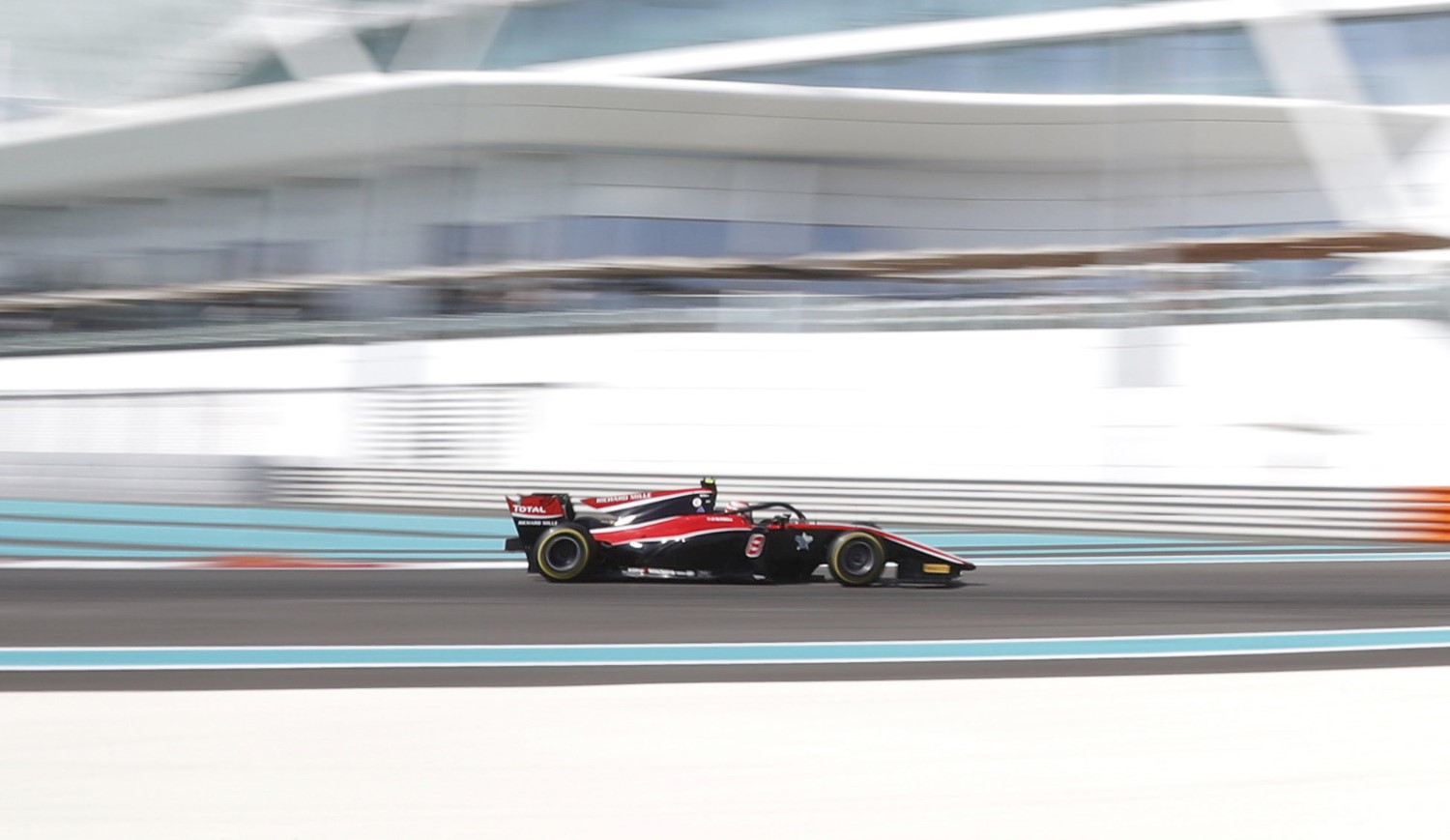 George Russell has got his championship-deciding weekend under way in fine style by topping this afternoon’s FIA Formula 2 Championship free practice with a lap of 1:51.720, grabbing P1 by over a tenth from Antonio Fuoco and Luca Ghiotto, while title rival Alexander Albon kept his powder dry by coming home in P9, almost a second behind the 2019 Williams F1 driver.

The session got underway with the expected blue skies and soaring temperatures, with Lando Norris and Fuoco the first drivers to set representative times to top the timesheets. The Italian held P1 for the first quarter hour before being usurped by Russell, who looked unruffled as he grabbed the top spot while further back Albon had a slightly wayward moment at the marina complex and decided that discretion was the better part of valor, returning to the pitlane soon afterwards.

And with that, the grid concentrated on their long run pace ahead of the penultimate race tomorrow, with little to concern the timekeepers: Roberto Merhi had a small moment over the curbs while Artem Markelov explored the limits of tire adhesion all around the circuit in an otherwise quiet session.

Nirei Fukuzumi was best of the rest behind the top 3 but ahead of Nyck De Vries, Merhi, Louis Deletraz, Norris, Albon and Markelov as they returned to the paddock to scour the data in an effort to go faster still in this evening’s qualifying session.