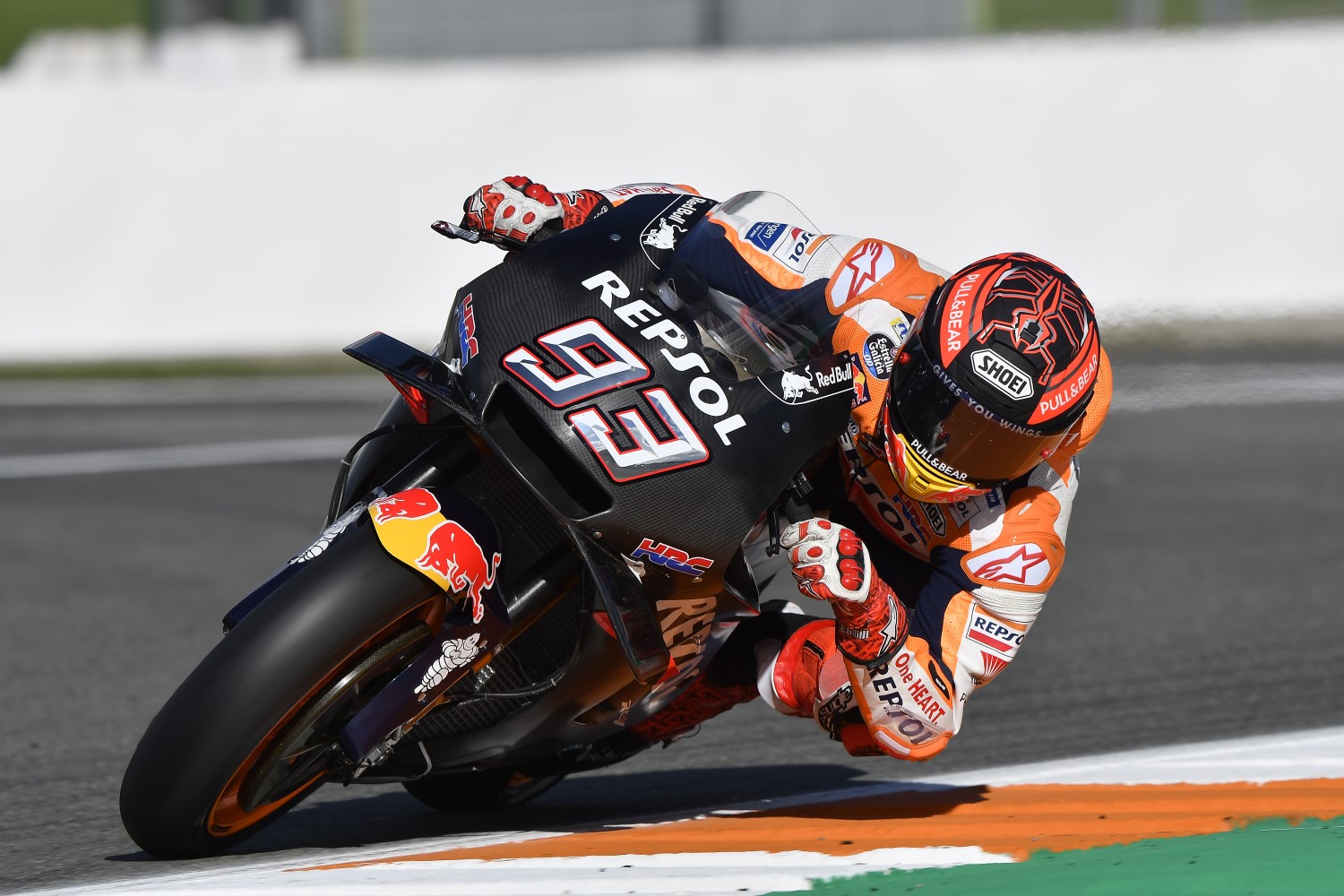 Fresh from completing the 2018 Triple Crown at the season finale in Valencia, the Repsol Honda Team was back on track at the Ricardo Tormo Circuit today with its new line-up, which sees Jorge Lorenzo joining the squad alongside World Champion Marc Marquez for 2019.

After five days of almost uninterrupted rain showers, the sun finally made its appearance at Valencia today, but it took the whole morning for the asphalt to dry enough to offer good conditions for proper testing.

Lorenzo took to the track around 1 pm, Marc Marquez a few minutes later, and they continued until the rain again put a stop to the action around 3:30.

"We tried to make a step forward with the engine, and I just felt really good going out," said Vinales.

"We still need to amend the engine in terms of acceleration, because the engine is different from what we had during the 2018 season. We need to keep going and I'm really happy.

"Tomorrow we might have another engine with another step. Maybe we will try that, but I'm quite happy with what we have now, so I want to make laps and set up the electronics really well, because it changes a lot over the whole track and we didn't have time to do it today.

"I did my best lap with the new engine. I feel the direction we're going in is the right one, because I feel much better in the corners, which is where we needed to improve, so now we can focus on acceleration."

“Unfortunately, we weren’t able to try everything we had planned to, as the track was still half-and-half in the morning and it started raining again later in the afternoon," said Marquez.

"So we only did 25 laps. Anyway, we tried three different bikes, starting with the current one but moving immediately to two other bikes, each with slightly different specifications. It was a positive test; there’s still a lot of work to do but we’re on the right path and the first feeling is good.

"Tomorrow we’ll continue with the same plan, trying to understand the bike’s balance because it changed a bit, and we still have to test the other small modifications. Pre-season just started, so we look forward to improving step by step."