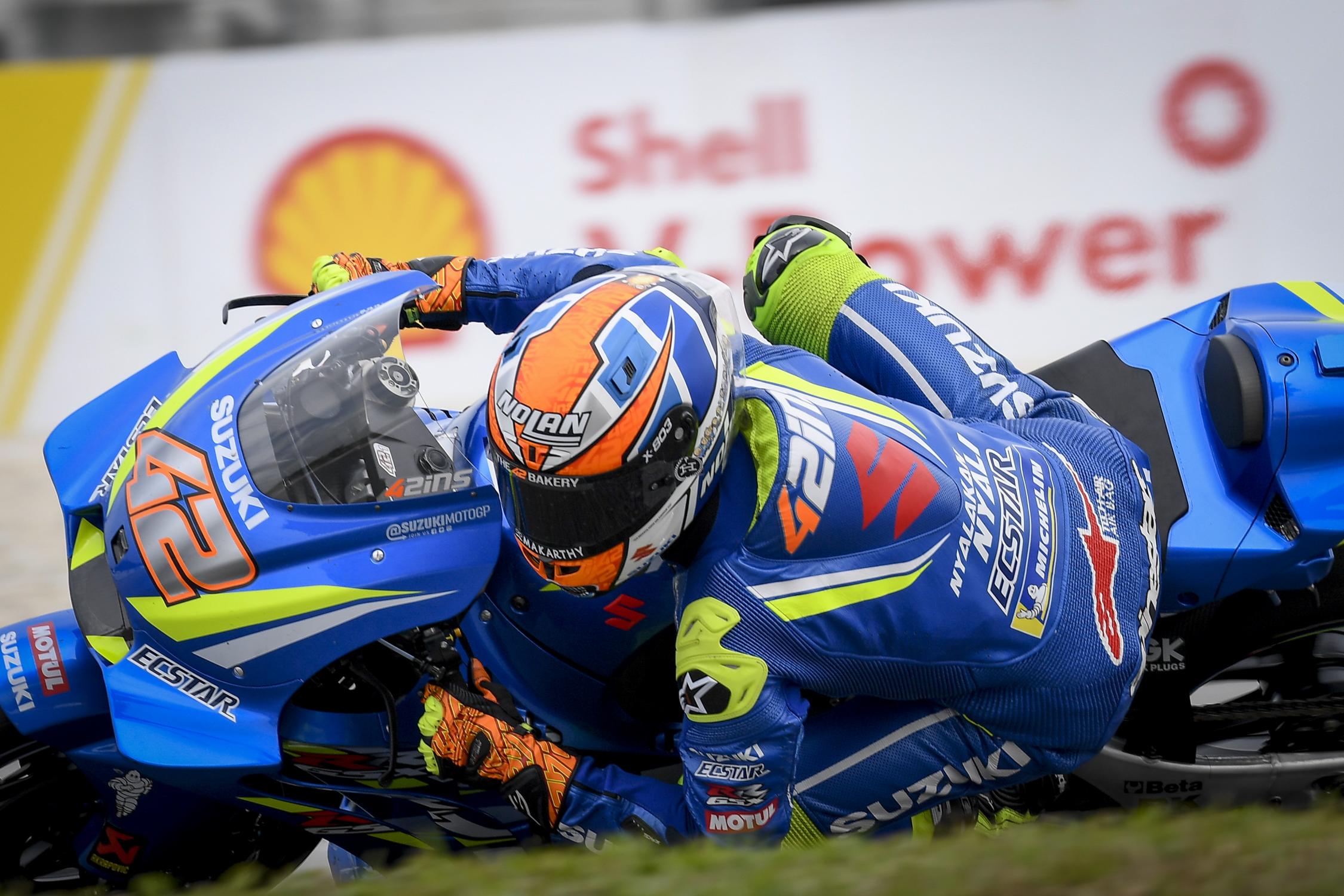 Alex Rins (Team Suzuki Ecstar) topped the timesheets on Friday at the Shell Malaysian Motorcycle Grand Prix after going quickest in FP2. The Spaniard heads Andrea Dovizioso (Ducati Team) on the combined times by just 0.089 after setting a 1:59.608, with Marc Marquez (Repsol Honda Team) completing a top three covered by 0.093 seconds at Sepang.

Despite the threat of rain throughout the day, the MotoGP riders were able to get two full dry sessions done and dusted in Malaysia, and it was a Suzuki leading the way as the checkered flag came out at the end of FP2. Rins was the man at the summit thanks to his late FP2 time, with Dovi failing to improve on his FP1 time in the afternoon session – P7 for the Italian in FP2.

It was Marquez who finished the second session in P2, but the World Champion had an eventful day. In typical Marquez fashion, the number 93 had to save the front of his RC213V numerous times across the two sessions. Front-end improvements needed for the Champion before qualifying?

There were no such close shaves for fourth place overall and sixth fastest in FP2 Valentino Rossi (Movistar Yamaha MotoGP) though. ‘The Doctor’ having a strong Friday to end the day just 0.159 from Rins’ time as four manufacturers make up the top four spots at Sepang.

Fifth on the combined times was Jack Miller on board his Alma Pramac Racing Ducati, the Australian setting a quickest time of 1:59.771 to end FP2 in P3 after being the first rider to dip into the 1:59s in FP2. Meanwhile, Australian GP winner Maverick Vinales (Movistar Yamaha MotoGP) completes the day P6 on the overall times, the Spaniard going fourth fastest in FP2 to end the day less than two tenths off P1.