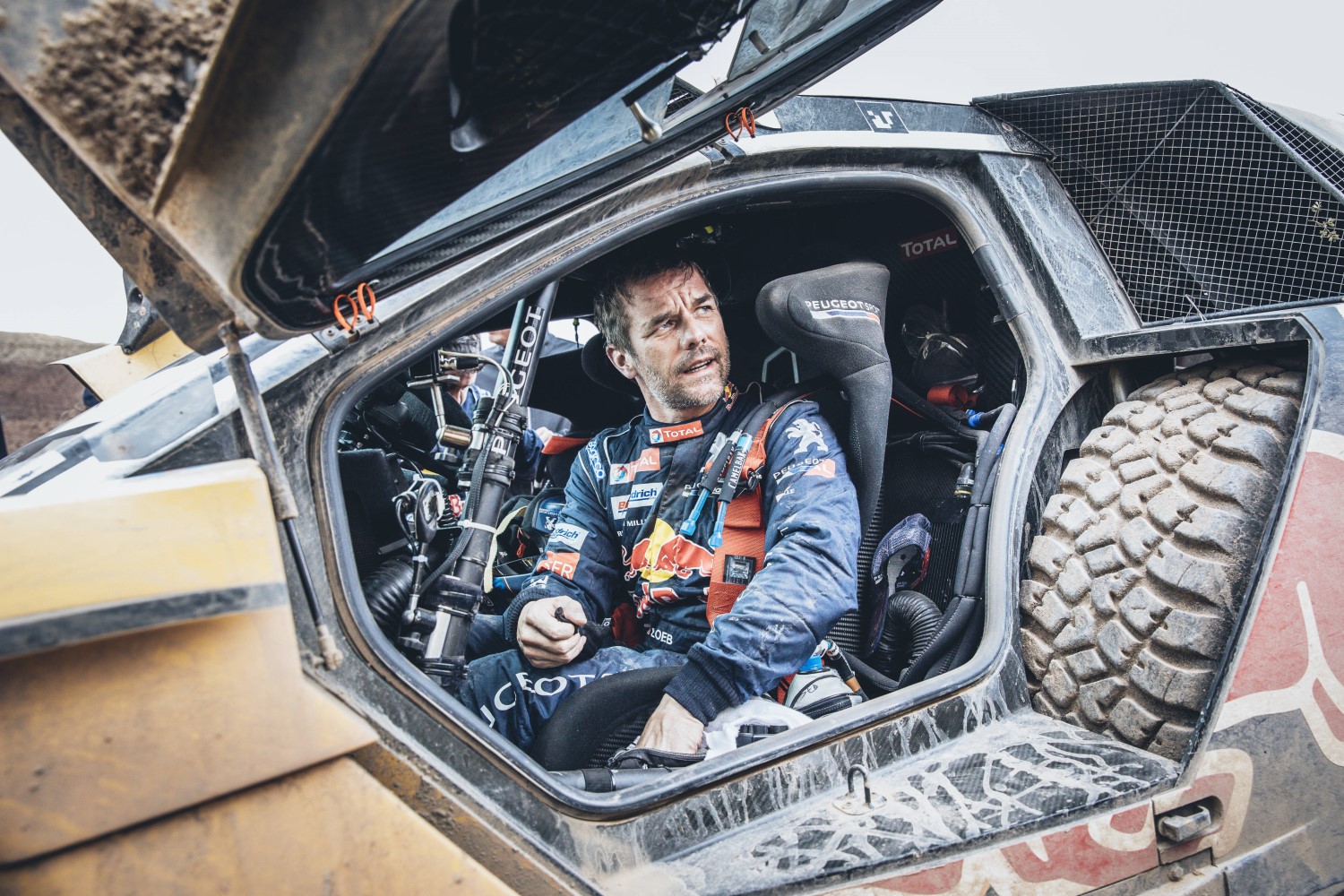 Sebastien Loeb has revealed that he will return for another shot at a maiden Dakar Rally win next January as a Red Bull privateer. Here is all you need to know:

– Loeb has driven the world's most grueling rally raid race three times before in a factory car. His second place behind team-mate Stephane Peterhansel in 2017 was his best result for Team Peugeot Total.

– After retiring in 2018 due to an injury to co-driver Daniel Elena in the Peruvian sand dunes, it looked like the motorsport legend would never race it again.

– Nevertheless Loeb, emboldened by his 79th FIA World Rally Championship victory in Spain last weekend, has decided to give it another shot.

– The privateer car that he will pilot alongside navigator Elena will be a Peugeot 3008DKR similar to the one that he finished runner-up in at the 2017 edition.

– His car will be run by independent French team PH Sport with Loeb looking to become the first privateer to win the race since Jean-Louis Schlesser in 2000.

– The 41st Dakar Rally in Peru takes place solely in one country for the first time from January 6-17 with around 5,000 kilometers over 10 stages awaiting the world's best off-roaders leaving Loeb little time for testing.

– The 44-year-old, who also has Silk Way Rally and Rallye du Maroc experience with Peugeot, said: "Throughout my career I've always been considered to be a favorite. While I'm obviously motivated by winning, having fun is important too, so taking part in the 2019 Dakar with Daniel, as private outsiders, is a fantastic challenge. I'm ready to give it a go: a little bit like my three WRC appearances this year, where success was far from being guaranteed."

– The Haguenau native will test the PH car privately in December before the rally start in Lima where he will be up against the likes of familiar foes Peterhansel, Carlos Sainz, Cyril Despres and Nasser Al-Attiyah.

– Loeb added: "I think all these guys will be strong rivals. I couldn't go with the wider 3008DKR Maxi from this year due to the latest regulations, so we go with the 2.20m wide car from the year before, maybe with a few small evolutions on the engine similar to this year."

– Peruvian sand dunes undid Loeb this year with next year's edition seeing a whopping 70% of the route made up of them, something that he is not afraid of.

– He explained: "I like the dunes, but the key thing will be not to get stuck. This is what I will work on during my test and there will also be some work for Daniel too, as navigation in the dunes is really tricky. I only made the decision to go to Dakar again at the last minute, but I'm still hungry for the win. We're probably lacking some preparation compared to the others: equally I didn't forget everything I learned over the last three years. It's an adventure that I'm looking forward to experiencing again."