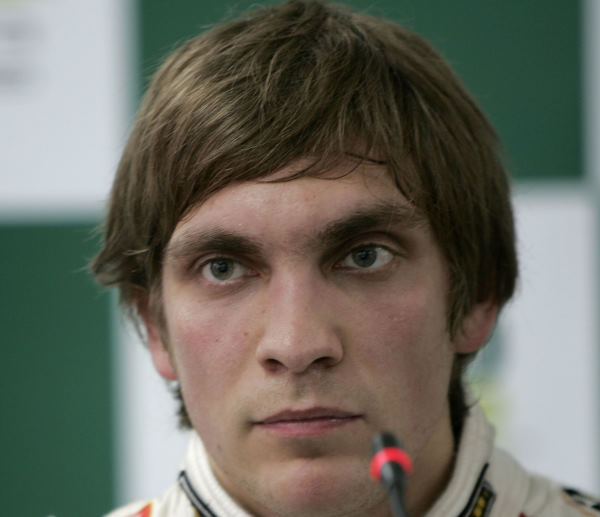 UPDATE #3 (GMM) Pedro de la Rosa admits his chances of returning to the F1 grid next year are high, but insists he has not yet made a decision about what to do in 2010.

The Spaniard, 38, has been McLaren's favored test and reserve driver for many years but has always spelled out his desire to add to his tally of 72 grands prix.

He is strongly linked with the new Campos team but indicated to the Spanish sports newspaper Marca that it is not his only option.

"I have not had so high a possibility to return to race in formula one for years," said de la Rosa.

He said however that he is not anxious to finalize his plans.

"I am calm and satisfied because the important thing is to have options, even though I am not resting on my laurels.

"We are going to try to organize something (for 2010), but it is not necessary to make a rush and a wrong choice," de la Rosa added.

But Campos insists that he is doing "everything possible" to sign de la Rosa, who at 38 would take over from Rubens Barrichello as F1's oldest active race driver.

He said of de la Rosa: "He would contribute a lot to a formula one team because of his experience."

Campos has said that, with an experienced driver heading the lineup, a young driver with potential could then be signed as his teammate, but he would not necessarily also have to be Spanish. On the Onda Cero program, he mentioned Vitaly Petrov, Bruno Senna and Sergio Perez as three youngsters who "deserve an opportunity".

Campos said his Valencia-based team will be powered by Cosworth engines for at least one season.

"The objective is that Pedro is the official driver but until today the negotiations are complicated," Campos is quoted as saying by Radio Marca.

"Still it is not decided. It is necessary to also consider drivers like Kubica and Piquet."

Campos added that the Russian GP2 driver Vitaly Petrov is "also a possibility", and amid speculation about the F2 driver Natacha Gachnang said it is "my intention to have a woman driver in the team".

08/20/09 (GMM) Campos will announce its drivers for its inaugural championship campaign in 2010 "soon", according to team boss Adrian Campos.

Campos told Diario Sport that the names of the drivers will be known "soon" but denied that an announcement this weekend, at the verge of the European grand prix at Valencia, is scheduled.

De la Rosa, 38, told another Spanish newspaper AS: "I have been with McLaren a long time. I have a few more years of racing ability and would return to be with a team even that is not competitive."