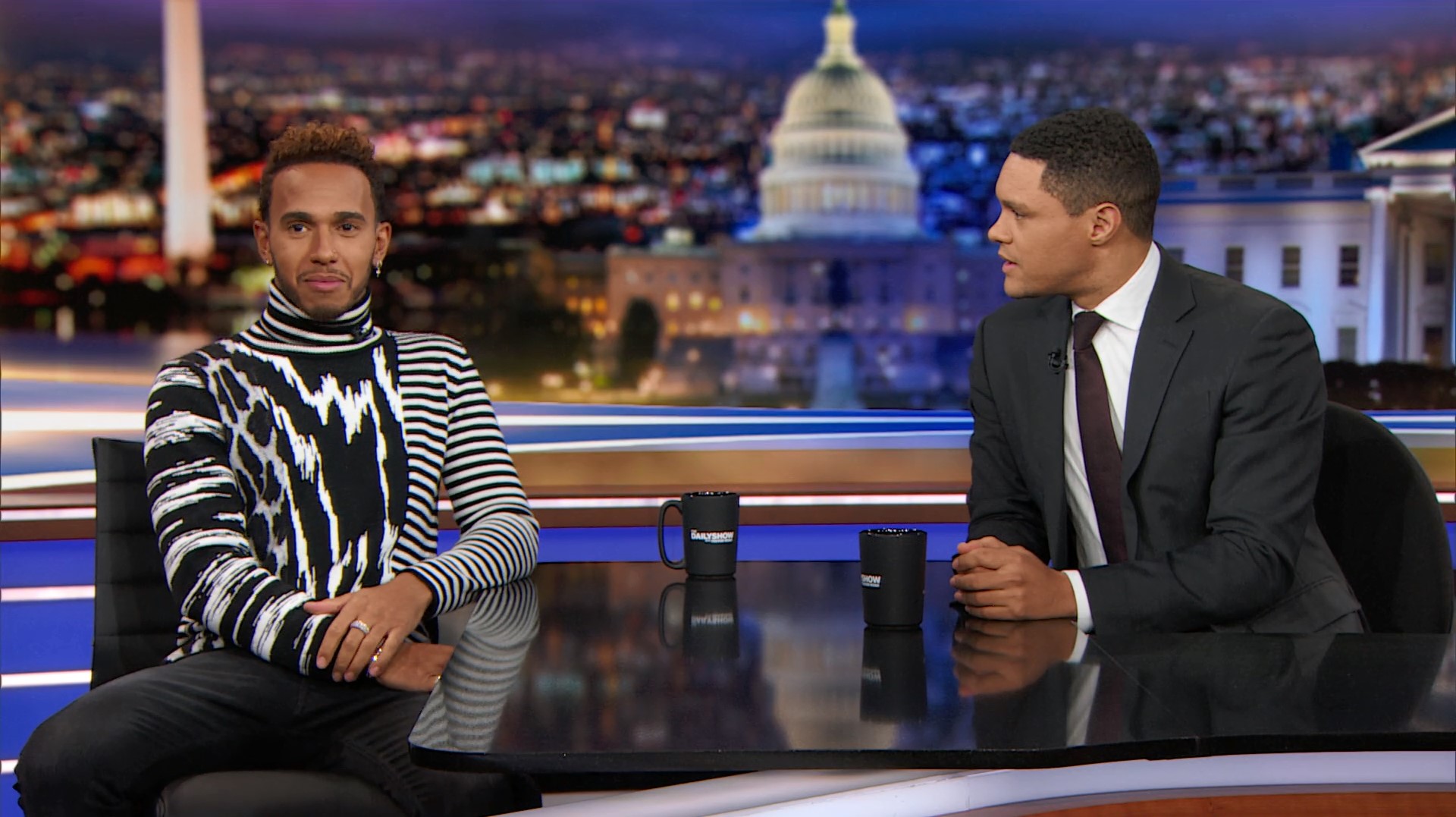 F1 driver Lewis Hamilton appeared on Comedy Central’s “The Daily Show" last night, with host Trevor Noah asking, "Is it a bit surreal to be in a position where you are in a sport that generally hundreds of millions of people watch around the world, but in America there are many people who have no clue what you do?" Hamilton: “We only have one race here … but it's growing here." Hamilton said racing in Malaysia, he lost 10.5 pounds in under two hours: “Every time I tell that to an American, they’re like, ‘Wow! I need to be a racing driver.’"

Noah: “You're always in the magazines for your fashion sense and now you've taken that to the next level. You’ve teamed up with Tommy Hilfiger. … How do you go from racing cars to designing clothes?" Hamilton: “It's been an incredible experience. I met Tommy here in New York like five years ago and every time I saw him, he was like, ‘I love how you're dressing, we should do something together,’ and I was like, ‘No way, Tommy wants to do something with me?’ I didn’t truly believe what he was saying. But fashion is just something I’ve always been into … and it's going really well" “The Daily Show," Comedy Central

The Daily Show with Trevor Noah