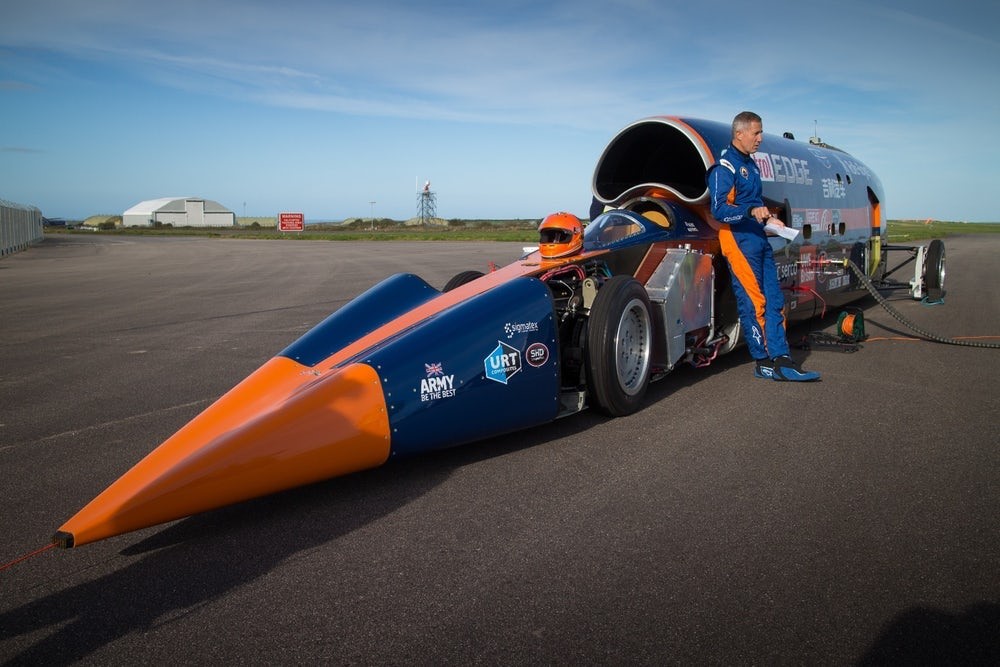 The Bloodhound Supersonic Car is designed to eventually cross the 1,000-mph (1,600-km/h) threshold

Ever since its founding in 2007, the company behind the Bloodhound Supersonic Car has made no secret of its plans to smash the world's land speed record and cross the 1,000-mph (1,600-km/h) threshold. Those plans have hit a significant speed bump, with the team today revealing it has run out of cash.

After completing its first public runs last October and pulling 1.5 G on its way to a top speed of 210 mph (338 km/h), the Bloodhound team quickly turned its attention to a parched lake bed in South Africa. There, a specially built 18-km-long (11-mi) track was to be built and play home to an attempt at reaching transonic speeds of 500 mph (804 km/h) this month.

Powered by a Rolls-Royce EJ200 jet engine with an equivalent thrust to 360 family cars, the Bloodhound Supersonic Car is at the very tip of what is possible in terms of aerodynamics, propulsion technologies and automotive engineering. And all that R&D comes at a cost, a cost that has seemingly become too much to bear.

The company announced today that is has entered administration, effective immediately, and is seeking a further Â£25m (US$33 million) to see the project through. And it does still seem relatively optimistic of gearing up and going again.

"Bloodhound has had enormous success in creating the world's most advanced land vehicle," says Mark Chapman, Chief Engineer, Project Bloodhound. "As we now move out of the R&D phase and into the operational phase of the project, we recognize that we need a different approach to funding. This project is built around the most successful team in the history of Land Speed Racing, and with the right support we have no doubt that the project will achieve its aims and could be racing for the record in as little as ten months."