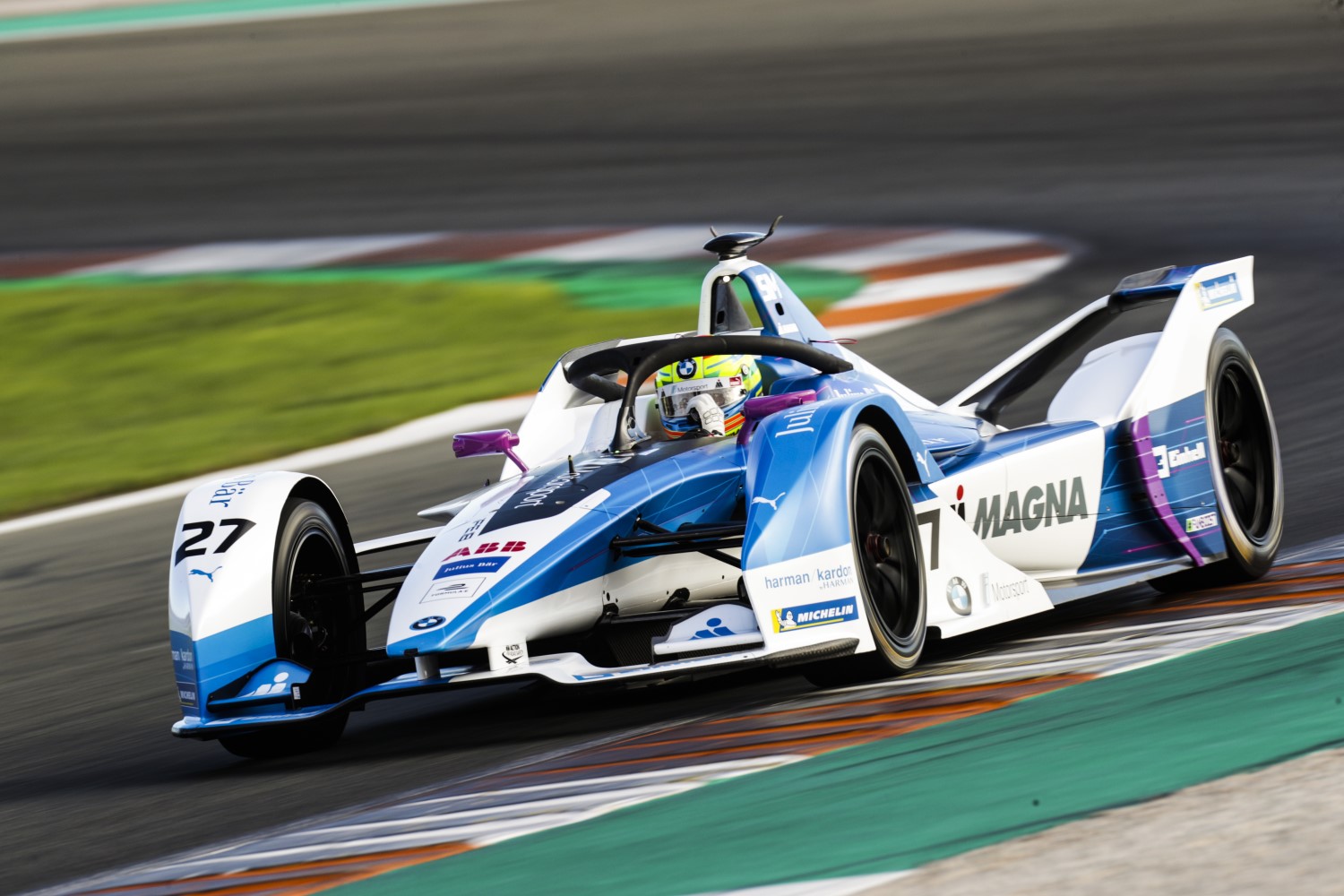 Alexander Sims set the fastest time in both sessions on the opening day of the ABB FIA Formula E Championship pre-season test at Valencia.

The BMW i Andretti Motorsport driver led both the morning and afternoon sessions, with his time of 1:17.553 in the latter standing out as the day’s best effort.

Sims ran a tenth of a second quicker than DS Techeetah’s Andre Lotterer, while his BMW teammate Antonio Felix da Costa set the third best time overall after finishing second in the morning.

Lucas di Grassi’s afternoon attempt of 1:17.732 was good enough for fourth ahead of Audi Sport ABT Schaeffler team-mate Daniel Abit.

The top twelve cars were separated by less than a second in the afternoon, while the top seven all fell within half a second of each other.

Both sessions were interrupted by red flag periods, with the morning run being halted after HWA Racelab’s Gary Paffett glanced the temporary chicane situated on the main straight.

The afternoon session was then stopped briefly when Lotterer left the track, although he was able to return to the pits.

Ferrari junior Antonio Fuoco, who was scheduled to sample the No. 6 Dragon Penske EV-3, failed to complete a lap but will have another opportunity to drive on Friday afternoon.