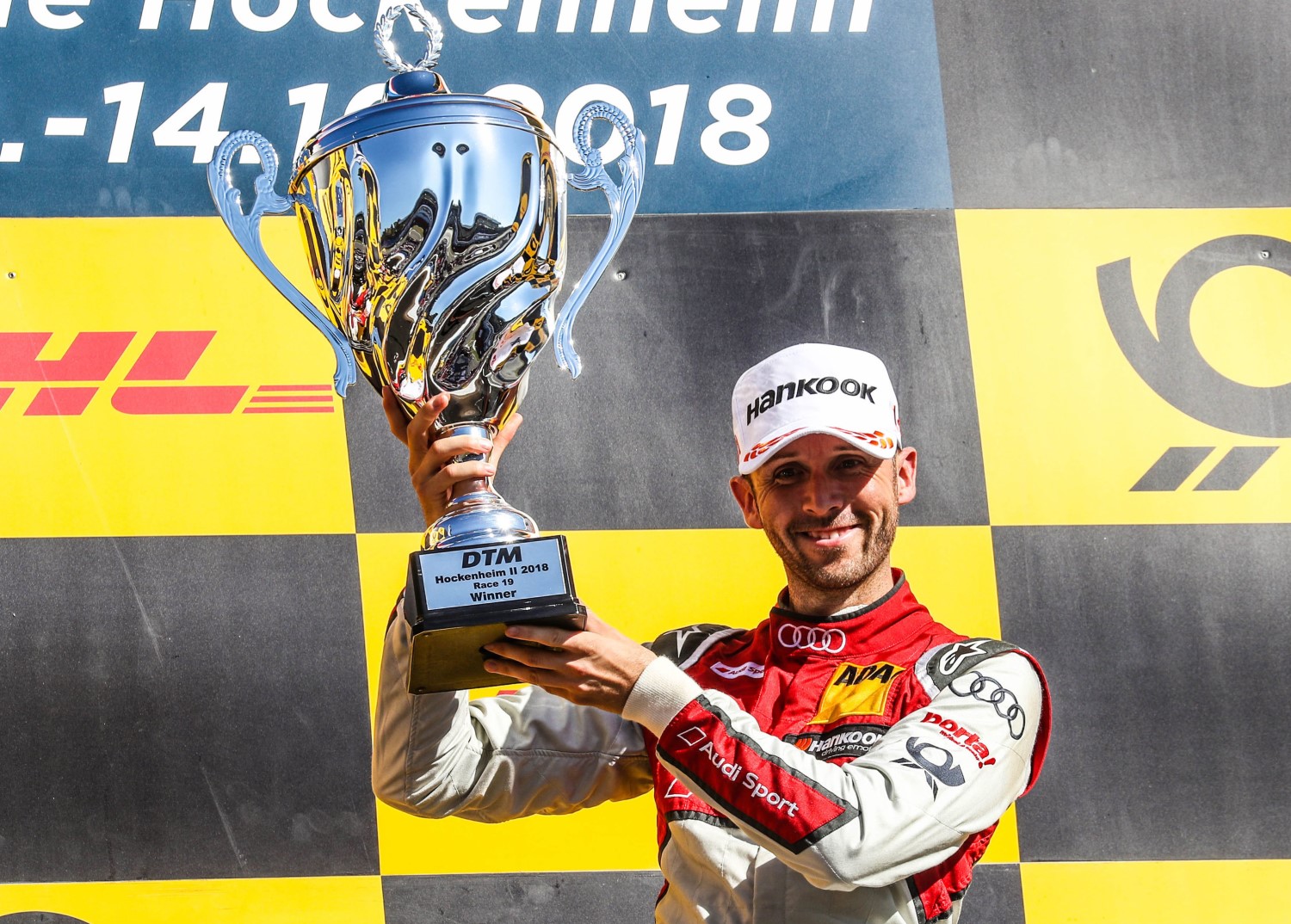 Rene Rast from Audi Sport Team Rosberg continues to make DTM history: In Saturday’s race of the season finale at the Hockenheimring, the Audi driver celebrated his fifth consecutive victory. No other driver has ever achieved this feat before in the touring car racing series that has been held since 1984.

To keep the title race open up until the last event on Sunday, Rast had to finish in front of his two rivals on Saturday, Paul Di Resta and Gary Paffett (both Mercedes-Benz). On clinching third position on the grid, he already kept Di Resta at bay in qualifying. In the race, he defeated Paffett in a spectacular but fair duel that swept the spectators at the Motodrom from their seats. The two title rivals overtook each other on numerous occasions before Rast managed to decisively pull clear of the field at the Indy-style restart following a safety car period.

“That was an incredible race and a fantastic duel with Gary," said Rene Rast. “No one has ever achieved five victories in a row in the DTM. Our goal was to keep the championship open up until the last race on Sunday. We managed to do that and have further reduced the gap to Gary and Paul in the championship. We obviously have to make up a lot of points tomorrow, but we’re not giving up and will keep pushing."

Following his fifth victory this season and ninth in total in his DTM career, Rast is trailing the new leader of the standings, Gary Paffett, by 15 and Paul Di Resta by nine points. A total of 28 points are yet to be awarded in the last race on Sunday (starting at 1 PM CEST live on SAT.1): three for pole position and 25 for victory.

Decisive, above all, for the outcome of the race on Saturday in hot summer temperatures of nearly 30 degrees C in the shade, was tire management. While Paffett as the best Mercedes-Benz-driver still dropped to fourth position in the final stage and missed the podium, Robin Frijns from Audi Sport Team Abt Sportsline advanced from tenth to second place during the final laps. As a result, he perfected Audi’s third one-two result in succession. The Dutchman had pitted late and had the freshest tires in the final stage of the race.