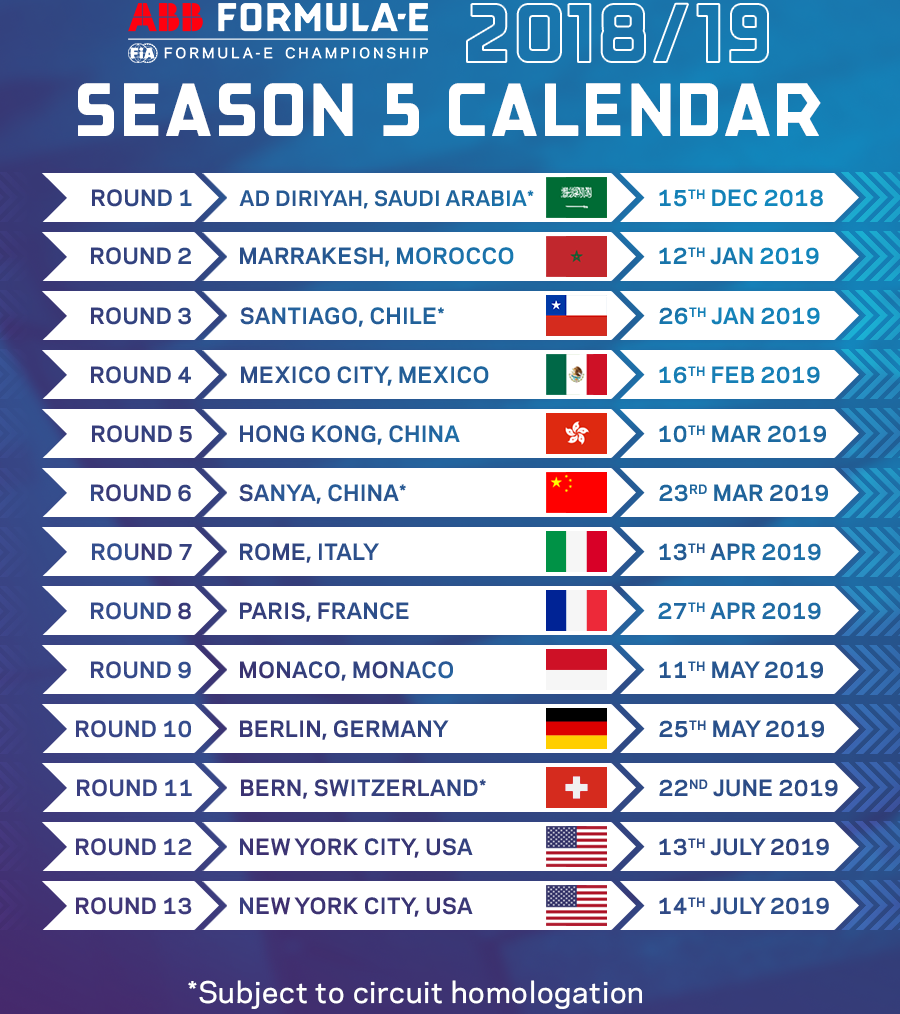 The ABB FIA Formula E Championship is bringing fully-electric racing to Bern next season for the Julius Baer Swiss E-Prix – scheduled to take place on June 22.

The Swiss capital fills the last remaining spot on the season five calendar, after it was announced earlier this week that the electric street racing series is returning to Santiago in January. The schedule for the eagerly-awaited new season of the ABB FIA Formula E Championship was published following the conclusion of the FIA World Motor Sport Council (WMSC) meeting in Paris today.

Bern will host the final round of the newly-titled voestalpine European races, before the series crosses the pond to close out the season in New York City over the course of two days on July 13 & 14. Julius Baer – leading Swiss private banking group and global partner of Formula E – will once again put their name to the event in Switzerland as race title partner.

Alongside making its debut in Bern for the Julius Baer Swiss E-Prix, the ABB FIA Formula E Championship will be traveling to other new destinations – including Sanya and Ad Diriyah, where the season gets underway on December 15.

Alejandro Agag, Founder & CEO of Formula E, said: “The calendar for season five of the ABB FIA Formula E Championship has taken shape – the most races and the best places. It’s a milestone season for Formula E with the introduction of the new car and we’ve put together a calendar to match our ambitions as a truly global sport. It’s fantastic news to return to Switzerland this coming season on the streets of Bern for the Julius Baer Swiss E-Prix. We collectively made history last season in Zurich – successfully hosting a professional circuit race for the first time in the country in over six decades. Now we’ll be making history once again by bringing the ABB FIA Formula E Championship to the Swiss capital of Bern – I’d like to extend my thanks to Mayor von Graffenried and his team. I’m already counting down the days to the start of the season."