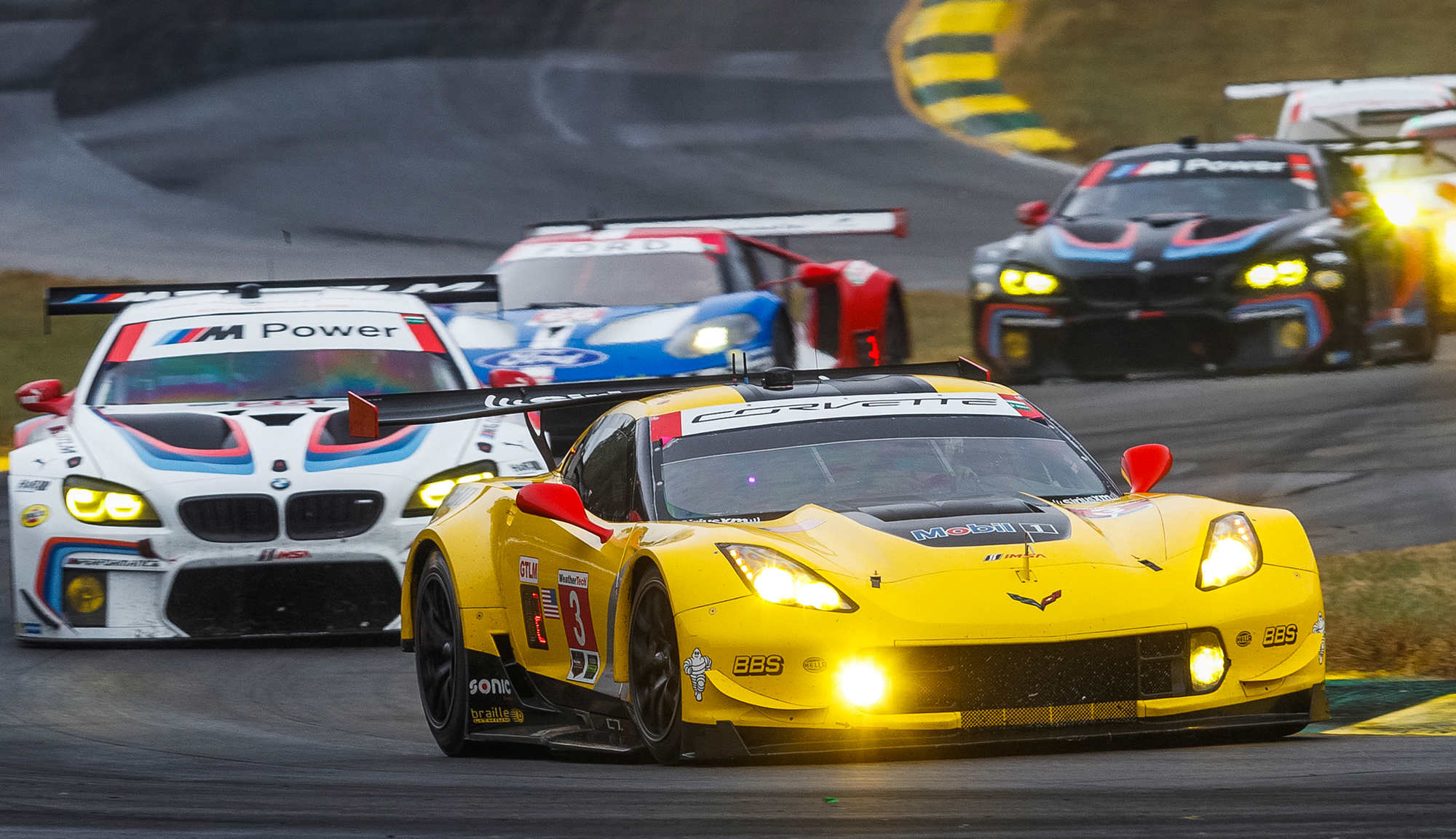 It all comes down to Saturday at Road Atlanta.

Championships will be on the line for both the IMSA WeatherTech SportsCar Championship and the Tequila PatrÃ³n North American Endurance Cup in the 21st Motul Petit Le Mans. The 10-hour race takes the green flag shortly after 11 a.m. ET on Saturday.

And as the season finale weekend approaches, there are storylines aplenty in the GT Le Mans (GTLM) class:

“Another championship run for Corvette Racing comes down to Road Atlanta," said Corvette Racing program manager Doug Fehan. “Petit Le Mans has earned its stature as one of endurance racing’s prime events over the last 20 years. The track, the fans, the atmosphere and level of competition make it a can’t-miss race."

Marcel Fassler joins the driver lineup for both the No. 3 and No. 4 team this weekend.

Corvette Racing would like nothing better than to wrap up its 20th year of racing with one more championship. And that championship could come on Saturday at the Motul Petit Le Mans at Road …

“I don’t think anyone at Ford CGR is giving up the fight quite yet," said Ford Performance Motorsports global director Mark Rushbrook. “It’s been quite a season for the Ford GT and the team and all of our partners, and we’re looking forward to seeing the conclusion."

The No. 67 team also is a top PatrÃ³n Endurance Cup contender currently sitting third in the standings, just one behind the No. 911. Bolstering the team’s chances in the endurance race are IndyCar stars Sebastien Bourdais and Scott Dixon. Bourdais is reunited with Hand and Mueller in the No. 66, while Dixon — who just picked up his fifth IndyCar Series championship last month — joins Briscoe and Westbrook in the No. 67.

Of all the championships to be decided during the Motul Petit Le Mans weekend at Road Atlanta, none have a wider range of potential outcomes than the MPC class in the IMSA Prototype Challenge …

Last month, Sims and De Phillippi went back to back, taking the America’s Tire 250 at WeatherTech Raceway Laguna Seca. This weekend, Bill Auberlen rejoins the driver lineup for the No. 25 team — which also won the 2017 Motul Petit Le Mans with then-co-driver Kuno Wittmer — with Chaz Mostert set to co-drive the No. 24 alongside Edwards and Krohn.

“It’s nice to be back with Risi Competizione," said two-time Motul Petit Le Mans winner Vilander, who last won the event with Risi back in 2016. “I’m not sure what to expect, as we’ve been out of racing for much of the season, but this is a professional team, so they will be ready. We will try hard to be competitive and fight for a good result.