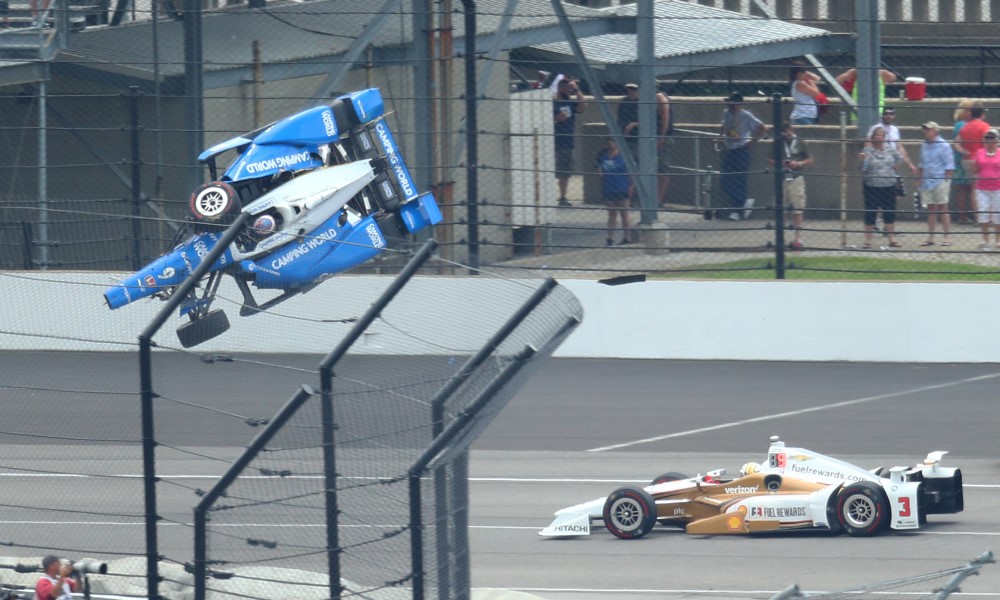 UPDATE Felipe Massa has reiterated the dangers of IndyCar racing in talking to Motorsport.com.

Massa told Motorsport.com: "We saw so many drivers getting hurt and I’m just saying what I see for the safety of the drivers.

"I didn’t expect so many drivers saying that what I said was not correct."

"I don’t race in IndyCar, I don’t know day-by-day what they’re doing, this is clear.

"But when I see that they are racing at Indianapolis, for example when Fernando Alonso was racing [in 2017] and I think Scott Dixon was really lucky and Bourdais got hurt really bad.

"Then you go into the year after and we see a race in Pocono and what happens with Robert Wickens.

"If you see Formula 1, maybe they even change sometimes a little bit too much [for safety], but if you see what happens to Jules [Bianchi], that accident will not happen anymore because they changed so many things after that accident.

"So when I think maybe after this accident [Wickens'] they need to think about changing something.

"I just say what I believe is something that they need to [do].

"I’m not saying they’re not doing anything, I’m saying that just maybe they didn’t do enough because we’ve seen many drivers getting hurt."

“I didn’t speak about it, I just said maybe they need to think about it a little bit more.

"I just said that I saw the race with the walls very low, with the fans just next to the wall.

"I don’t think it’s really so expensive to change something on this point of view. So, that’s what I said.

"But anyway, if they believe I am crazy…I’m just saying [it] for the safety of the drivers."

08/27/18 Former Formula 1 driver Felipe Massa has slammed IndyCar safety standards claiming the series isn't doing much to help the drivers in the series.

The Brazilian's comments come after witnessing former Ferrari team-mate Fernando Alonso get launched over the Sauber of Charles Leclerc hitting his halo at the start of the Belgian Grand Prix.

Just one week prior IndyCar's Robert Wickens slammed into the catch fencing after colliding with Ryan-Hunter Reay, trying to make a pass on the inside of Turn 2. The Canadian's health is improving all the time as he is now breathing unaided and talking to those around him.

He has since had titanium rods and screws put into his spine in order to help his recovery although the full extent of his injuries is still yet to be determined.

Massa himself suffered a horrendous accident during qualifying for the 2009 Hungarian Grand Prix after a spring which fell of Rubens Barrichello's Brawn hit Massa's helmet at high speed, the development of the halo has been helped by the subsequent investigations to prevent such incidents happening again.

He said: "When you see all the accidents that happen in F1 and IndyCar in the last years. We can say that F1 is always trying to improve with (HALO, Track Changes, virtual safety car etc to improve safety) and IndyCar is not doing much…

"It’s unbelievable to see a circuit like Pocono, average speed around 360km and you see the walls lower like that, with the fences, so so dangerous for the safety!!! Sorry to say that, but they need to look for the safety of the drivers…"

Current IndyCar driver Graham Rahal replied to the comments made by Massa by pointing out how important it is for drivers on oval circuits to maintain an unobstructed view and how drivers with injuries come to see IndyCar safety consultant Dr Terry Trammel.

Rahal added: "It's a little easier to do things when your budget is 100s of millions a year, new chassis every year built in-house etc. IndyCar is working hard, the new windscreen will not only work as well (better from the standpoint no open areas) but will be far more aesthetically pleasing!

"For oval racing, you need 100% unobstructed views, halo wouldn’t provide that to us. Also, note open frontal areas would still allow debris to get in the cockpit, new windscreen will not.

"Let’s also not forget the HUGE impact that IndyCar and our doctors such as Dr. Trammel have had on F1, in fact, last I checked when many of them get injured they STILL come to the US to see Dr T! IndyCar has done a hell of a lot for international motorsports safety!"

Massa will drive for the Venturi Formula E team in Season 5 which begins in Saudi Arabia in December.