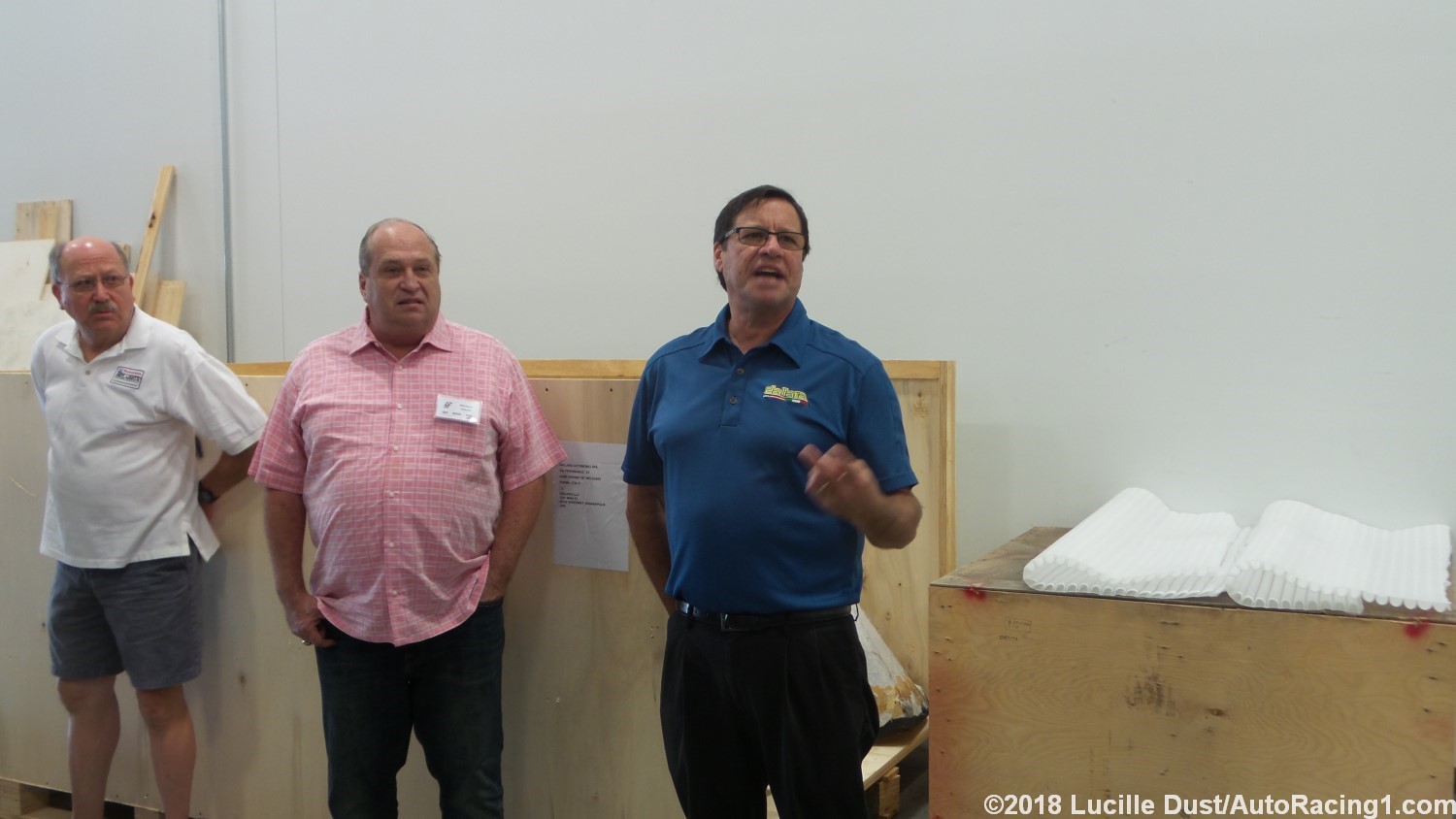 The CART alumni met in Indianapolis this weekend for the 3rd reunion bringing the old racing family together in the home of the Indianapolis Motor Speedway. The weather was perfect for early October with temperatures in the high 70s. The attendees came from all over the US and Canada to catch up with old friends.

On Saturday morning, the group was treated to a factory tour of the Dallara factory in Indianapolis. Nestled on Main Street in Speedway, the factory is the only manufacturer of the Indycar. Dallara also makes cars for all the other series in the world including the Haas F1 car.

Owen Snyder was our tour guide and led the group through the parts of the factory we were allowed in. Due to work they do with other clients, many areas are restricted to outsiders. The same is true at the factory in Italy which is about five times the size of this facility.

Snyder explained that there are five areas in the factory, Parts, Composites, Machine Shop, Quality Control and Assembly.

The Parts department was right inside the door. There are five employees in that area, each one dedicated to the market they sell to, IndyCar, IndyLights, Sports Cars and aerospace customers. Dallara has a transporter that goes to every race to provide parts to teams in the event of an accident.

We were allowed in the Assembly area which is where Snyder talked about the steps in making an Indycar.

"Italy makes the major components of the car, the nose structure, the rear crash structure. Because all the crash testing is done in conjunction with the FIA and it is easier to do that in Europe. They ship us the monocoque. We do all the suspension parts and half of the other body parts here in the factory. We receive the molds from Italy to produce the body parts ."

There were many monocoques for Indycars in the assembly area. Snyder explained that they normally only keep two on hand but Dallara expects to sell more cars before January. "Projected car sales for IndyCar is really up. Due to verbal orders, I think we are going to sell eight or ten cars before next year. I don't think they are for any new teams, just current teams."

A question was asked about the proposed windscreen that IndyCar is developing to increase safety to the drivers. Snyder answered, "The next big issue is going to be more driver protection. Is it going to be the halo, is it going to be the safety screen that IndyCar is working with. IndyCar has an idea. Dallara already produces the halo for other racing series. It is hard to say what is the best because every incident is different."

"The safety screen that IndyCar wants is a big project. This screen would be great to protect the driver in the case of flying debris. The question is would it be strong enough if another car landed on top of it? Probably not because there is no framework. Any solution is going to be heavy. Another issue then is attaching the windscreen to the car."

No trip to Dallara is complete without seeing the space age looking simulator. There are only three of this kind in existence. Dallara has one here and one in Italy. Ferrari has the third one in Italy. Teams rent the simulator to test up to 100 different things for a track on the machine. And a new driver has a good learning tool for any new track.

The simulator can be used for IndyCar, Indy Lights and the Cadillac Sports Car tracks.

A big thank you to Dallara and Owen Snyder for our experience. Snyder was on several IndyCar team for 30 years, starting our at Patrick Racing. He is the winning chief mechanic for two Indy 500s, 1992 with Al Unser, Jr and 1998 with Eddie Cheever. Lucille Dust reporting for AutoRacing1.com