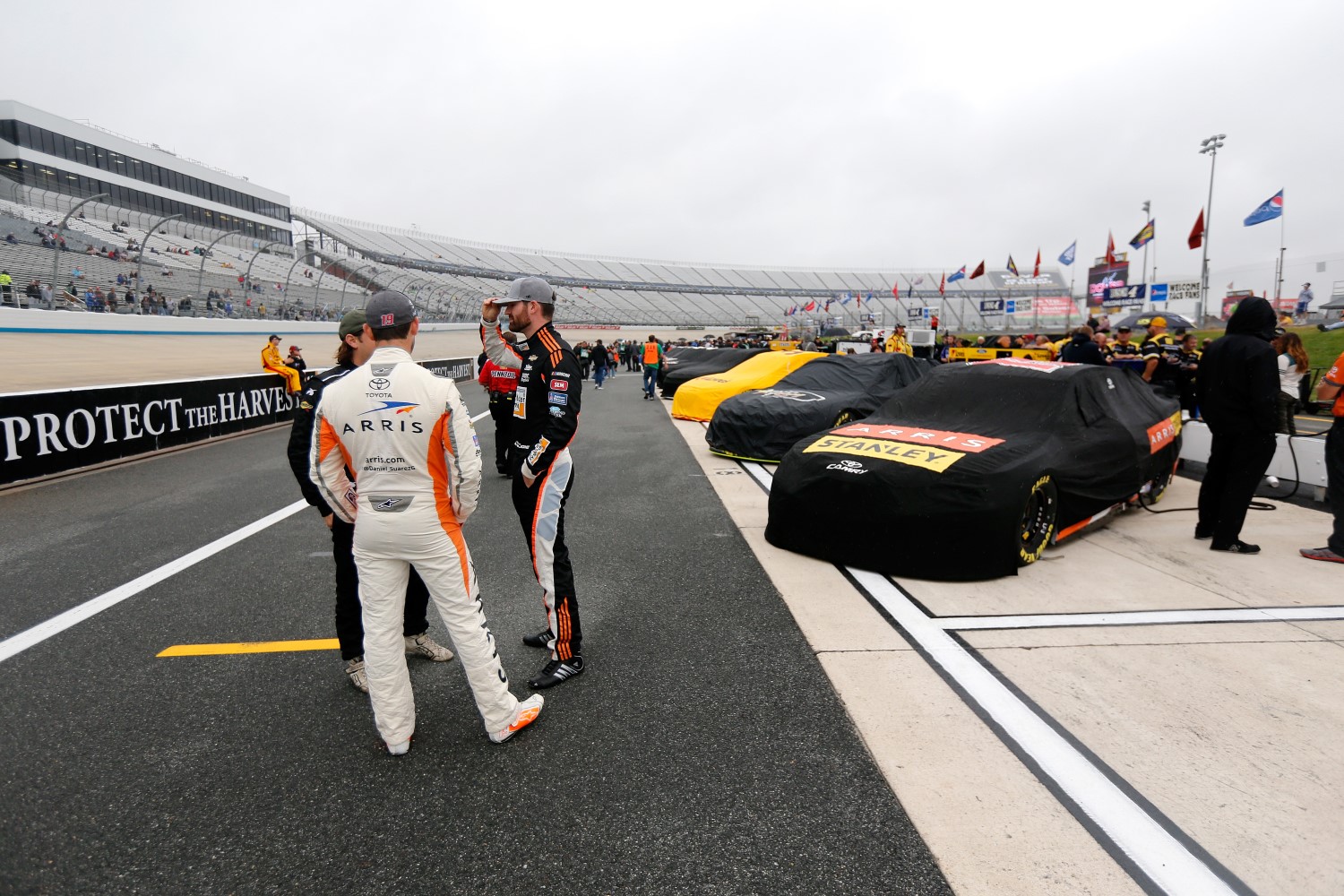 Kyle Busch will lead the Gander Outdoors 400 at Dover International Speedway field to green after qualification was canceled for rain. The starting lineup will be set by owner points.

Kevin Harvick will start to his outside.

The remainder of the playoff contenders will line up on the next five rows. Martin Truex Jr. starts third. Brad Keselowski is fourth. Clint Bowyer completes the top five.

“I thought we had a decent car in practice," Busch said. “The way it felt, it felt good. It didn’t show the speeds on the speed charts. As the practice went on and guys were making their second and third runs, they were coming back to us in lap times. Our car was really consistent over the runs and we were running the same lap times. Other guys started really fast and they were coming to us a little bit.

“Certainly better for us to not have to go out there and bust a fast lap. Speeds were way high here this morning. With the cooler temperatures, it seemed like it was going to be way fast. Excited to have the number one spot going into Sunday. Great opportunity to start the Round of 12 and get rocking."