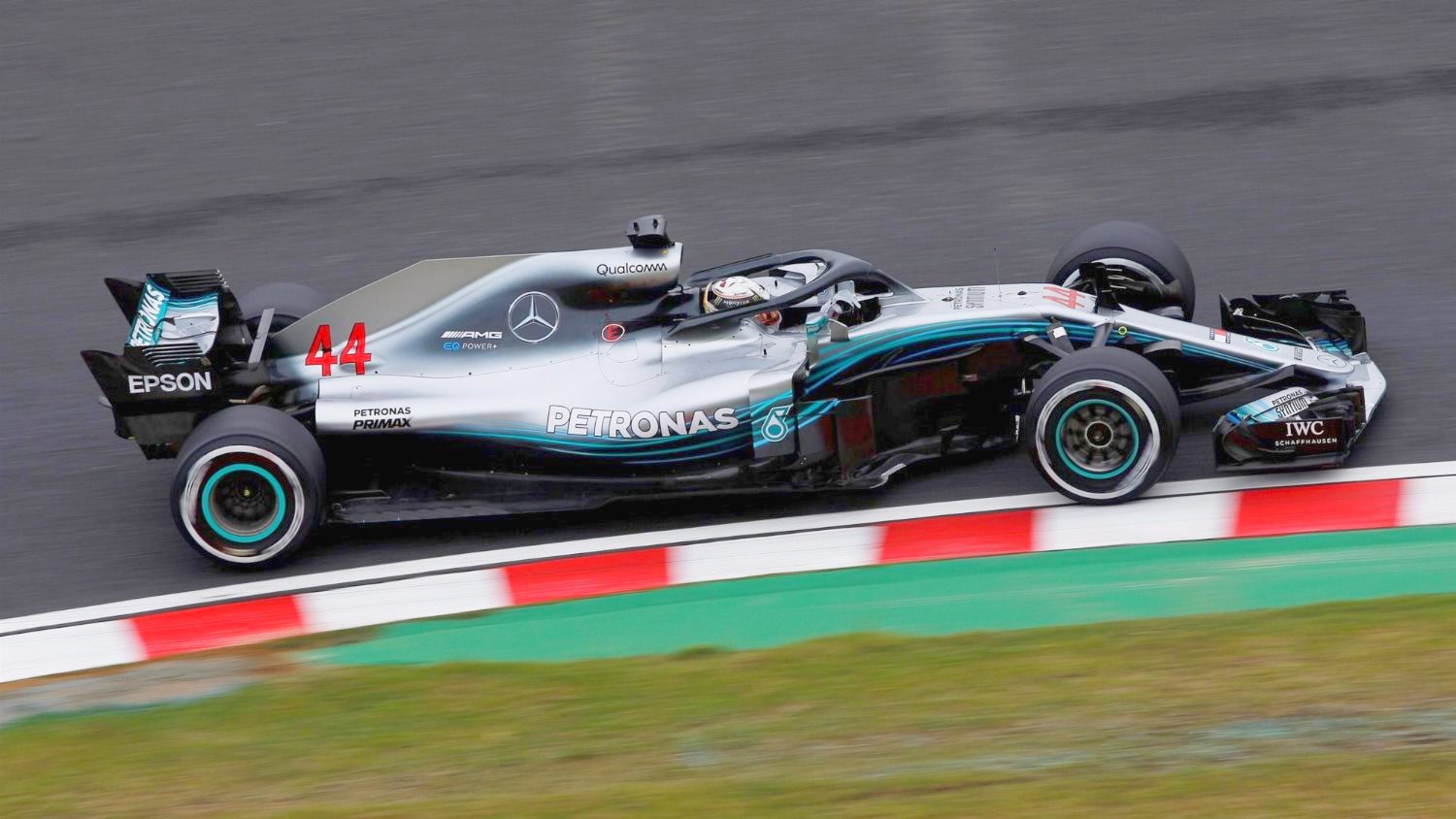 The damp and windy conditions at Suzuka limited running in Free Practice 3, but when the track dried Mercedes’ Lewis Hamilton was on top for the third time this weekend. But the session ended on a sour note for Nico Hulkenberg, with the Renault driver crashing heavily into the barriers and bringing out the red flags with three minutes to go…

The Briton clocked a 1m 29.599s on supersoft tires to finish one tenth up on Ferrari’s Sebastian Vettel, who was much closer to the Mercedes than on Friday.

Kimi Raikkonen was third, 0.455s back from Hamilton, with the sister Silver Arrow of Valtteri Bottas splitting the Red Bull pair of Max Verstappen and Daniel Ricciardo. Verstappen had been left with much work to do during the 60-minute session after a frustrating Friday practice in which he was unhappy with his RB14's handling.