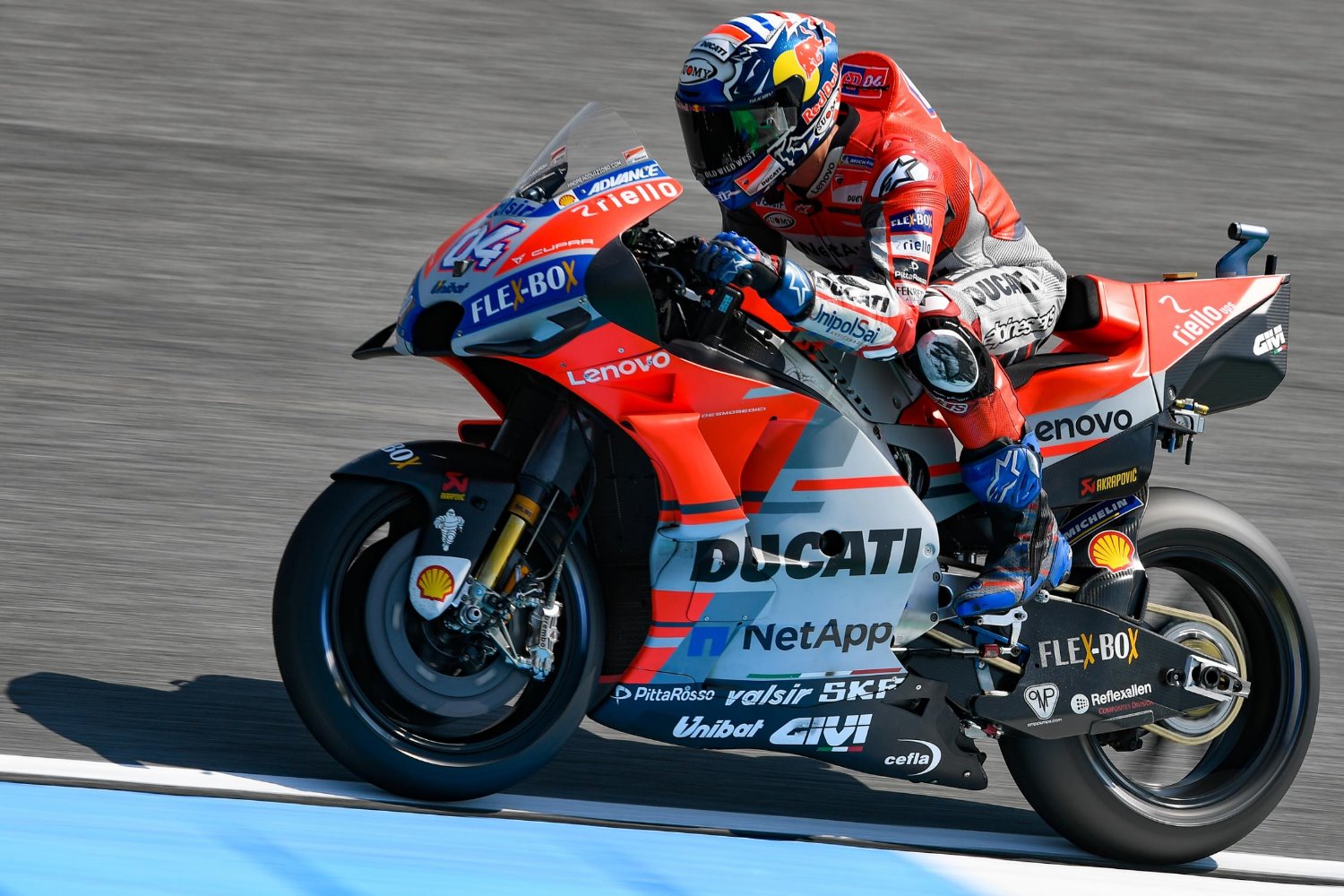 The Italian rider produced a late flying lap to grab the headlines with a 1m 31.090s to beat Vinales by just 0.031s using new soft front and rear tyres with the Movistar Yamaha setting his best lap time on hard front and rear tires.

With Sunday’s race taking place at the same time of day as Friday’s FP2, the majority of the riders targeted race pace in extremely hot conditions at the Thai track, with Dovizioso also impressing over a long run for Ducati.

Disaster struck for Lorenzo heading into Turn 3 with just over ten minutes of the session remaining. As the Spaniard entered the corner, his GP18’s engine seemed to have an issue, causing Lorenzo to be launched over the top of the bike, landing heavily on his already injured right foot as the Ducati machine suffered severe damage. The five-time World Champion was carried off on a stretcher and headed to the medical centre for a checkup, before heading to the hospital for further examinations. Thankfully, the Ducati man was declared fit.

After Xavier Simeon (Reale Avintia Racing) crashed at Turn 3 shortly after Lorenzo’s crash, the Red Flags were shown with just over 12 minutes left of the session to clear the debris and potential fluid that was on the track. After the all-clear was given, the rest of the field came back out to put in a flurry of quicker times on fresh rubber. ViÃ±ales was the first man to oust Marc Marquez (Repsol Honda Team) from P1 after the latter had led the entire session before Dovi and Crutchlow followed suit. Crutchlow improves from P11 in FP1 to end the day as the fastest Honda, with the Championship leader ending the day in P4 – 0.098 the gap between the leading quartet.

Fifth on the combined timesheets was Danilo Petrucci (Alma Pramac Racing), finishing 0.050 behind Marquez to improve from P9 in FP1, with Andrea Iannone (Team Suzuki Ecstar) a further 0.018 behind in sixth despite a fast crash at Turn 4 in FP2. Alvaro Bautista (Angel Nieto Team) managed to string a strong second Free Practice session together to end the day seventh fastest, a big improvement from the Spaniard’s P16 result in FP1 who then suffered a small crash at Turn 3 right at the end of the session – rider ok.